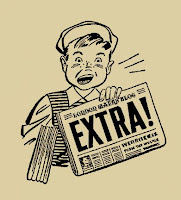 “Lurking around every corner, hiding under every street, listening on every phone line is a secret world of spooks, spies, saboteurs and subversives. Those on the wrong side of the War Against Terror. The capital is full of them… or at least stories about them, as you can discover on Sun 10 May on the London’s War Against Terror walk.

“The walk, which leaves the Charing Cross Thistle Hotel at 2.30p.m. will be led by a man who has read too many dodgy dossiers stamped Top Secret! Confidential! and watched too many films with soundtrack supplied by John Barry. You WILL be taken to the Nazis’ embassy on the Mall to hear how the German ambassador was assassinated on Hitler’s orders; to a site above the government’s not-so-secret Pindar bunker; to the Whitehall office where the government established the ‘Flying Saucer Working Party’; and to the early home of MI6 where the director-general used to stab his wooden leg with a pen-knife to test the nerve of potential recruits.
And even when you head of home your mission may not be over. If you take the Victoria Line you will be using a route built secretly by the government to link major strategic sites across the capital. Above the line stands the new home of MI6, Buckingham Palace, the Queen’s war-time bunker and……”

And there, the signal went (gulp!) dead. The rest of this communication has been censored for reasons of security. Only those who need to know, or those willing to part with seven pounds on Sunday at 2.30p.m may proceed.