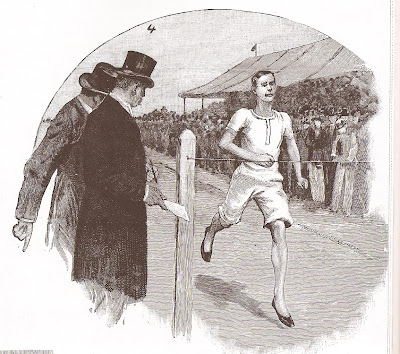 The XIV Olympiad (1948) was staged in London, with Wembley Stadium as the principal venue. But certain events were staged at venues away from the main sites, including:

2. Champion Hill Stadium, East Dulwich
A Sainsbury’s supermarket now stands on the site where 20,000 souls once crammed in to watch Dulwich Hamlet – who now play in a smaller ground a few yards to the south. The football prelims were staged here. Sweden took gold at the Wembley final.

3. Harringay Arena (Basketball)
Only the second appearance for basketball at the Olympics. Rain had marred the final in Berlin 1936, so the London event was staged indoors. The USA took gold beating France 65-21 in the final

4. Finchley Pool, Finchley
Finchley was the unlikely venue for the water polo prelim rounds. The Italians remained undefeated and took gold at the Empire Pool, Wembley