“What do you say to a ramble through London?”

With the old fashioned hustings atmosphere of the BBC’s Question Time programme last week where MP’s were barracked by the audience over the current expenses scandal and the bureaucracy surrounding it, LW Blog was reminded of one of Charles Dickens’s most vivid pieces political satire. Chapter Ten of Little Dorrit is entitled The Circumlocution Office, subtitled Containing the whole Science of Government, and opens thus:

Vote for your favourite Dickens work in our Poll (opposite) and see Westminster up close this week on Monday (by gaslight), Thursday and Saturday.

Another anniversary! This week BBC Radio7 is celebrating the 150th Anniversary of Sir Arthur Conan Doyle’s birth – and doing so in some style! Click HERE for the full schedule of documentaries and dramatisations of The Canon. And you can join Richard IV or Corinna as they lead us In the Footsteps of Sherlock Holmes every Friday at 2.00p.m from Embankment Station.
(For more from the year 1859, see last week’s Weekly Gallimaufry for our Wind in the Willows piece – and don’t forget to vote in our Dickens Poll celebrating the 150th Anniversary of A Tale of Two Cities, opposite right.)

A re-print. A Second Edition…

David’s piece from last week’s Gallimaufry generated so many LW Blog hits that we’ve decided to run it again. It’s about taking your kids on London Walks. (While on the subject of reprints… London Walks London Stories, the London Walks book has gone to a second edition just a few weeks after publication. David, Adam and Richard III are all selling copies on their walks so be sure to ask them.)

“Kids on walks. It’s usually not the best of fits. For obvious reasons. But help is at hand. Spectacularly so. In short, there’s a one-size fits all solution. Okay, almost all. It’s probably not right for wee winks. But 8-year-olds on up: well, here’s the answer. 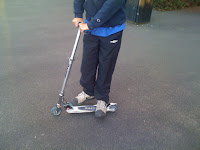 It’s courtesy of an Australian couple who – along with their two kids – were on my Along the Thames Pub Walk last Friday. Of course I noticed they were toting scooters and asked the parents about them. This was the reply:

‘We learned about it from our friend. She loves walking tours. Her kids hate them – they get bored. So the last time she was here she brought the kids’ scooters along. Voila! Problem solved. Kids as happy as could be – tootling around on their scooters (within sight of the group of course) AND burning up lots of 9- and 10-year-old energy.’

And parents as happy as could be because they’re getting to go on their walk and not having their kids bored and fretting and squirming and ‘how much longer-ing?’

‘We’ve been on three walks so far – and it works a treat. We get to enjoy our walk; our kids are along for their ride (notice it’s ‘their’ ride, not ‘the ride’ – and they’re loving it. It’s absolutely brilliant.”

That’s the one-size fits all solution. There’s a much more painstaking solution – namely, pick your guide and your walk very carefully. Because some guides – and some walks – are right for kids. Even though the walks are pitched at adults, not kids. You want corroboration just take a look at the little film of Shaughan guiding his Ghosts of the Old City. Those two happy little people skipping along beside him aren’t short adults. They’re kids.

Finally, take a look at the Walks for Kids page on The Mothership.

Well, not quite finally. The whole episode crystallises something else - namely, why, we as guides, love guiding walking tours. It's in part because of the people you meet on them. Walking tour types are the sort of tourist you want to meet. They're bright, switched on, resourceful, good fun. It's not just a one-way street. In short, we learn from you guys, just as you learn - we hope - from us.”

Coming Soon on the LW Blog

To mark London’s third hosting of the Olympic Games, an occasional series on Great London Olympians. The series will open with Fanny Blankers-Koen, the Dutchwoman who won four golds and the hearts of even the most war-hardened of Londoners in 1948. The series was inspired by a story of a great London-born Olympian from bbc.co.uk which can be found on the London Walks Walkers Facebook Group. Click HERE to read it.

Wrack Your Brain (Just for Fun)…

Our Sherlock Holmes headline above – The Game’s Afoot – is an oft-repeated catchphrase of the great detective. But do any LW Bloggers know the origin of the phrase? Drop us a line at londonwalksblog@gmail.com if you do. We’ll post the answer next week! While we’re at it… our strapline this week – “What do you say to a ramble through London?” – is a line from a Sherlock Holmes story. But which one. Email the usual address.) 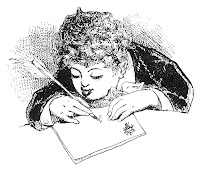 Got a question? Got a photo? Got a suggestion? Send ‘em to us at londonwalksblog@gmail.com.
Contact us/get updated through our Facebook group London Walks Walkers (see link below)
Sign up for our NEW subscription service by simply entering your email address opposite. You’ll receive LW Blog posts straight to your inbox.