“I'm leaving because the weather is too good. I hate London when it's not raining.” Groucho Marx

First things first… If you’re one of the multitude of London Walkers looking for David’s top tip on how to keep your kids from driving you mad on/preventing you attending a London Walk, click HERE. (This is the third week in a row for our most successful post EVER!) 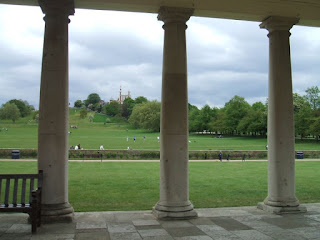 London Walker and London Walks Facebook Group member Geraldine sends us a dramatic shot taken on the Greenwich Walk, looking up toward the observatory. Those of you looking in on the capital in 2012 via your TV screens will be treated to a version of this view when it serves as the backdrop to the equestrian events at the third London Olympic Games. (Later this week our new series Heroes of the London Olympics launches with the great Fanny Blankers-Koen.)

Thanks for the pic, Geraldine. Keep ‘em coming, everyone! Our email address is londonwalksblog@gmail.com.

On last week’s Weekly Gallimaufry, we asked you to identify the origins of our Sherlock Holmes-themed strapline “What do you say to a ramble through London?” It comes from The Resident Patient which can be found in the collection The Memoirs of Sherlock Holmes. On the same theme (and same post), we asked you to pinpoint the literary origin of Conan Doyle’s famous Sherlockian catchphrase “The game’s Afoot”. It’s from William Shakespeare’s Henry IV (Part One) act I scene iii, the original line being: "Before the game is afoot, thou still let'st slip." (Our illustration is a Royal Mail stamp issued in October 1993 to mark the 100th anniversary of ACD’s tale The Final Problem.)
The In the Footsteps of Sherlock Holmes London Walk takes place every Friday at 2.00p.m from Embankment Station.


Walking Words on the Web

A great London Walks plug from the keyboard of London-based blogger Afternoon Tea Break who writes the timely blog Career Changing in the Credit Crunch. Her London’s Locales for Booklovers piece was posted on another excellent blog Laura Reviews, a blog which Laura describes (accurately, as it goes) as “a library of cultural conversation”.

“London,” Afternoon Tea Break writes, “is a great city for walking.” We would tend to agree, ATB. To the read the whole piece, click HERE. (Both are perfect blogs, being lively, informative and unique – do swing by and bookmark ‘em when you get a moment.)
Elsewhere in cyberspace, a London Walker has posted her review of London Walks, London Stories, the London Walks book. Read it in full HERE. The line in the review that reads “(The LW guides are) funny, informative – and sometimes even cute!” has led to great consternation over at London Walks Towers with Nick, Tom and Richard III all slugging it out for the title of “the cute one”. 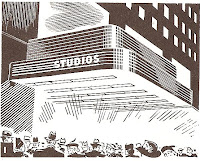 LW Blog readers who come to us via The Mothership (or www.walks.com to give it its full Sunday url) will have already seen the new London Walks film. Facebook Friends and Facebook Group members were also treated to a sneak preview last week. Now it’s the turn of LW Bloggers. Click HERE to view it.

London on the wireless this week… Tuesday (26th May) on BBC Radio 4 (11.30a.m) sees a celebration of London’s great thriller writer Len Deighton in The Deighton File (see our earlier post London Reading List No.6 for a review of his wonderful alternative history thriller SS-GB… Also on BBC Radio 4 this week, Ian Hislop looks for the King who was always “chopping-and-changing”: The Six Faces of Henry VIII is broadcast on Monday morning (25th May) at 11.00 (London Links, opposite, for BBC Radio 4 website and their 7-day “Listen Again” facility.)