Up for the Cup

Blue is the Colour 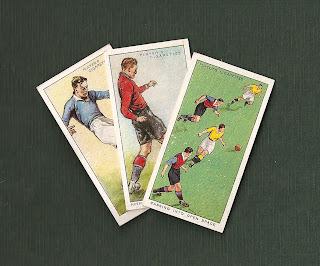 And so a London club – Chelsea, the Blues, the Capital’s most fashionable side – won the F.A Cup – beating Everton at Wembley 2-1 yesterday afternoon. Before the match, the supporters of both sides sang the hymn Abide With Me, a tradition born in 1927 when the F.A Cup left England for the only time as Cardiff City (of Wales) defeated London giants Arsenal in the final (by a single goal, scored by a Scot, Hughie Ferguson). Abide With Me was included on the song sheet because it was the favourite hymn of King George V and Queen Mary, who were both in attendance at the Wembley Final in that year. King George was also the first reigning monarch to attend the F.A Cup Final – which he did in 1914 (the last to take place at Crystal Palace) to witness Burnley defeat Liverpool 1–0. (King George V’s statue can be glimpsed on THIS WALK).

The F.A Cup Final is the match that traditionally puts our football season (by ‘football’, North American friends, we mean Soccer) to bed. Hereafter, we don whites to beat Australia in the Ashes and conquer Wimbledon with Andy Murray. Ahem. 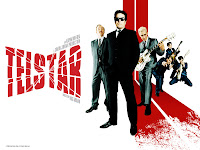 Our raison d’etre here at the LW Blog is, of course, to get you out and about on a London Walk – on your feet, endorphins surging and burning off those calories – while at the same time making sure you’re not burning any fossil fuels on bus trips. We’re just SO 21st century. But from time to time we don’t mind if you take in the odd movie. We regularly fire you off in the direction of YouTube to view Jon Klein’s bijou masterpieces promoting London Walks. A couple of weeks ago we gave you a glimpse of the new Sherlock Holmes on the big screen (in fact, here it is again: click HERE.)

In the same spirit, one of London’s great, uncelebrated pop legends hits the big screen in June. Telstar tells the tale of record producer Joe Meek, the first genius of British pop who ruled the UK charts in the murky twilight between Elvis’s Hollywood exile and The Beatles. The man who has been referred to as everything from the first British punk to “The British Phil Spector” (ouch!) was brought to the stage in 2005 in a blistering performance by Con O’Neill – who reprises his portrayal in the new movie. View a trailer HERE. The movie also stars Kevin Spacey, current Artistic Director of the theatre that provides the crescendo to this walk.


Yum 2 (Or Yum Squared… By Which We Mean Yum Yum, of Course) 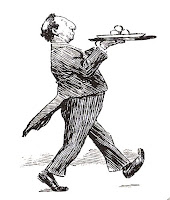 Those of you who bookmark/subscribe to or just regularly swing by the LW Blog will recognise the bustling wee fella pictured here. We call him Alphonse, the LW Blog maître d' and he’s the harbinger of one of the great delights on the London Walks Programme: Ann’s Foodie London Walks. Next Saturday (6th June) she’s doing her Foodies’ West End number, meeting at 10.45 am Green Park tube, Ritz exit. Almost as good as the walk itself is her unique little LW Blog post to accompany each outing. The next one goes up on Thursday.


You Ask the Questions 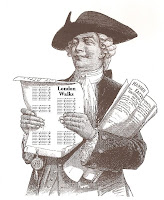 From time-to-time when guiding a London Walk, an intriguing question will rise out of the throng. And from time-to-time we’ll share the question, the answer, and expand on both here at the LW Blog. One such query arose on the Kensington London Walk with Adam last Saturday.

“What,” asked an Australian London Walker, as we walked away from our visit to Hornet’s, the unique and eccentric gentleman’s outfitter that is a regular stop-off on the Kensington walk, “is the original meaning of the word ‘bespoke’ and where does it come from?”

How about this definition from Savile Row tailor Thomas Mahon, taken from his website www.englishcut.com.

“A lot of people use the terms ‘bespoke’ and ‘made-to-measure’ interchangeably. They are mistaken.

'Bespoke' is actually a term which dates from the 17th century, when tailors held the full lengths of cloth in their premises.

When a customer chose a length of material, it was said to have ‘been spoken for’. Hence a tailor who makes your clothes individually, to your specific personal requirements, is called ‘bespoke’. This is unlike ‘made-to-measure’, which simply uses a basic, pre-existing template pattern, which is then adjusted to roughly your individual measurements.”

The Kensington walk goes every Thursday and Saturday at 2.00p.m. (Any more queries? Email 'em to the usual address: londonwalksblog@gmail.com.)