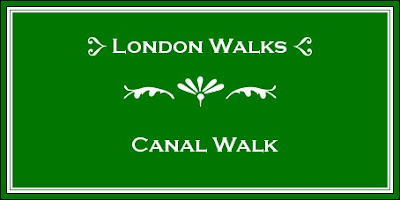 It remains the best way to blow off the cobwebs of a Sunday: The London Walks Canal Walk. Here’s Roger with a preview of tomorrow’s bunberry…


“Little Venice needs no introduction. Home of poets, actors and film stars – and itself a film location. A beautiful area, with the Regents Canal as its centre-piece.

On to an extravagant piece of Victoriana called ‘Crocker’s Folly’ – how did it get this name?

Regents Park – John Nash’s magnificent creation. The grand villas that we pass were part of his plan, too.

Decimus Burton’s success in laying out London Zoo has paved the way for many pieces of award-winning architecture since. For instance, Lord Snowdon’s Aviary still looks a fitting home for exotic birds.

A floating Chinese Restaurant adds a colourful oriental touch to the Canal. As it is obviously much bigger than anything else on the canal, it also adds a touch of mystery. How did it float here?’

And there’s much more – so come and explore. The Regent’s Canal - Little Venice to Old Camden Town Walk meets at Warwick Avenue tube station on Sunday 13th June at 2.30 p.m.