Blog Extra (or… Give Me Answers!) 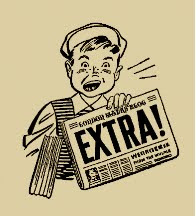 Thanks to all who joined in with the Fleet Street Half & Half earlier tonight – our third Pub Quiz Walk – and congrats to our two prize winners!

The next Pub Quiz Walk is next Monday 19th July meeting 7pm at Embankment Station – it’s called the Political London Half & Half. For full Pub Quiz Walks schedule, click HERE.

Your guide and quizmaster will be Adam whose favourite film in this LONDON WALKS BLOG FILM WEEK is… “The Ladykillers, the original version. Gruesome and hilarious. Alec Guinness would make your skin crawl as the clammy and deranged criminal mastermind: almost as terrifying as the Neo Gothic shadows thrown across the celluloid by George Gilbert Scott’s St Pancras hotel.”


Last week we ran some questions from our last Pub Quiz Walk… as promised, here are the answers…

1. Three Queens are commemorated in statue form along the length of Fleet Street. Which Queens?
A. Queen Victoria, Queen Elizabeth I & Mary Queen of Scots

2. Who was the last Prime Minister to die at Downing Street?
A. Henry Campbell Bannerman.

3. The three orange squares on the English Monopoly board – Vine St., Marlborough St. & Bow St. – are, unlike the other colour groupings, in three different neighbourhoods. Why are they grouped together? What links them?
A. Law & Order – Vine St police station, Marlborough St Magistrates’ Court & the Bow Street Runners.

4. Who was the last British winner of a singles title at the All England Lawn Tennis and Croquet Club – popularly known as Wimbledon?
A. Virginia Wade 1977.

5. “The Tottenham Sound Has Crushed The Beatles!” Thus ran a Daily Express headline from January 1963 (!). Which group were purveyors of the so-called “Tottenham Sound”?
A. The Dave Clark 5.

1. The deepest station on the Underground network is…?
A. Hampstead.

2. I have two gates and more hills than any of the others – four in total. I’ve got a City, a Circus and a cathedral… but only one Road. Which tube line am I?
A. Central Line.

3. The Bakerloo line takes its name from an amalgam of the stations Baker Street & Waterloo. For which line were the following names suggested: “Mordenware”, “Medgway” and “Edgmorden”?
A. The Northern Line.

4. At 34 miles long which is the longest line on the London Underground?
A. The Central Line.

1. Name the 1969 musical film that was shot in and around Hampstead Village.
A. Le Bicyclette de Belsize.

2. Which underground river rises on The Heath and joins the Thames at Blackfriars?
A. The Fleet.

3. The painter George Romney had a famous mistress. Her name?
A. Emma Hamilton.

4. What is the Ham & High?
A. A newspaper – the Hampstead & Highgate Express

5. The last woman to be hanged in England murdered her boyfriend on Easter Sunday 1955… at which Hampstead pub?
A. Ruth Ellis at the Magdala pub.