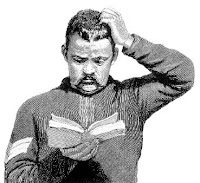 1. What colour is Whitehall on the standard English Monopoly board?
A: PINK
2. In the recent Sherlock Holmes movie, who played Watson?
A: JUDE LAW
3. Its nickname is The Gherkin: what’s its real name?
A: THE SWISS RE BUILDING
4. Why was Madonna issued with an official warning from Westminster City Council last week?
A: A NOISY PARTY WAS HELD IN HER LONDON HOME

And last week’s REAL tough one…

1. What colour is the roof of the Ministry of Defence?
A: GREEN
2. What democratic anomaly links: Arthur Balfour, Gordon Brown, James Callaghan and Sir Alec Douglas-Home?
A: EACH SERVED AS PRIME MINISTER WITHOUT BEING ELECTED BY THE NATION
3. Edina and Patsy were the central characters in which London-set sitcom?
A: ABSOLUTELY FABULOUS
4. Which famous school did our current Prime Minister attend?
A: ETON
5. I have one North down south and two Easts up north; I get Cross three times and have both a Common and a Green – and although I have both an Oak and a whole Wood, I only have two branches. Which tube line am I?
A: THE NORTHERN LINE