Blog Extra… On the Waterfront 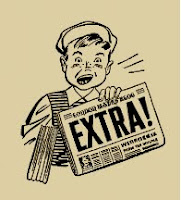 Roger’s on the Towpath again this evening…

“Little Venice – owes its name to an author. A beautiful area, home to actors and film stars, and an inspiration for a poet - and the Regents Canal at its centre.

Regents Park – John Nash’s magnificent creation. The grand villas that we pass were part of his plan, too. One of them was a Decimus Burton creation.

A very different commission for him was the construction of London Zoo. Since then, it has attracted more award-winning architectural designs by famous architects. For instance, Lord Snowdon’s Aviary looks an imaginative and fitting home for exotic birds.

A floating Chinese Restaurant adds a colourful oriental touch to the Canal. As it is obviously much bigger than anything else on the canal, it also adds a touch of mystery. How did it float here?

And there’s more – so come and explore."