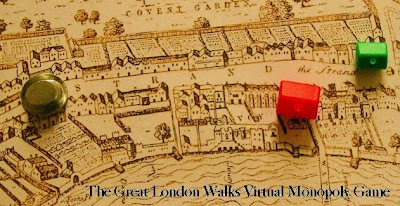 This occasional LW Blog series is a virtual tour of the London Monopoly board in which we give you a “Did you know?” London fact with which to amaze your fellow kitchen table capitalists next time you are playing the classic Hasbro board game…

Rolling the dice we throw a… three and a three: 6!

From the “Fleet Street” square (see last roll), this roll takes us to… Piccadilly! 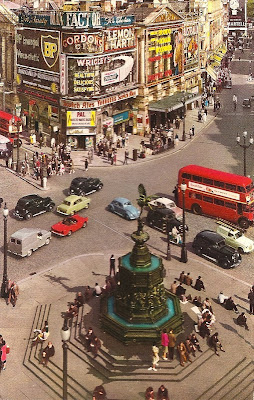 Piccadilly is the third of the yellow squares on the northern side of the traditional English Monopoly board and is worth £280 undeveloped. It is entirely appropriate that a part of town so associated with entertainment should itself have starred in many a movie. It is namechecked in The Great Escape when Eric Ashley-Pitt (David McCallum) and Roger (Big “X”) Bartlett (Richard Attenborough) are bidding each other farewell in the tunnel prior to the escape attempt. “See you in Piccadilly,” says Bartlett. “Scott’s Bar,” replies Ashley-Pitt. Piccadilly also features in the John Wayne actioner Brannigan, in crucial and dramatic scenes – a film that also stars Attenborough.

See Piccadilly on the West End on Film Walk.