It’s a London Thing No.3: The Routemaster Bus

The great H.V Morton, a prolific and passionate chronicler of London, once wrote that the capital was composed of only three colours: black, white and red. Black for the soot that clung to the buildings, the more noted of which were originally of white Portland Stone. The flecks of red were provided most vividly by the sight of London’s fleet of Routemaster buses – the famous double-deckers huffing and puffing their way from Clapton Pond to Victoria, from Tower Hill to Trafalgar Square and all points beyond and in between.

First built by Associated Equipment Company in 1954 and in service from 1958 – 2005, the red Routemaster buses remain a London icon. This despite the fact that the last one was built as long ago as 1968. Once ubiquitous in London, only two remain in captivity: the No.15 and the No.9. 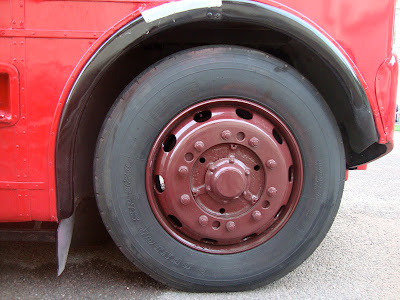 The simple hop-on, hop-off system remains sorely missed by many a Londoner. Few simple London thrills can equal the sight of the No.15 slowing to a halt in Fleet Street traffic and the sudden urge that follows to hop aboard. Follow the urge, jump on and take the bus all the way to The Tower via St Paul’s. If you’ve got the time, stay on board for the return trip to Trafalgar Square. In fact, make the time. Where else in the world can you travel on a time machine so easily? Only here. It’s a London Thing.