Pub Quiz in Kensington – A Warm Up! 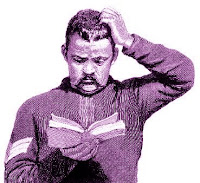 1. The Festival of Britain, which opened in 1951, was the project of which Deputy Prime Minister?

2. The big flag pole on the South Bank was a gift from the people of which Canadian province?

3. The acronym NFT stands for…?

4. Which actor’s statue stands outside the National Theatre?

5. When it was built it was the world’s largest observation wheel. Its name?

7. Which George Orwell novel is set in Lambeth?