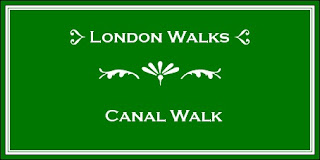 The urban and near-rural, all in one walk. Roger’s down by the canal again. Here’s what he has to offer on Tuesday night…

“It often comes as a great surprise – that much of this Canal Walk is alongside the trees and grassland of Mile End Park. In a way, it’s a pleasant throwback to the countryside which was here when the Canal was built, in the early 19th century.

By contrast, Dr. Barnardo’s Ragged School Museum preserves the memory of what school looked like in the late 19th century.

The Grand Union Company’s steamers to Antwerp are long gone, but Limehouse Basin is full of boats. There is a complete mixture of narrowboats, dutch barges, seagoing cruisers and sailing yachts. As well as Dickensian pubs, there are good views along the Thames to a number of well-known landmarks.”