Plaque of the Week No.66

You've seen them all over the city: discs, tablets, cameos and plaques commemorating the great and the good of London Town. Every Tuesday we track down a London plaque (Blue or otherwise) and put it centre stage on the The Daily Constitutional. This week…


On Saturday last we looked to Doctor Johnson and his most famous quote for our Culture Sandwich.

Today we look to the man, without whom, many of these quotes would be lost to us. Such as this one:

"Mr. Johnson, I do indeed come from Scotland, but I cannot help it."

"That, Sir, I find, is what a very great many of your countrymen cannot help." 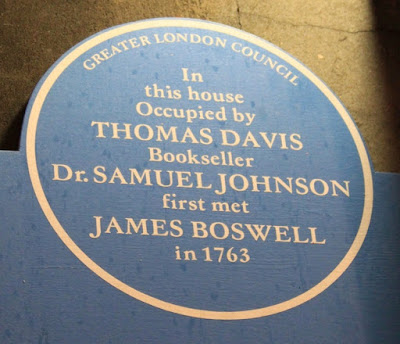 The occasion was the very first meeting of Johnson and James Boswell (1740-1795), lawyer, diarist, biographer and author – which took place in the home of a bookseller in Russell Street, Covent Garden.

At the age of nineteen, Boswell took the decision to convert to Catholicism, thus enraging his Calvinist parents. To escape their ire, he fled to London – a fate worse than Catholicism to the average Scots Calvinist – and took up the life of a libertine. His Life of Johnson, featuring as it did actual conversations with his subject (unique for its time) blazed the trail for modern biography.

Meet Boswell and other colourful Scots on the Scotia Nostra Walk – Scots in London this evening for St Andrew’s Night – meet at Embankment Station 7.30p.m.

In and Around London... More London Pub Signs

Monday is mute on The Daily Constitutional (well, almost mute) – because Monday is the day when we post five images captured in and around London by London Walks Guides, London Walkers and Facebook friends. Collated on a theme or an area, if you've got some great shots of our capital and want to join in send your pictures to the usual address. 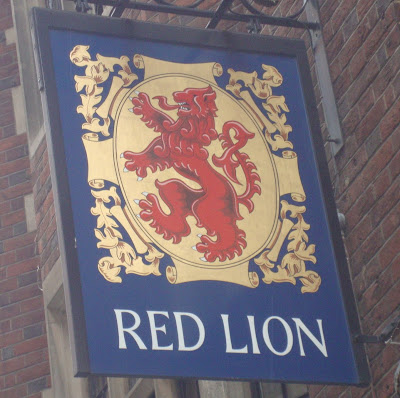 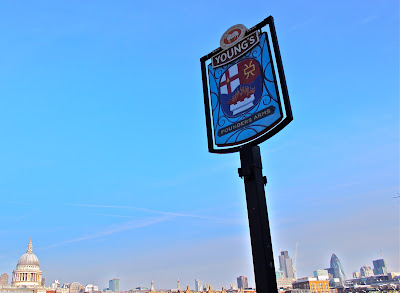 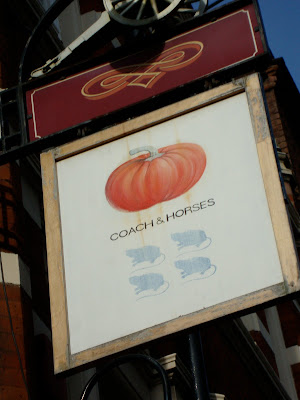 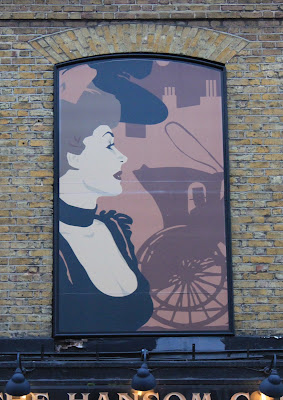 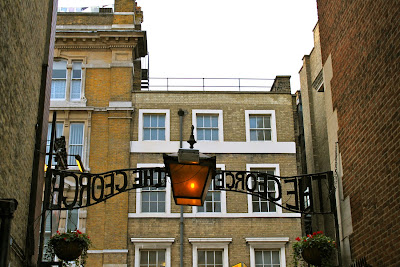 Leaving The George in Borough High Street (after having tarried a while, we hope). 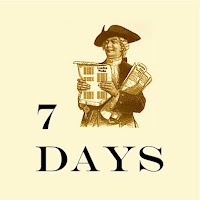 Seven Days is our weekly round-up of all things London & London Walks in which we highlight seven top news stories rounded up from our Facebook page and seven recommended London Walks for the week ahead.
If you've spotted a London news story that may be of interest to London Walkers you can email it to the usual address

The East London Design Show – from The Hackney Citizen

Bridget Riley at the National Gallery – from the Daily Telegraph

Four Day party for the Royal Wedding – from the Evening Standard

William & Kate to Wed at The Abbey – from the BBC

Rufus Wainwright to Play Royal Opera House – from the NME 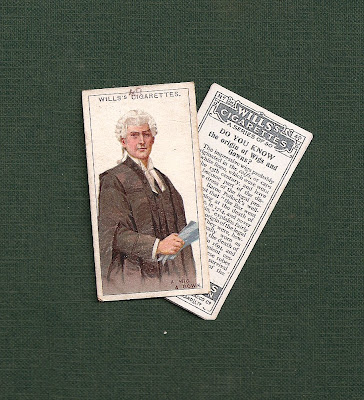 Saturday: The Olympics Are Coming 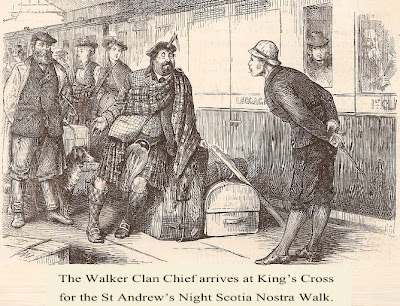 For those who’d like to dress appropriately, here’s the Walker clan tartan.

£1 discount for anyone dressed in a kilt! 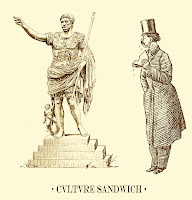 Our Saturday series aimed at those who work in London – highlighting the nooks, corners and green spaces in which one can linger of a lunchbreak. Grab lunch and catch up on those familiar landmarks that you never seem to have the time to look at on your way to and from work in the company of our Saturday Girl Karen Pierce-Goulding, winner of the prestigious Blue Badge Guide of the Year award.

Is any other quote about our metropolis invoked more often than Samuel Johnson’s line about being tired of London? We think not.

Johnson was one of 18th Century London’s most colourful characters, a larger than life, bon viveur with a passion both for the spoken and the written word he is probably best remembered for compiling the first comprehensive English Dictionary. 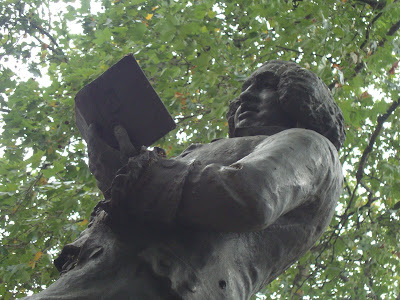 His statue – at the end of The Strand, behind St Clement Danes church – is the work of Percy Fitgerald. Completed in 1910, it manages to capture something of Johnson’s mental energy and enthusiasm as he stands in intent concentration, book open in hand. At the base of the statue is a likeness of his companion and biographer James Boswell, who carefully recorded Johnson’s rhetoric for posterity in his Life of Johnson.

Never short of a word or two, Johnson pronounced, whilst enjoying a drink at Ye Olde Cheshire Cheese (one of his preferred Fleet Street hostelries) “Claret is the liquor for boys; port for men; but he who aspires to be a hero must drink brandy”. Ye Olde Cheshire Cheese (145 Fleet Street, EC4 Tel 020 7353 6170) is still there, little changed since Johnson’s day. In fact it’s been serving customers since 1667. Tuck into some jolly good pub grub as you sit back and relax in one of the pub’s original tap rooms cosily warmed by the glow of their real log fires.