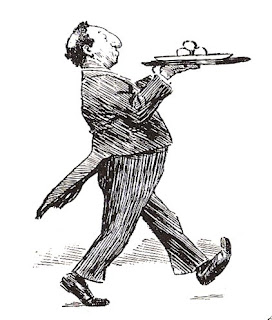 Ann’s on the Foodie trail again this Saturday…

“So Prince William and his bride are to have not one but two wedding cakes. The main attraction will be a traditional fruit cake, decorated with flowers.

Nothing unusual there – but I was intrigued though by the second wedding cake, which will be made by McVities, home of HobNobs and Chocolate Digestives. This will be a Chocolate Biscuit cake – apparently a great childhood favourite of William.

McVities will be making a few hundred extra slices – just as well as apparently they will be using 1,700 Rich Tea biscuits and 17 kilos of dark chocolate. And according to their ‘Cake Design and Development Head Chef’, it will be decorated with ‘contemporary and modern chocolate display work’. So no flowers on that one, I suppose.

There’s a McVities factory in Harlesden – easily identified as you pass by the delicious baking smells wafting on the air. But the Royal Cake is being made in Stockport – or rather, assembled, as no cooking is required.

McVities are keen to point out that they’ve made wedding cakes for the Royal Family for many years – including the cake for William’s grandmother. The firm started in Edinburgh in 1830 as McVitie & Price, and eventually merged with another Scottish bakery to become United Biscuits. Rich Tea biscuits are said to have first been baked in the 17th Century by the chef to Thomas Wentworth – who ended up having his head chopped off on the orders of Charles the First. But back to the 21st century.

Darren McGrady, at one time chef to the Queen and to Princess Diana, gives a recipe for Royal Chocolate Biscuit Cake in his book, Eating Royally:


Most of us must have a soft spot for chocolate biscuit cake, or chocolate refrigerator cake, which you can dress up with candied cherries, brandy, nuts and anything else you have lying around. And you don’t need to use Rich Tea – anything else you have in the biscuit line is probably fine. Just the cake to serve for your Royal Wedding street party.”

This Saturday, April 2nd, it's Epicurean, Gourmets', Foodies' London. It goes at 10.00am from MonumentTube, the Fish Street Hill exit.

One of our all-time favourite London second hand bookshops is on the move. The wonderful Unsworths – with London's best selection of London books – is moving from its current home in St Martin’s Court to its rightful spiritual home just around the corner in Cecil Court. And they’re having a half-price sale to celebrate the flit! 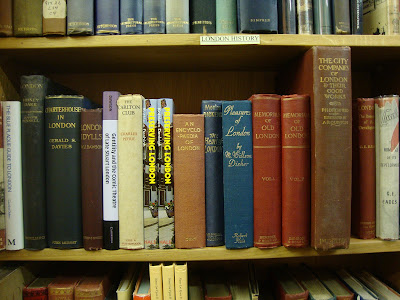 We paid a visit yesterday and picked up a fascinating volume on 300 years of history at Piccadilly by Arthur Dassent. It wasn’t until a moment ago, however, upon flicking through the book, that we found a little bonus inside. Here it is… 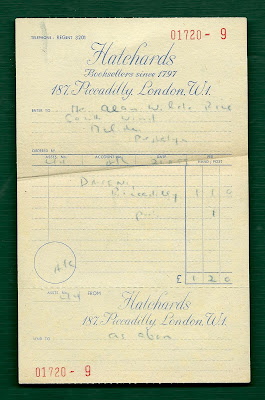 … it’s the original bill from Hatchards bookshop (also still going strong!) back when the book was sold first time around.

The bill dates from 1955 – 35 years after the book was written – and lists the price (inc. postage to the customer) as one pound and two shillings.

And it wasn’t all that much dearer than that at the Unsworths sale in 2011!

Good luck to all at Unsworths in their new home – for those of you too far away to visit any time soon, their website is HERE.

It's a London Thing No.29: Savile Row 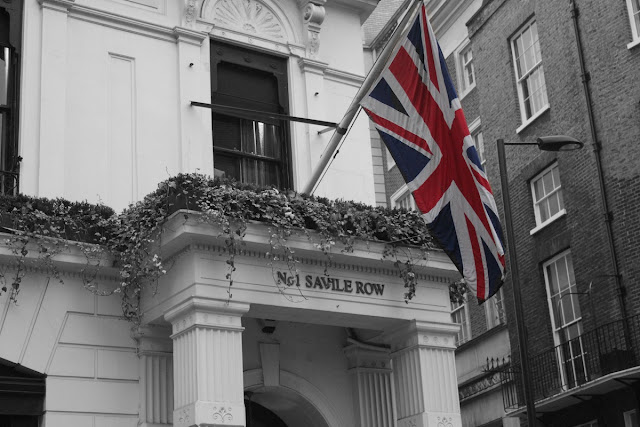 No London thoroughfare is more possessed of its own legend than Savile Row.

I know of no other fabled London street – and London teems with fabled streets – that has its address emblazoned on almost every property.

Walking along this famous home of world-class tailoring, almost every shop front and office reminds us that we are in Savile Row.

This is more than a handy hint for the absent-minded stroller who may have let the name of the street slip his or her mind.

The statement is: Savile Row equals Quality. Excellence. An excellence for which it justifiably famous through its fine and historic tailors…

You can read the rest of this post in the It's A London Thing eBook – available from the Amazon Kindle Store now.

We were thinking of naming these four architectural grotesques…

Why would we do such a thing? Any ideas?

Plaque of the Week No.82 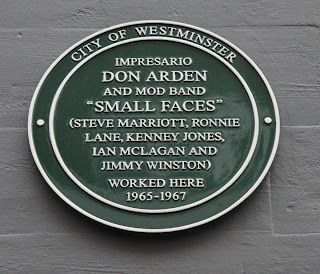 Arden is said to have once held Robert Stigwood over a balcony of a fourth story window in an attempt to discourage Stigwood from poaching one of his clients away from him.

Among his charges in the 1960s were The Small Faces, the East London mods who rose to international fame with such hits as Itchycoo Park, a satire on the Hippie mores of the late 60s with a title inspired by an East London park (possibly Little Ilford Park, possibly Wanstead Flat).

It’s an odd commemoration in that two of the five people named on the plaque are still alive – Kenney Jones (the Small Faces drummer, who unveled the plaque) and Ian McLagen (the keyboard player) are still going strong.

The plaque also marks Carnaby Street as the epicentre of Swinging London style.


Suited and Booted: A History of Men’s Fashion walk takes in Carnaby Street. It goes on 24th April at 10.45am, meeting at Piccadilly Circus by the statue of Eros.

The Rock’n’Roll London Walk goes every Friday at 2pm