A headline caught our eye in The Evening Standard: 25 Reasons To Go To The Edinburgh Festival.

Dearie me. And this from London’s newspaper.

In riposte, we feel we should compile our own list: 26 Reasons To Stay In London In August. 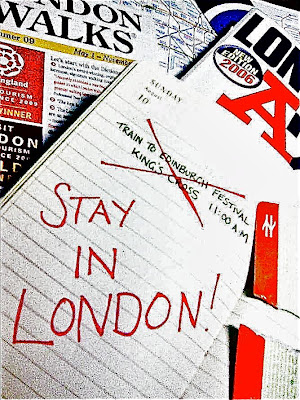 1. All the best Edinburgh Festival stuff comes to London anyway.


Right. Glad that’s cleared up. Now to accentuate the positive…


2. Party Like It’s 1951
Beach huts on The Thames! Susan the Straw Fox! The Festival of Britain commemorations on the South Bank are vivid and colourful fun. 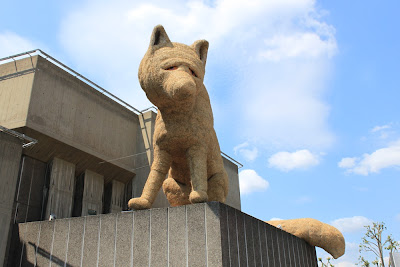 3. The Space exhibtion at the Science Museum
Boldly go to South Kensington.

4. Royals Rebooted
The Duchess of Cambridge’s frock on display at Buck Pal.

6. Out!
The 4th Test, India v England at The Oval 18th – 22nd August – a Test match is one of THE great days out in sport. And it’s the quintessentially English game.

7. Carnival!
The World-famous Notting Hill Carnival takes place at the end of August. 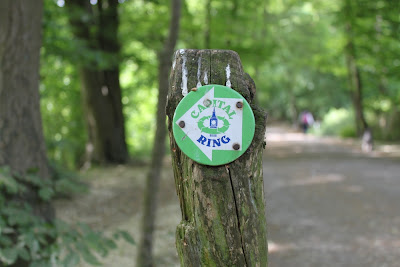 10. The Spaniards
The beer garden of the Spaniards on a summer afternoon is heaven after a walk on the glorious Heath.

11. Camden
Music? Comedy? Theatre? Check, check, check all over town. But why not try The Camden Fringe at www. camdenfringe.com.

12. Wheels
Bike around town on the cycle hire scheme. Just remember we drive on the left. Or at least we are supposed to. Be careful out there.

13. Tiddley Om Pom Proms
The greatest classical music festival in the world with tickets on the day for less than the cost of a cocktail.

14. Love The Bomb
Classic Kubrick with the legendary Peter Sellers in Doctor Strangelove at The Prince Charles cinema on 14th August.

15. Down By The River
Watch This Space is a summer-long free festival of entertainment outside the National Theatre.

16. Richmond
Everything about it.

18. The Globe
Hamlet, Much Ado About Nothing, As You Like It and All’s Well That Ends Well – a unique theatergoing experience with tickets from £5. 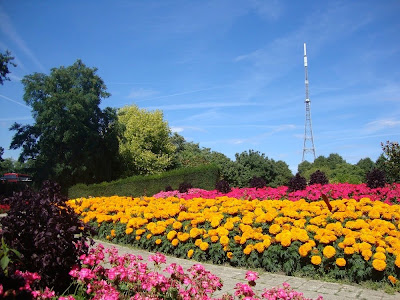 21. A Festival of Our Own
The City of London Festival features events and shows staged against the dramatic backdrop of the Old City. Click HERE for more details.

22. Museums
Where to start? RAF at Hendon? Egyptology at The Petrie? Filth at the Wellcome?

23. The Royal Festival Hall
The public viewing gallery is one of the best views in London – and free.

24. The Thames
On it, by it, at a riverside pub or on Shanks’s pony, a walk by the Thames is the simplest, but most inspirational London pleasure.

25. Wild
Still hankering for the natural world? How about Peregrine Falcons on the manmade cliffs of our Tate Modern. Breathtaking.

26. No, We Didn’t Mention London Walks
That goes without saying, doesn’t it? No? Okay, click HERE for the August specials.

Email ThisBlogThis!Share to TwitterShare to FacebookShare to Pinterest
Labels: alternative to the Edinburgh Festival, award-winning London Walks, It's A London Thing, London Walks