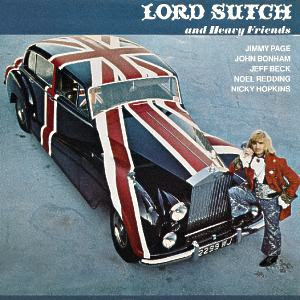 Here’s David, digging up the unexpected as usual…

"Vote for insanity, you know it makes sense."

Momentary pause. Followed by dawning recognition. Followed by every grownup British face in the group beaming. Nods, smiles and chuckles all round.

The time: about 1150 of a Sunday morning. The place: round behind the old New End Hospital. (We're there to take a peek at Hampstead's tiniest, most special, let alone hidden away snickleway* - and at the hospital's water tower, rotunda and incinerator chimney, not to mention the "widow's walk" hospital wing that provided the chief inspiration for the bead I drew on Hampstead in our book, London Stories.)

Now the thing about those Victorian hospital architectural features - apart from their intrinsic attractiveness - is they're a way of side stepping the "other option", the one that's a bit of a downer. Namely a quick runthrough of the famous names that breathed their last under that hospital roof. Turn the walk into an obit column on a lovely Sunday morning deep in Hampstead at its most enchanting? No thanks.

But "Vote for insanity, you know it makes sense"? Absolutely. Because the anti-politician whose motto that was - Screaming Lord Sutch, he of the Monster Raving Looney Party - was born in the New End Hospital (on 10 November 1940).

One of the great British eccentrics of our time, he's sorely missed. As the smiles on those British faces attest. The top hat, the leopardskin jacket, the crack-brained grin, the quixotic - and surely a record - 41 tilts at the electoral windmill (the number of times he stood for parliament and indeed the number of times he lost his deposit), the madcap probes he championed (such as demanding to know why there was only one Monopolies Commission), he was all right. In more ways than one.

*It's a Yorkshire word. It means back alleys, lanes. You don't hear the word down here - except on my Hampstead Walk - but Hampstead has the most wonderful snickleways.


Adam adds… Our pic is the sleeve of Lord Sutch's album from 1970 – it is inevitable that such a character would be a fixture on the Rock'n'Roll London scene. He never had a big hit as a rocker, but his most famous track is his single Jack the Ripper. The album pictured regularly makes the Worst Album of All Time lists (!).