For Halloween, a shocker of the old school.

Ever complained that London is too crowded? See this movie and you’ll never want to have the city’s streets to yourself again. In Danny Boyle’s relentless horror from 2002, a virus has been unleashed on the capital turning its residents into flesh eating zombies who stalk the deserted streets looking for prey. An overturned bus on a silent Westminster Bridge; a rat-swarmed Blackwall Tunnel; Docklands laid waste: chilling images of a deserted London that will stay in the imagination as long as there are ravens at The Tower. London as you’ve never seen her before: and as you’ll never want to see her again. 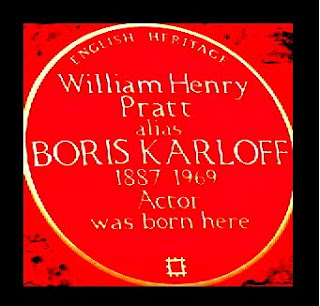 The Worshipful Company of Ghostologists – Meet The Team #6: Andy 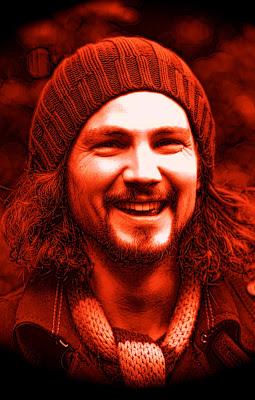 What brings a good guy like Andy to a wicked place such as London? More than that, what brings him into this realm of the undead? The truth, they say, is out there. If anyone can hunt it down on the Haunted London Walk, Andy is that man. Down these mean streets a man must go… 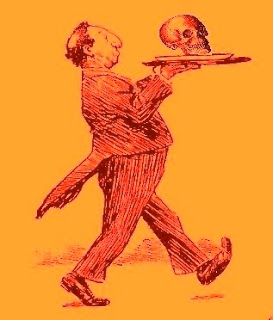 Even Foodie Ann’s got the Halloween bug…


“It’s Halloween on Monday, October 31st, the scariest night of the year. Witches and ghosts are abroad, not to mention small children trick or treating. A more ancient tradition is bobbing for apples – lean over a bowl of water and try to catch an apple with your teeth. Once you’ve caught your apple, sit in front of the mirror eating it by candlelight, and a vision of your future husband will appear over your shoulder… maybe.


Halloween also means pumpkins. When you’ve succeeded in hollowing out your pumpkin lantern, what are you going to do with the middle? Here are a few suggestions.

Boil or steam, mash, then use to stuff ravioli. Make a pumpkin risotto. Bake with tomatoes and cooked cannellini beans, or with cream and sage, or with sausages. Pumpkin soup. Candied pumpkin. Roast pumpkin with garlic and ginger, or with Indian spices. And you can always make pumpkin pie, and pretend it’s Thanksgiving.

I’m expecting that there will be pumpkins for sale at Borough Market on Saturday, October 29th, so you can buy one at the end of my Foodies’ Walk. Meet me at 10 am, Monument tube – Fish St. Hill exit. There'll be no evil spirits abroad at 10 am - but you will hear some more foodie titbits."

London Halloween 4 Days To Go – The Day The Music Died 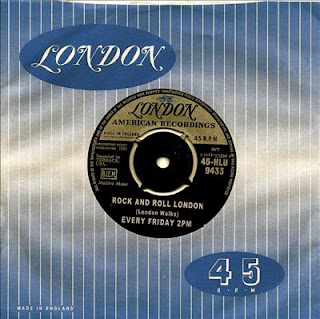 It’s the Rock’n’Roll London walk tomorrow at 2.00p.m from Tottenham Court Road Station (exit 3) – but even the Rock’n’Roll guys are getting into the Halloween spirit with this macabre list of London Rock’n’Roll deaths…


1. Joe MeekLegendary independent record producer and composer of Telstar (pictured) who worked out of his flat on the Holloway Road… which is where he shot his landlady before, in that most chilling of news clichés, turning the gun on himself in February 1967.

2. Jimi HendrixLived (and died) in Brook Street, Mayfair – his Blue Plaque is slap-bang next to that of George Friedrich Handel.

3. Brian Epstein“Beatle Making Prince of Pop Dead at 37” ran the Daily Express headline in August 1967. The coroner recorded a verdict of “death by accidental overdose”… although some would have us believe there was more to his death than meets the eye. Ask London Walks Beatle expert Richard what he thinks about it all on one of his Beatles London Walks.

4. Bon ScottThe AC/DC frontman was found dead in a car having succumbed to hypothermia following a night of heavy drinking in the very un-rock’n’roll surroundings of Underhill Road, East Dulwich.

Halloween London – From The Other Side Of the World

This wings its way in from LW’s David in China…


I'm on the other side of the world but I've been following with interest - and admiration - the 10 (or so) course build-up-to-Halloween meal Adam's been serving up on the Daily Constitutional. One day at a time. Served up like a Chinese meal: one dish at a time.

Though the DC was out of sight - but not out of mind - when we were here. 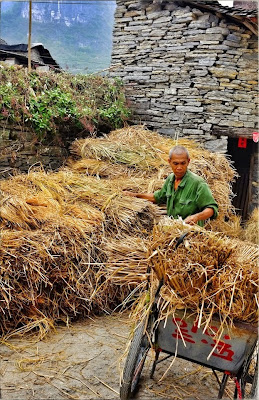 Aside called for here. A lot of what we as guides (and historians) do is uncover traces of what went before. This, though, isn't a trace and it isn't before. It's still, it's now. Add to the mix how they're simultaneously there and here (or if you prefer, how they got from there to here in 20 years) and you're into is this a dream/what have I been smoking? territory.

The reason the London Walks Blog wasn't out of mind when we were back in there was because while China doesn't get much more rural, much more remote than that patch of good earth (yes, by all means, give yourself some "extra credit" if you just caught the allusion) the actual colour of the stuff that's going to get his water buffalo through the winter lit up the synapses like the Hong Kong Harbour Symphony of Light.

Keats, for example: "season of mists and mellow fruitfulness".

And bonfires this time of year. "Homecoming" bonfires on the other side of the Atlantic; Guy Fawkes getting a roasting on this side.

And that J.T. Ledbetter poem.

The letter said you died on your tractor crossing Shoal Creek.
There were no pictures to help the memories fading like mists off the bottoms
that last day on the farm when I watched you milk the cows,
their sweet breath filling the dark barn as the rain that wasn’t expected sluiced
through the rain gutters. I waited for you to speak the loud familiar words
about the weather, the failed crops—
I would have talked then, too loud, stroking the Holstein moving against her stanchion—
but there was only the rain on the tin roof, and the steady swish-swish of milk
into the bright bucket as I walked past you, so close we could have touched.


A poem, a line from a poem, various memory wisps - just a few bits and bobs of tinder tossed onto the flickering blue and orange flame of that little piece I wrote last year - Adam resurrected it here a few days ago - about Halloween, about this time of year, with its fading light, being a "membrane" between this world and that of "the departed". A membrane that's thin enough for spirits to pass through.

They burn incense; they cremate their dead.

That burning incense in China; mists off Shoal Creek (and the cows' sweet breath filling the barn) in southern Illinois; what we get up to in England - in London ("the most haunted city on earth") on October 31st: you really going to try to tell me there aren't some joins - some "axial lines" - discernible here?