Plaque of the Week No.104: Bentley 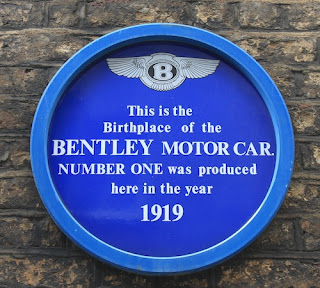 It’s not often that we celebrate cars on The Daily Constitutional – traffic being the mortal enemy of the London Walks guide.

But we make an exception for a British classic.

Walter Owen Bentley made his name in the world of engines during the First World War when he powered such famous aeroplanes as the Sopwith Camel. In 1919 he came down to earth with the launch of the first Bentley motor car, built right here in London.

Email ThisBlogThis!Share to TwitterShare to FacebookShare to Pinterest
Labels: Bentley