It's A London Thing No.64: www.bollardsoflondon.co.uk

If we had to pick just one London blog as our very favourite, then it would have to be Bollards of London.

God is in the detail, so they say. And Bollards of London is nothing if not detailed. As we flash through London hell bent on getting from A-B, head down, aiming and maiming as we go, we tend to miss those details.

It’s what we try to focus on here at London Walks – slowing down a little to point out the attributes of unnoticed London, attempting to render the everyday into something other, something magical, something fun, something new.

Bollards of London is the blog equivalent of this mission.

So consider not the lilies of the field, but the bollards of the street. Lovingly detailed, eccentric, funny and informative, it’s a great blog. And It’s A London Thing.

Email ThisBlogThis!Share to TwitterShare to FacebookShare to Pinterest
Labels: Bollards of London 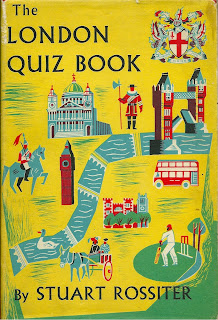 
Another one for the bookshop browsers this week.

We picked up our copy of The London Quiz Book at Black Gull Books (their Camden Town branch at Camden Market).

Published back in the 50s, it’s fair to say that a few of the questions are a little past their sell-by date. But it was still well worth the £1 with which we parted. Here's a sample: 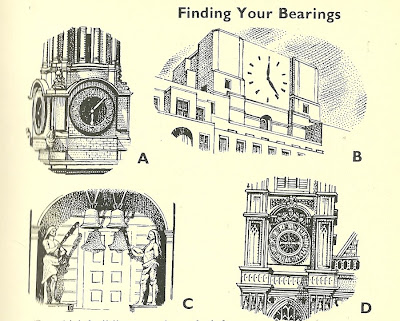 The question is: Where are these four clocks?

The illustrations are by Stanley Smith.

We’re in a quiz frame of mind, of course, because our Pub Quiz Walks begin again on Thursday 1st March.

PUB QUIZ WALKS go every Thursday night in March at 7pm – a walking tour & a pub quiz with prizes. 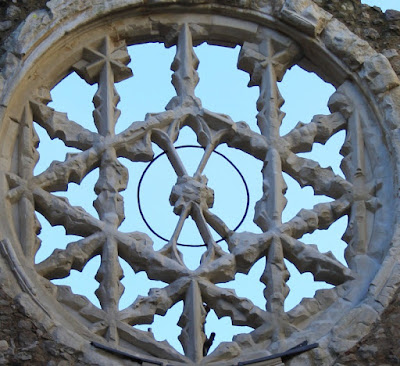 In and Around London... The New "Routemaster" Bus 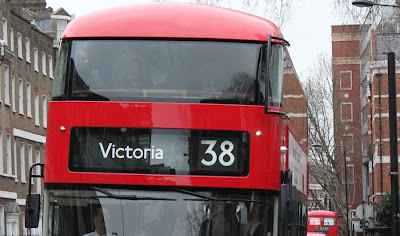 A new bus for London – captured here on its maiden voyage, having left Hackney at around midday… 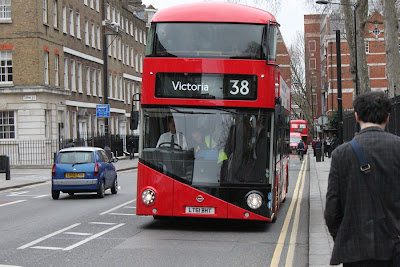 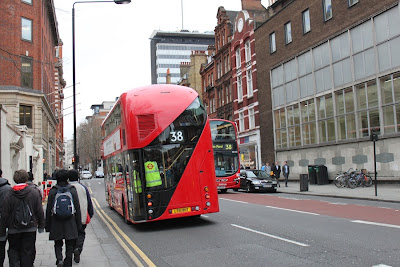 …although the “hop-on” bit didn’t go too well for your correspondent as the back door was closed (and remained so, according to our source for most of the journey). 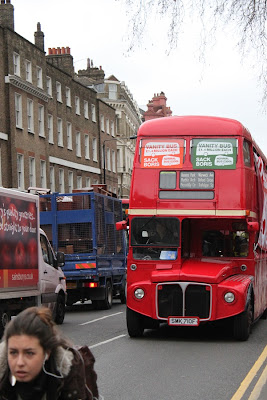 The new bus is being tailed by an old Routemaster, hired by the Sack Boris campaign, protesting at the expense of the new machine.

Any thoughts, London Walkers? Do we like the new bus? Do we think it’s too expensive? Better than the bendy bus? Do we still miss the old Routemasters? Drop us a line to the usual address and we’ll post your thoughts, or leave a comment below. There's more on this story at the BBC website.

In the meantime, shot number five is of the steady-rolling, old-fashioned 38, doing a fine job while the new model gets all the publicity. Well done that bus! 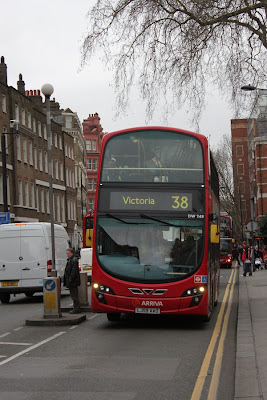 Email ThisBlogThis!Share to TwitterShare to FacebookShare to Pinterest
Labels: A new bus for London, Boris bus, new bus, the 38 bus

Walk Of The Week

NEW: Every Monday we’ll pluck just one walk from the vast London Walks repertoire and put it centre stage.

10.30 am on Tuesdays from Covent Garden Tube

Let's hear it for the life-giving tingle of new experience. For the tonic of delightful discovery. For a walk that shakes you gently, like a sieve, and drops you into places of long ago – places you probably wouldn't get into off your own bat. And into is the mot juste. Because this walk has cracked open some doors. We're going into these places. Into the the Floral Hall for a view that will spike your Wow! Factor Graph.

Into the Royal College of Surgeons to see an astonishing – and unique – collection bequeathed by the greatest surgeon of them all. Into the venerable – and passing strange – RAF church. To crown it all we'll go into the Royal Courts of Justice to watch a trial (when the Royal Courts are in session). And here's the ace in the hole: Tom, who guides this walk, is a barrister. And Brian, the other guide, has a Legal background and indeed read Law at university. And location, location, location: at walk's end you can grab a spot of lunch at Ye Olde Cheshire Cheese or The Bank of England (another interior where you'll gasp with wonder) or an ancient haunted pub. And then nip off to St. Petersburg-on-Thames or the Courtauld!

The Behind Closed Doors Walk takes place every Tuesday at 10.30 am 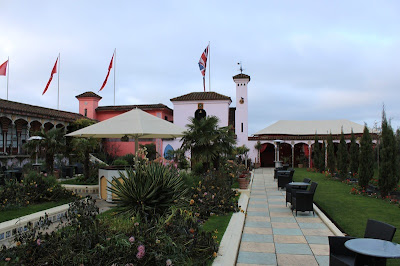 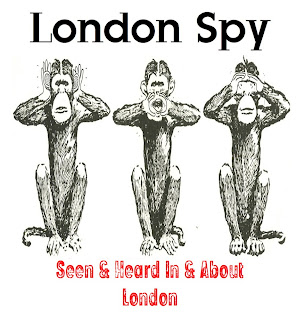 Here's The D.C's London news story in focus, thanks to LW's David, a thirsty and disputatious MP and a curious London Walker with a good eye for a connection…

Helga from Cincinnati writes in about the recent “brawl” in the House of Commons.

Just heard about the MPs duking it out in Parliament. In the London Walks book I read that there’s a cell in the Big Ben Tower. Dying to know if they locked ‘em up in that cell.

The passage – well, the opening “mood music” and then a couple of sentences further on – she’s referring to is from the Secret Westminster chapter (one of my, David’s, efforts).

And then a bit further on: “And glance over at the Clock Tower (the ‘Big Ben Tower’) of the Palace of Westminster. Sure enough, it’s got a lock-up as well – for refractory politicians.”

Anyway, chuffed that Helga “made the connection”. And indeed thought of us.

But afraid we had to write back and say, “sorry, don’t know the answer to that one. We know that ‘the assailant’ overnighted in the Belgravia police station. But we’ll certainly ‘make enquiries’. I think you can safely say that there’ll be someone at HP who will be ‘helping London Walks with their investigation.’ And if the answer proves to be a 'yes, we did bang him up in there for a few minutes' (I think it unlikely, but you never know), well, we’ll certainly get back to you, Helga. Thanks so much for writing in. This kind of thing – the ‘dialogue’ between ourselves and you guys – London Walkers – is one of the many considerable delights of this ‘line of work.’” 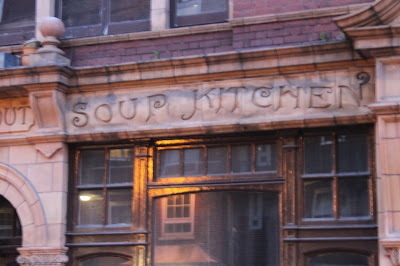 A fingerprint on the map from the reign of King James I, Birdcage Walk marks the location of the King’s aviary and menagerie. Until the early 19th Century it was a private road.

In music, Birdcage Walk is both the name of a march composed by Leslie Statham (who also composed the famous BBC Match of the Day theme) and a boogie-woogie piece by Jools Holland – (Doing The) Birdcage Walk – from his London-themed album The A-Z Geographers Guide To The Piano.