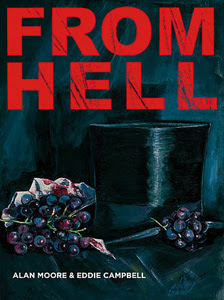 The business of telling the Jack the Ripper tale on a nightly basis is no straightforward task. Other London tales sit still, remain constant. Jack is fluid.

The facts of the story remain the same – and there is no better place to read them than Donald Rumbelow’s definitive book The Complete Jack The Ripper. We’ll cover that well-respected work a little later in this series.

The facts of the tale, however, are constantly buffeted by the winds of conspiracy. With all those theories flying around, with all the perpetual beard-scratching and pontificating on the nature of the killer’s true identity, it is surely only a matter of days before we can pull back the curtain, rip off the madman’s mask and stamp Case Closed on the whole affair once and for all.

Yet each new “theory” seems to take us further from a resolution than ever before. Each “new” idea, each “new suspect” merely adds another distorted looking glass to the already labyrinthine hall of mirrors that the case can become in the hands of a poor, if enthusiastic storyteller.

That’s not to say that the conspiracy theories are without value. They work particularly well in the slab of modern Grand Guinol that is the graphic novel From Hell – the source work for the Johnny Depp film of the same name. It joins our series on the recommendation of a number of Daily Constitutionalists and London Walkers:

“I do like The League of Extraordinary Gentlemen, but I really think that the Alan Moore book of most interest to London Walkers is his book about Jack the Ripper – entitled "From Hell". It combines the facts of the case together with all the mythology of Jack the Ripper, and places it all within the mystical architecture of the streets of London.”

Indeed KEVP, we agree; it’s a perfect blend of fact and riveting fiction with clear indications from Moore where "The scene depicted here is invention". Yet the drama never flags.

Kate Weikert added her review to our Facebook page:

“Just finished with From Hell a couple of weeks ago. Thought-provoking stuff, not just with the pretty spectacular London geography. I definitely appreciated the epilogue/historiography at the end.”


As a post-script, we also picked up a couple of recommendations for further graphic novel reading on Twitter (@londonwalks): Tim Bird tells us…

“It's Dark In London is a collection of shortish comics coming out in March, which looks really good. Various writers including Alan Moore, Iain Sinclair, Neil Gaiman. It came out a while ago, but is being reprinted by Self Made Hero publishers.”

Thanks Tim, we’ll look out for it.

And finally this from Paul Hunter, also via Twitter. We’d asked for recommendations for great London-set graphic novels and here was Paul’s reply:


As usual, we want to hear your suggestions for great London reads. Give us your own recommendations at the usual email address