Over the past few weeks we’ve written a number of times about The Kinks here on The Daily Constitutional. And whenever we have, the response from our readers has been fantastic.

So much so that we’ve decided to include The Kinks – and their first UK number one single – in our regular Wednesday It’s A London Thing slot.

The Kinks: They’re A London Thing.

When Ray Davies penned The Kinks’ classic of sociopathic braggadocio I’m Not Like Everybody Else in 1966, he could have been summing up his band’s career to this date: Unorthodox. Peculiar. Unique. 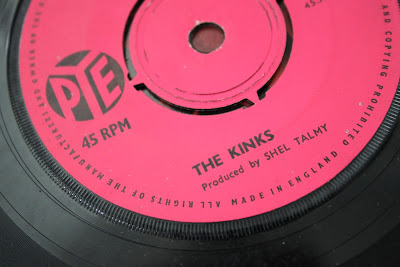 When they started out back in 1964 The Kinks had been just another whiteboy fourpiece drawing from the already-dwindling well of black R&B standards along with the rest of the herd. But by the August of that year, with the release of only their third single, The Kinks had established themselves as one of the most inventive forces in pop.

The Kinks’ guerilla sound exploded into the nation’s consciousness with the advent of You Really Got Me – with its now famous arresting two-chord intro. This ferocious, barking guitar sound was discovered, according to legend, when lead guitarist Dave Davies slashed the cone of the speaker in his amp. Such thuggish overtones are entirely in keeping with this aural mugging masquerading as pop music…

You can read the rest of this post in the It's A London Thing eBook – available from the Amazon Kindle Store now.

Email ThisBlogThis!Share to TwitterShare to FacebookShare to Pinterest
Labels: Knighthood For Ray Davies, Rock'n'roll London, The Kinks, You Really Got Me