Short answer to the first question: some people have. And their cameras have seen even more. We're regularly sent photographs that clearly depict "presences" that the photographer swears "was not there when I pointed the camera in that direction".

The second question is the more interesting one. And when we answer it we never give a shopping list of "sights (or sites) that you'll see."

Don't give a shopping list because it makes no allowance whatsoever for the guide, for the guide's working his or her magic.

The guide is the demiurge. (Gonna do a post one of these days on that very matter - just how apt that word is in this context.) The demiurge. The artificer. The guide "creates" the London that you see. A hapless, clueless tourist - or indeed a Londoner in that state - can be standing fifteen feet away from a London Walker and looking at exactly the same thing the walker is looking at. But the hc tourist (or Londoner) won't be able to "see" what the London Walker "sees".

The difference, of course, is the guide. The guide is the demiurge, the artificer of what the walker sees.

Usually of course it's a matter of the guide directing the eye and the mind's eye. Fine-tuning the gaze - telling you exactly where to look and what to look for. And blossoming the mind's eye with the story that "informs"* what you're looking at.

But you know something, sometimes it's just a simple matter of position. Something very special will be visible from one side of a street but you can't see it at all if you're a mere fifteen feet away - on the other side of the street.

Knowing where to take you - and where to stand. It's often a very finely judged matter. And it makes all the difference.

A case in point? Well, we get this view on one of our ghost walks. (Pretty easy to make do with this if you don't happen to see a ghost "on the night".)

"From the mid-Victorian suspension bridge two great views can be seen: on one side Buckingham Palace on an elevation; on the other the Horse Guards, the War Office and Whitehall Court, rising in a distant mass and conveying an impression, not anticipated by any architect, of some fabulous Eastern city."

*It's worth taking the full measure of that word "informs" - "forms from within".

Sixty years ago, this is how Kensington advertised its ample charms… 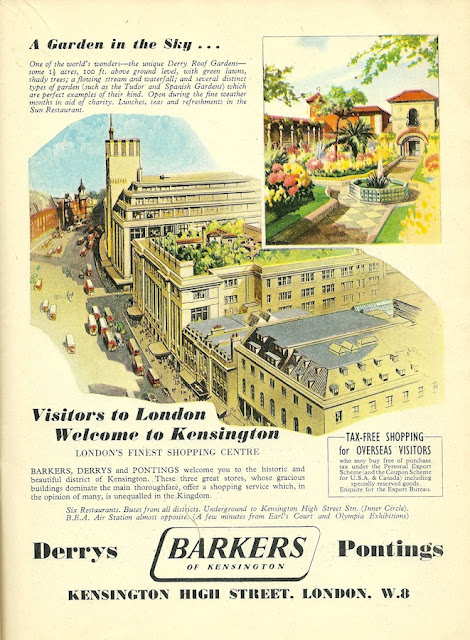 Stands Kensington where it did? Join us on Thursdays and Saturdays to find out.

It's A London Thing No.74: Warren Street Station

It’s a London Thing has dallied on the Underground on many an occasion – the sights, the smells, the sounds, the ambience, the history.

And we’re heading down the escalator again this week, to celebrate the charms of an unsung stop on the Northern and Victoria lines.

We’ll be frank. There’s not much there, above ground that is. Nearby Fizrovia is fascinating, of course. But, with with apologies to French’s bookshop, and the second hand camera place and the, er… well that’s pretty much it for the immediate vicinity of the station itself.

If you wanted a "type" for Warren Street, he's more PBM. Proper Boyfriend Material. Warren Street isn’t flash, it’s steady and reliable and won’t let you down. It will wait until you’ve had your fun with that flash Harry Leicester Square, and danced a three-lined tango with Victoria. Dependable ol' Warren Street. 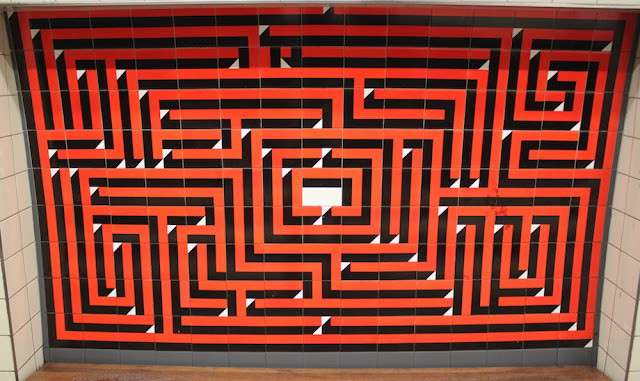 Email ThisBlogThis!Share to TwitterShare to FacebookShare to Pinterest
Labels: It's A London Thing, Warren Street 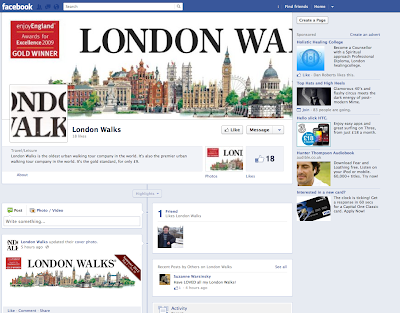 Patriotic times indeed. The Queen’s Diamond Jubilee. At such times, we are sent scrabbling for a definition of Britishness in the ongoing post-Imperial era. Ongoing into eternity.

This quest takes many forms. Pop musicians pose for pictures at dog racing tracks. Politicians spout guff, mis-quoting George Orwell. Journalists polish up the platitudes they wheeled out for the Golden Jubilee ten years ago. Celebrity TV presenters get commissioned to make sound-bitey docos, the butterfly narratives of which flit from HM Queen to The Beatles in the blink of an eye, in the hope that we’ll all forget about King Edward VIII and the Sex Pistols altogether. 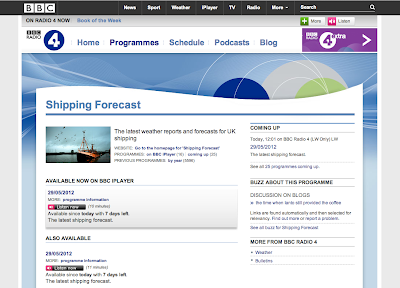 But for this writer, the spirit of Britishness can be found in the short BBC broadcast of the shipping forecast.

The shipping forecast – compiled by the Met Office and broadcast on BBC Radio 4 – is a weather forecast for the seas around the British Isles.

Our conversational predilection for chit-chat about precipitation (or sudden lack thereof) and our geographical predicament are united in a pristine and brief broadcast over the airwaves a great British institution. It’s delivered in a plummy British accent. We listen obediently, not really sure what’s going on…

What can it mean? Most of us know not, but the reassuringly clear BBC delivery lulls and calms us, allowing us to remember our famous sense of moderation and decency and stiff upper-lippery as the waves batter our coast.

The delivery is in such a deliberate and clear manner for those – in peril on the sea? – who need to write down the information. That’s write down. With a pencil and paper. The old fashioned way. And there’s nothing more British than being old fashioned. We are an island, after all, and we often react slowly to change – all of which is encapsulated in The Shipping Forecast.

If you do one other thing in London this week running up to the Jubilee celebrations, listen to The Shipping Forecast on BBC Radio 4. You can do so HERE.

God Save The Queen! 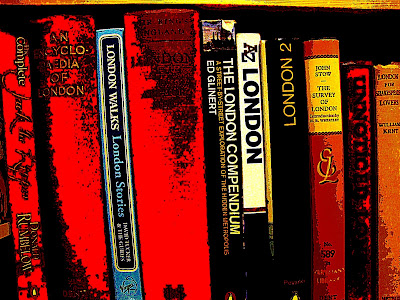 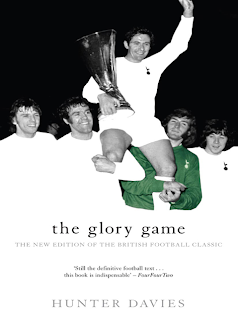 In the wake of Fever Pitch, football too entered the middle class mainstream. Before long, every celeb, every telly actor, every politician was shoehorning references to “footie” into their public utterances.

In the two decades before Fever Pitch, Hunter Davies’s warts-and-all portrait of life behind the scenes at North London’s Tottenham Hotspur Football Club was the only book on football. The only one. Sure there were “memoirs” of retired pros, formulaic, ghostwritten affairs intended as Christmas stocking fillers. But nothing insightful, nothing that the clubs didn’t want us to know.

In and Around London... Flags

There seem to be quite a few Union Flags about the place. Wonder why…