Adam writes… Tuesday morning, my first walking tour of the week – and first after the Paralympics. Danish students in the West End. Great kids, lovely teachers (they’d booked last year, too, and are coming back next year), bright sunny day. Perfect. I love my job.

Before we set off on our walking tour, talk turned to the Olympics. “Great, “ I thought, “we’ll go and see the green, flowery Wenlock in Embankment Gardens. And later the Oscar Wilde one by St Martin’s in-the-Fields.”

But when we arrived in the gardens… no Wenlock statue. Instead, we had to make do with a statue of the second greatest writer these islands ever produced… 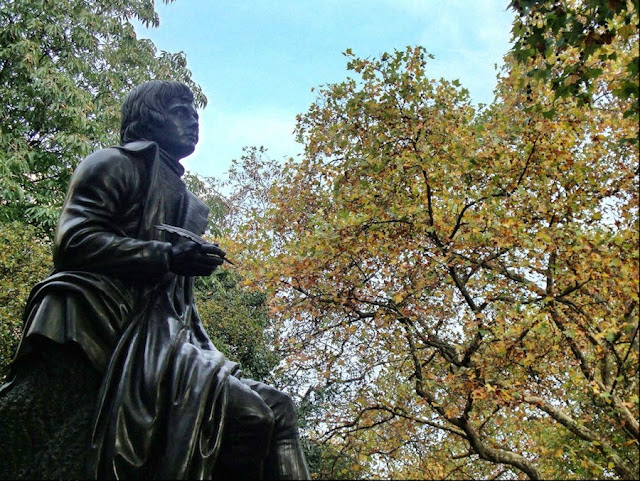 (And if you want to challenge me to a fight on that, drop me a line at the usual address!)

But even Robert Burns couldn’t make up for the disappointment. I felt bereft.

Action was required. Had they been pinched? Kidnapped? I called the Mayor. And he told me* that no skulduggery had been involved in their disappearance…

“The London 2012 Mascot auction is your chance to bid for a unique piece of Olympic history and help London’s disadvantaged young people at the same time.

The Wenlocks and Mandevilles have been customised by leading artists and will be joined by a host of other exciting Olympic memorabilia chosen to help raise cash for the Mayor’s Fund for London, and help create a lasting legacy for disadvantaged young Londoners.

All proceeds raised will go directly to the fund – just look out for ‘Mayor of London presents’ items on the special auction website.

The Mayor’s Fund for London was set up in 2009 to help improve the life chances and aspirations of disadvantaged children, young people and their families in London. The money will help fund the most effective child poverty projects in London.

This is a once in a lifetime chance to bid for truly iconic Olympic Games memorabilia and help out our young people in need. The funds will go towards turning round the lives of children in the capital which is a great Games legacy. I encourage everyone interested in our marvellous mascots to get bidding.”

* Well “he” didn’t tell me in person – the lovely folk at his press office did it for him.

If you’d like to bid on Wenlocks, Mandevilles and all manner of Olympic bits and pieces – all profits go to The Mayor’s Fund – then you can do so at www.memorabilia.london2012.com. 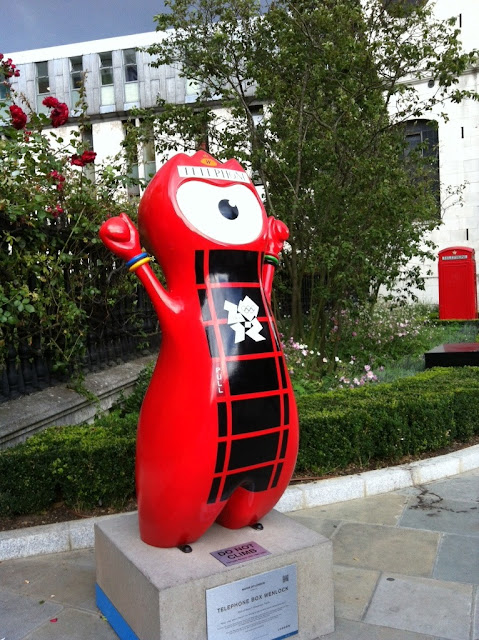 Email ThisBlogThis!Share to TwitterShare to FacebookShare to Pinterest
Labels: wenlock and mandeville