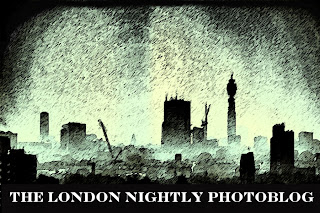 Welcome back to the London Nightly Photoblog at The Daily Constitutional.

We’ve been walking and blogging all day, and there’s time for just one last look at London before lights out.

Maybe you saw tonight’s pictured location on one of today’s London Walks. Perhaps it’s your shot, sent to us at the usual email address.

Of course some London Walks guides will still be out there, Londoning away into the small hours. For them, we borrow a famous London phrase… Goodnight, and good luck.


We’re back tomorrow morning, blogging and walking. The blogging will be right here, so bookmark us.

Email ThisBlogThis!Share to TwitterShare to FacebookShare to Pinterest
Labels: The Nightly London Photoblog

The Duke of Darkness

And so to Wembley for… 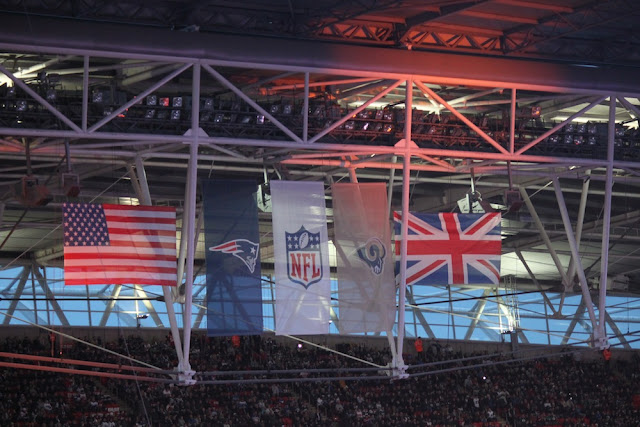 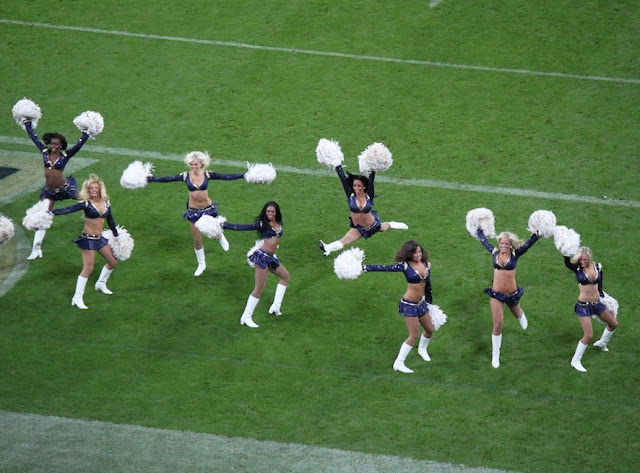 P.S… an extra shot of The Likely Lads. It's The Tucker Boys (that's Sam on the left with pa David on the right) blocking their ears to avoid hearing the Green Bay Packers result over the tannoy – they were going to watch the game later and didn't want the outcome spoiled…

(Older readers and British sitcom aficionados will recognise our Likely Lads reference – one of the best loved episodes of 1970's BBC sitcom Whatever Happened to the Likely Lads? (1973) entitled No Hiding Place, sees central characters Terry and Bob trying to pass an entire day avoiding the result of an England football match because they want to watch the highlights on TV later that night.) 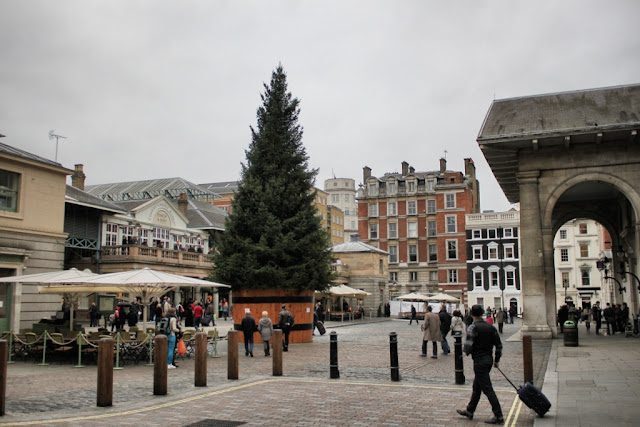 This is a picture of the Covent Garden Christmas tree.

It must be one we had left over from last year, right? And we're just posting it to remind you of what the Covent Garden Christmas tree looks like so you'll know when they put it up later (much later) this year, right?

Email ThisBlogThis!Share to TwitterShare to FacebookShare to Pinterest
Labels: Christmas in London

This from the vaults, an email, from a London Walker in Phoenix, Arizona…

Was in London last month and went on your Halloween ghost walk. At one point we went past an old doorway that had a battered old brass sign. I took a snapshot of it. Of course it was dark and I'm no photographer so all I got was a black nothing.

Well I thought all I got was a black nothing.

The other night my husband was clicking through our London photos. He said, 'Jeez. Look at this…'

He was talking about the dud doorway photo. I couldn't see anything - until he blasted up the levels or whatever it is on photoshop. Anyways, you can see for yourself. Dunno what to think. You cud say I'm a little bit creeped out. Because I was right in front of that doorway - and there was nothing there when I took the photo.

The pics are below. What do you think? Genuine paranormal activity on the Ghosts of the Old City Walk? 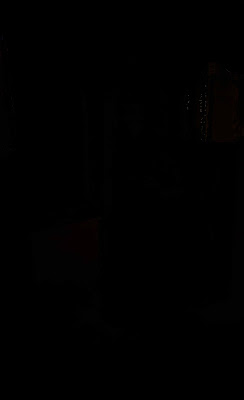 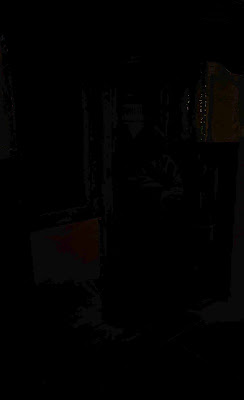 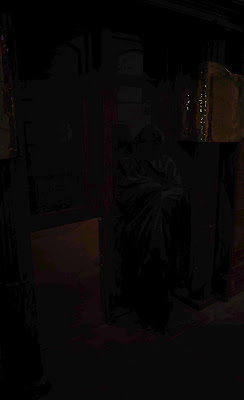 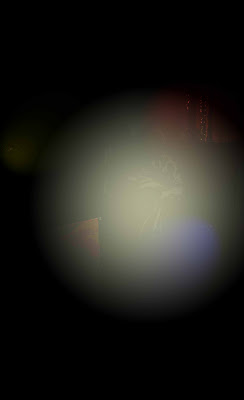 Don't Forget To Put Your Clocks Back! 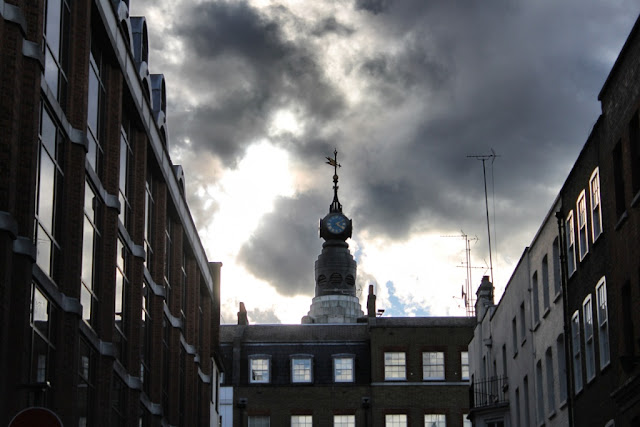 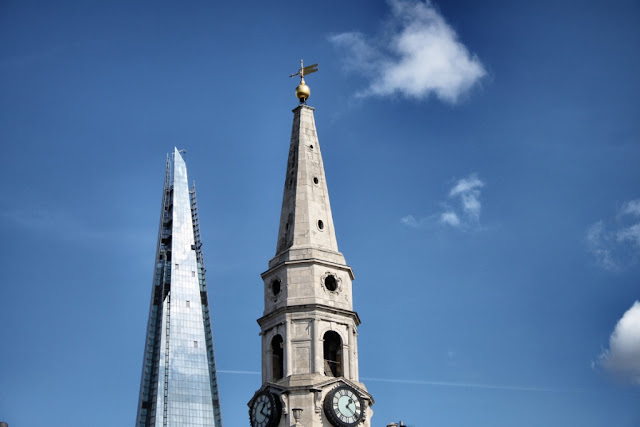 …so put your clocks… 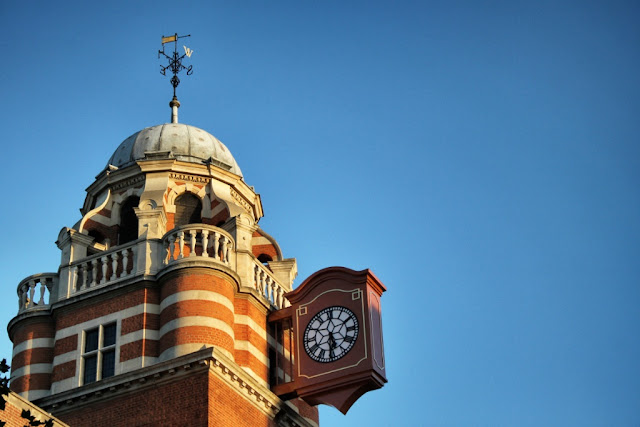 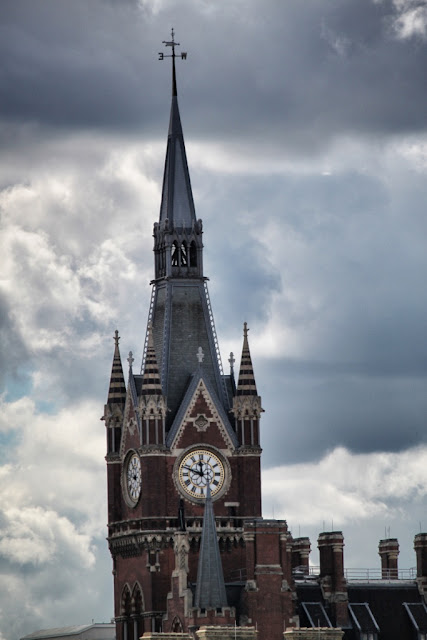 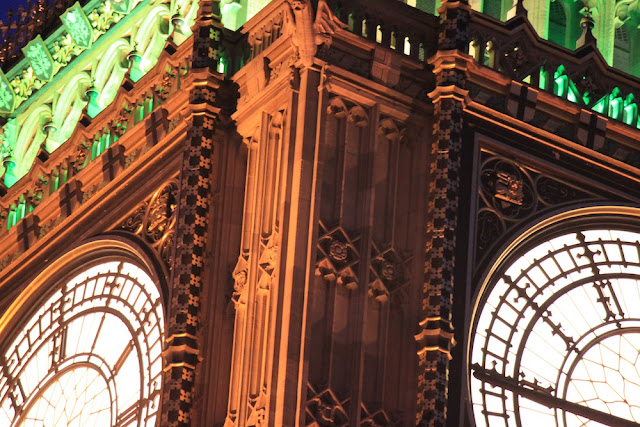 Can you identify our London clocks (pictured)? The last one's easy…

Email ThisBlogThis!Share to TwitterShare to FacebookShare to Pinterest
Labels: BST 2012, clocks go back 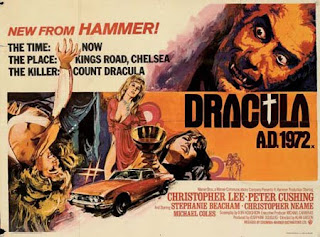