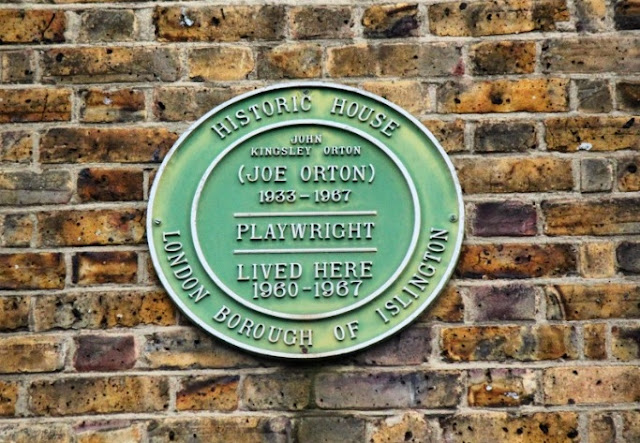 The award-winning playwright, infamously murdered by his lover Kenneth Halliwell in, ahem, the Summer of Love 1967, was commissioned in 1966 to re-write a script for The Beatles’ third movie.

The resulting tale, Up Against It, was rejected by Brian Epstein without comment. It is speculated that the script’s themes of sexual profligacy, polygamy and the group sex scene at the denouement all conspired to make the piece unsuitable for The Beatles’ audience.

Orton’s dead body – and that of Halliwell, who took his own life with an overdose after bludgeoning Orton to death with a hammer – was found by a chauffeur who was due to take the playwright to a meeting with director Richard Lester at Twickenham Studios to discuss the possibility of shooting the movie with Mick Jagger and Ian McKellan instead.

The piece finally made it to performance, as a play, staged off-Broadway in 1989 with music by Todd Rundgren. A BBC Radio version in 1997 starred Damon Albarn of Blur.

And here’s our own Rock’n’Roll London video…

CREDIT CARD PRE-BOOKING IS NOW AVAILABLE FOR THE ROCK’N’ROLL LONDON WALK EVERY FRIDAY VIA THE LONDON BOOKSTORE. CLICK HERE TO BOOK AND PREPAY.