The Great London Movies No.36: The Jokers 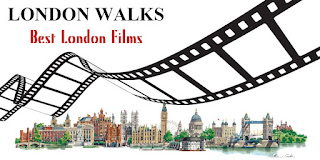 An energetic Michael Winner production, a proper swinging sixties film (and far more fun than Blow Up) with Oliver Reed and Michael Crawford as brothers who, disguised as Royal Engineers, steal the Crown Jewels. From iconic symbols of old London (the Tower, Trafalgar Square, the Albert Memorial) to cutting-edge architecture (the Economist Building, standing in for New Scotland Yard) a great showcase for the capital. One of the best supporting casts, full of familiar faces (Harry Andrews, James Donald, Daniel Massey, Kenneth Colley). And the placing of the jewels upon the scales of ‘Justice’ atop the Old Bailey is a bravura moment in British film.

Richard IV
Richard IV is an actor, swordsman and an expert on early detective fiction.  Velvety voiced and perfect timing, he makes for some awfully handsome listening! No surprise to learn that he's narrated numerous documentaries and audiobooks.


You can also book a private London Film Locations walk by calling London Walks on 020 7624 3978 or emailing london@walks.com.

Email ThisBlogThis!Share to TwitterShare to FacebookShare to Pinterest
Labels: London on film