Our Political London Trump Card Game Card No.8 – Collect the Set And Play the Game 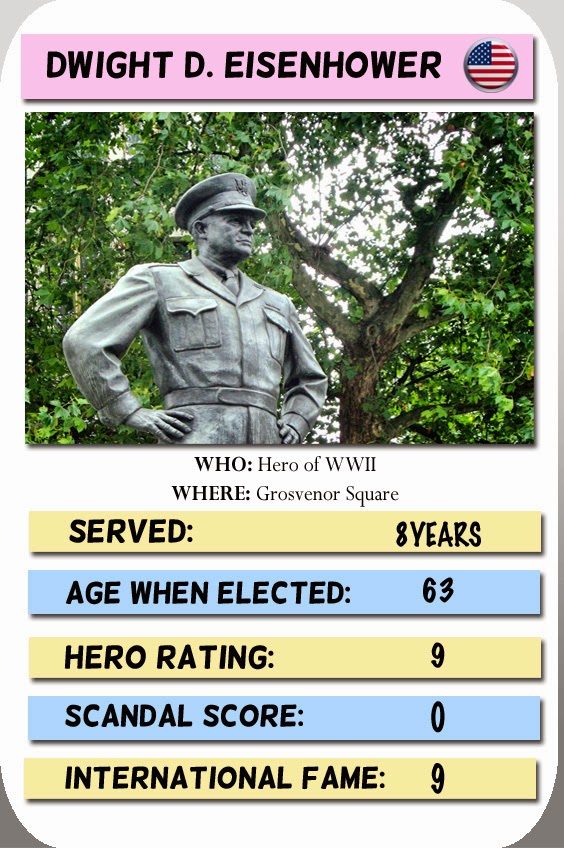 From Eisenhower's speech upon receiving the Freedom of the City of London, June 1945…

This feeling of humility cannot erase, of course, my great pride in being tendered the freedom of London. I am not a native of this land. I come from the very heart of America. In the superficial aspects by which we ordinarily recognize family relationships the town where I was born and the one where I was reared are far separated from this great city. Abilene, Kansas, and Denison, Texas, would together add in size to possibly one five-hundredth part of greater London. By your standards those towns are young, without your aged traditions that carry the roots of London back into the uncertainties of unrecorded history. To those people I am proud to belong, but I find myself today five thousand miles from that countryside, the honoured guest of a city whose name stands for grandeur and size throughout the world. Hardly would it seem possible for the city of London to have gone farther afield to find a man to honour with its priceless gift of token citizenship.