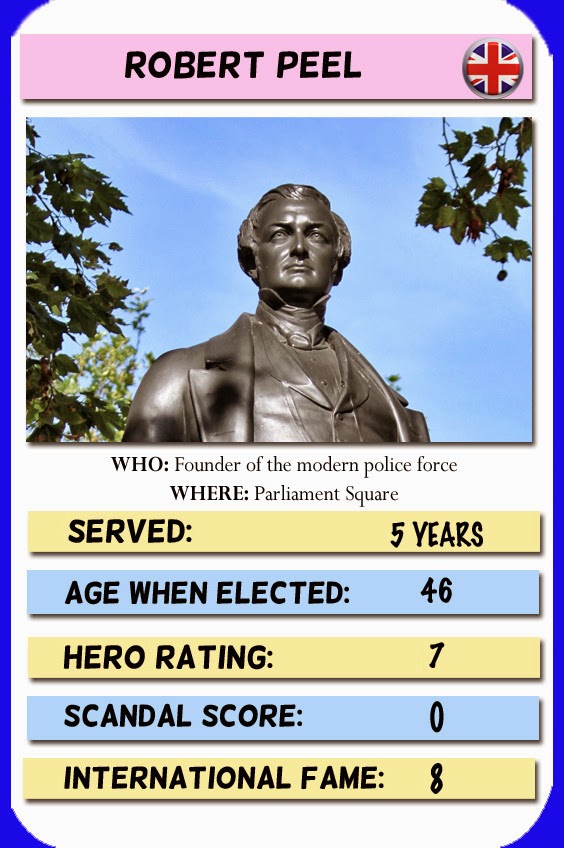 Sir Robert Peel remains most famous as the founder of the Metropolitan Police. His statue is one of the Parliament Square statues discussed in the current episode of the London Walks Podcast. 1829 was a busy year for Peel. As well as founding The Rozzers, he shepherded the Roman Catholic Relief Act through parliament, allowing Roman Catholics to sit as MP’s. This was a reversal of his earlier position, which had once gained him the nickname Orange Peel.