Regular Daily Constitutionalists will know that this month is London Football month on the London Walks Podcast.

We've asked our London Walks guides to contribute their thoughts on London football, and they've come back with some great responses.

Most of them, sadly, un-postable on this blog.

But such is the nature of football fandom, I suppose.

And before we move on, I'd just like to say to my podcasting and guiding colleague Andy: Andy, I don't think such a procedure as mentioned in your correspondence is even anatomically possible – for the Spurs manager or, indeed, for anyone else.

I've managed to rescue two posts from the melee – and both have taken us far, far away from the land of billionaire club owners and tax-avoiding players and World Cups. Tomorrow Clare will treat us to an altruistic tale from, of all places, The Premier League (refreshing stuff).

By far, the best sporting team in London is … Corinthian Casuals Under 17s! 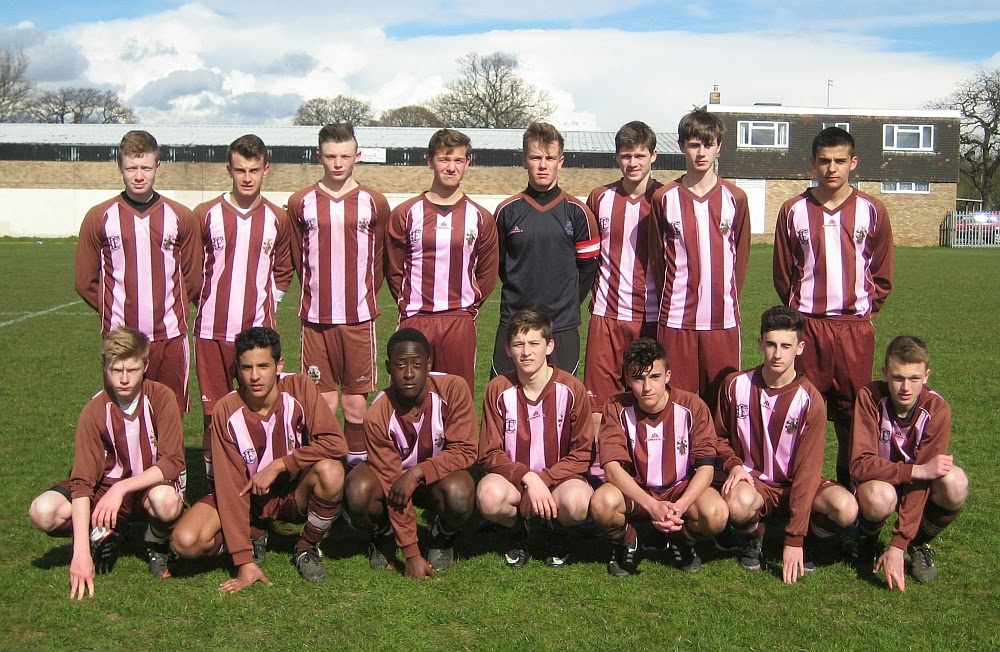 You might not have heard of them but they have a fantastic history as a Club and they have just had a magnificent season.  They have won the Surrey Youth League title with the best defensive record in the league and they got to the Invitational Cup Final only to lose in a penalty shoot-out- thereby proving that they are all worthy of an England call-up if anyone drops out for the World Cup.

Most importantly, our son, Leif, plays for the team as a solid, consistent and imaginative centre back.

Watch us next season at King George's Fields, Tolworth when we move up to the Premier Elite division as Under 18s.

Here's a photo to give you a taster of what the lads look like.  Leif is the good looking one to the left of the goalie.

Enquiries for sponsorship or contracts should be directed in the first instance to Kim Dewdney, London Walks Guide & Football Agent

Kim, who has worked in the House of Commons and the European Parliament, is another 24-carat Blue Badge Guide: she won the London Tourist Board's Guide of the Year award in 2001.

Formed when the famous Corinthian and Casuals sides merged in 1939, the two component teams have long and illustrious histories. Corinthian F.C was so wedded to the ideals of amateurism that they initially refused to enter the F.A Cup. They provided most of the English players for the first ever international football match, against Scotland. The Casuals were formed by former pupils from a number of English public schools. The English public school system's influence in the world of sport is wide, not least in the codification of many of our modern sports, soccer among them. Its model – play up and play the game – was Coubertin's inspiration for the modern Olympic movement.

The other two words to which I refer are Dulwich Hamlet, another fine South London footballing institution. I'll be paying tribute to the pink and blues in part two of the London Football episode of the London Walks Podcast later this week. In the meantime, you can catch up with Part One here: