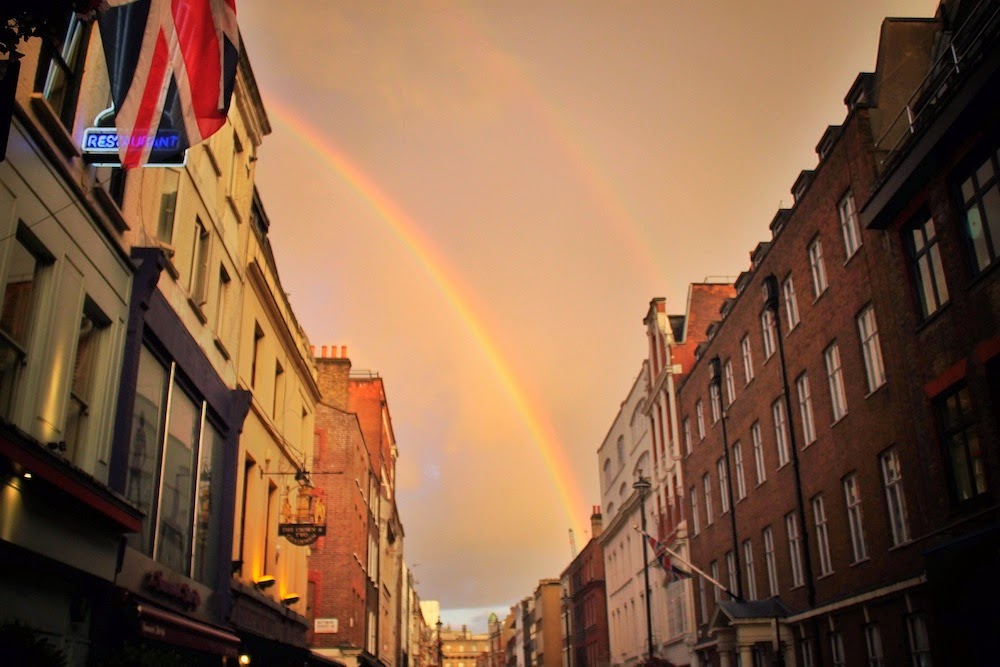 What a London weekend!

London Walkers joined us from as far afield as New Mexico and Western Australia (they'll be added to our Where In the World series soon).

In glorious sunshine (for the most part) and in a sudden Four Weddings And A Funeral-style downpour on the Soho Pub Walk this evening, they kept smiling right on to the end of the road.

Two guys from Israel and one from Australia were here to see Monty Python.

A gal from Portugal and a bloke from Brum were here for Black Sabbath.

Two ladies from Nottingham are looking forward to the Tour de France tomorrow.

Two chaps from Wigan were here to see the Northerners teach the soft Southerners a thing or two about Rugby League (final score London Brocos 6 Wigan 58!).

A mother and daughter from San Francisco had witnessed the Ladies' Final at Wimbledon. (London Walks had been recommended to them on the subway in San Francisco. A complete stranger, noticing that they were reading a London guide book, told them that they had to do a London Walk. Thanks stranger!)

All rounded off with not one but TWO rainbows over Soho at no extra charge.

I love my job!