The NFL In London This Weekend

This weekend at Wembley the Dallas Cowboys take on the Jacksonville Jaguars in the latest NFL game to be played in London.

On Thursday night we had the pleasure of welcoming a bunch of Dallas radio folk on our Jack the Ripper walk – including Emmy-award-winning broadcaster and writer Gordon Keith, who seems to be having a dangerous time here in London…


Hope you enjoy the game, guys!


A few weeks ago we were the guests of the Miami Dolphins at Wembley and a great night was had by all (all except the Oakland Raiders, of course – Miami won 38-14).

Here's ex-Dolphin Sam Madison in the company of our own David Tucker. (David led the Dolphins' entourage on his Along the Thames walk.)

And here's Sam in the stands during the game, indulging in a little spot of light reading during the ad-break. Is that the London Walks book, by any chance? 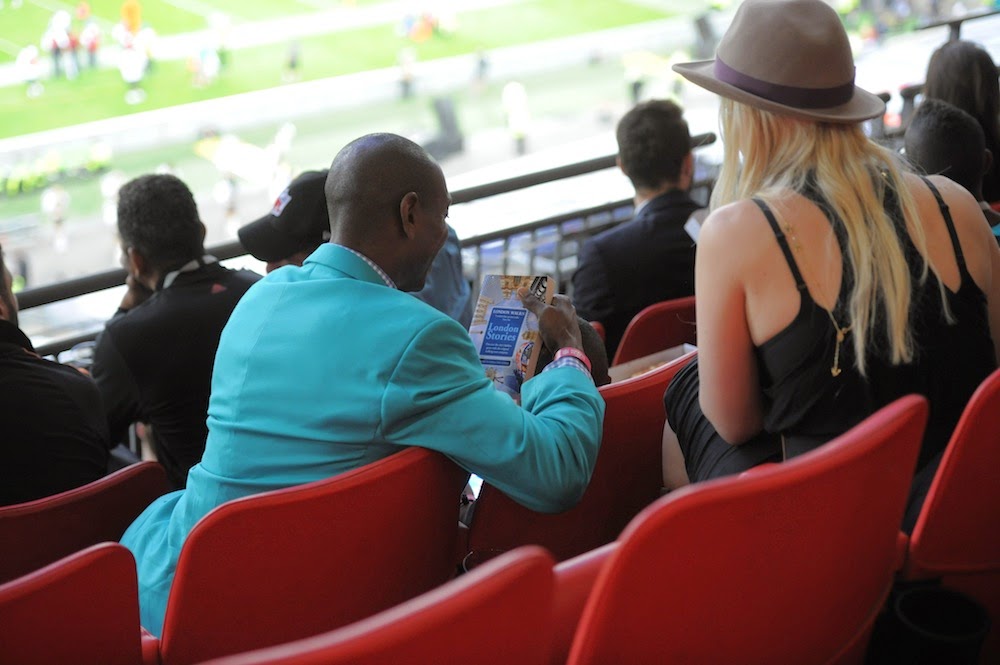 The Dolphins will be back at Wembley next year to host the New York Jets.


To everyone, fans and teams alike, heading to Wembley this weekend, have a blast!