We interrupt our London 2014 Christmas cards series to do a little time travelling. 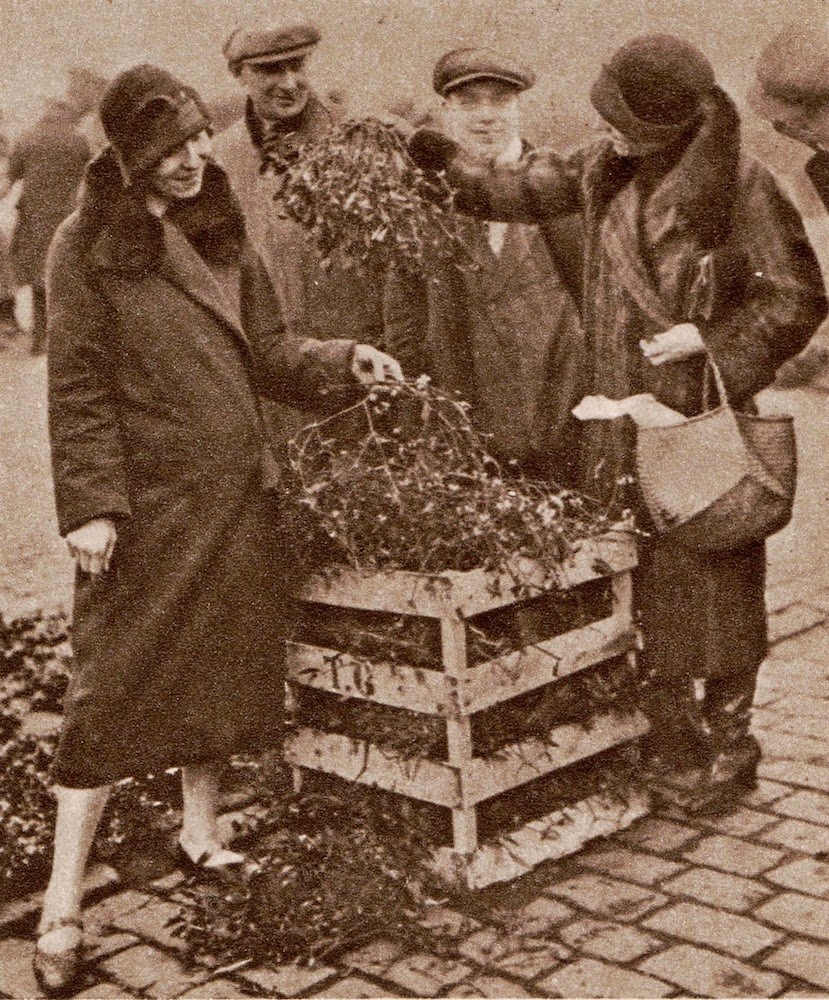 Ahhhhhhhhh! The arc – the reach – of the Daily Constitutional.

Only the London Walks blog is going to take you from points world-wide Christmastime 2014 to 1920s Christmastime in London (Caledonian Road Market to be precise) to Springtime in Cheshire in the dawn of the Roman era in this green and “pleasant” land (or perhaps, depending on which dating you plump for, the Iron Age).

Think of the Dawn of Man sequence at the start of Kubrick’s 2001 A Space Odyssey. The ape men discovering the monolith and its doing its Stonehenge-like number with the sun and voilà our ape man ancestor gets the idea of “tool” (which of course is a weapon, an animal’s femur which he can use as a club) and which, transported with exhilaration at the possibilities it affords him, he flings it into the pre-historic east African sky; flings it four million years forward and, thanks to the magic of Kubrick’s (and Arthur C. Clarke’s) imagination – let alone a match cut – it becomes an orbiting spacecraft.

(I’m sorry to have to say this, but re-watching that famous opening, the Australopithecus man-apes coming out of the cave to be confronted with – and responding to – the monolith…well, from the perspective of 2014 it looks like they’re going apeshit over a huge iphone.)

But back to our arc, the arc of the London Walks Blog. Christmastime 2014 and points world-wide – well, that’s now and it’s where you, Daily Constitutional readers, are.

Christmastime in London in the 1920s is the subject matter of the photograph. It’s the Caledonian Road Market. The ladies are buying – or at least having some fun with, having some fantasies with, thinking about buying – mistletoe. (Fair to say the blokes, fantasy-wise, have probably taken things further than the gals.)

This is another one of those frozen-in-time old London photos that you can read. Or “guide”, if you prefer.

Lot going on in the photo. Especially the facial expressions. The knowing smirk on the face of the market trader with the fag hanging from his lips. But also the body language “expression” – as well as the playful, slightly coquettish look – of the young woman on the left. There’s some pretty bold hip action there. Not quite a pelvic thrust but getting there.
And I think you can say that’s a leer on face of the taller bloke. And of course the clothes place them. Especially the male head-gear – the flat caps. But also the women’s fur-lined collars. Though those coats are hardly haute couture. The lines aren’t great, are they? The woman on the right hand side has her bag and her purse – the latter firmly, securely clutched under her arm and in the crook of her elbow. What about the other gal? Where are her “accessories?” And what’s going to happen in one more second? Is the woman on the right going to raise that bunch of mistletoe another few inches, lean forward, and “hang it” over the head of her companion?

And Springtime in Cheshire in the dawn of the Roman era in Britain? Springtime – March or April – because that’s when the mistletoe flowers. Been on our British Museum walk? Seen the Lindow Man – Pete Marsh as he’s affectionately known? Remember that Australopithecus club? Pete Marsh caught up with an iron age version of the Australopithecus “bright idea.” A “blunt object” with an “edge” collided forcefully with the back of his head. They think it was a small axe. Fractured his skull. Drove skull fragments into his brain. And he was strangled. Garotted. With animal sinew. It broke his neck. His throat was cut. A rib was broken. And he was probably stabbed in the upper right chest. He was in his mid-20s. It may have been a ritual killing.

And what in the world does this have to do with the 1920s “Mistletoe Moment” in Caledonian Road Market?

He also had a bad case of worms. But that’s another story.