Christmas At Coram's Fields – The Coram Festival Of Lights

A green Christmas accompanied with twinkling lights and hot mulled wine and Christmas carols and Carol (see below) and a steel band and some Handel and a light show and shouts of exuberance and mince pies and lots of excited little kids and a really good cause and, best of all, a sense of neighbouliness, of local London, of community, of good people rallying round. 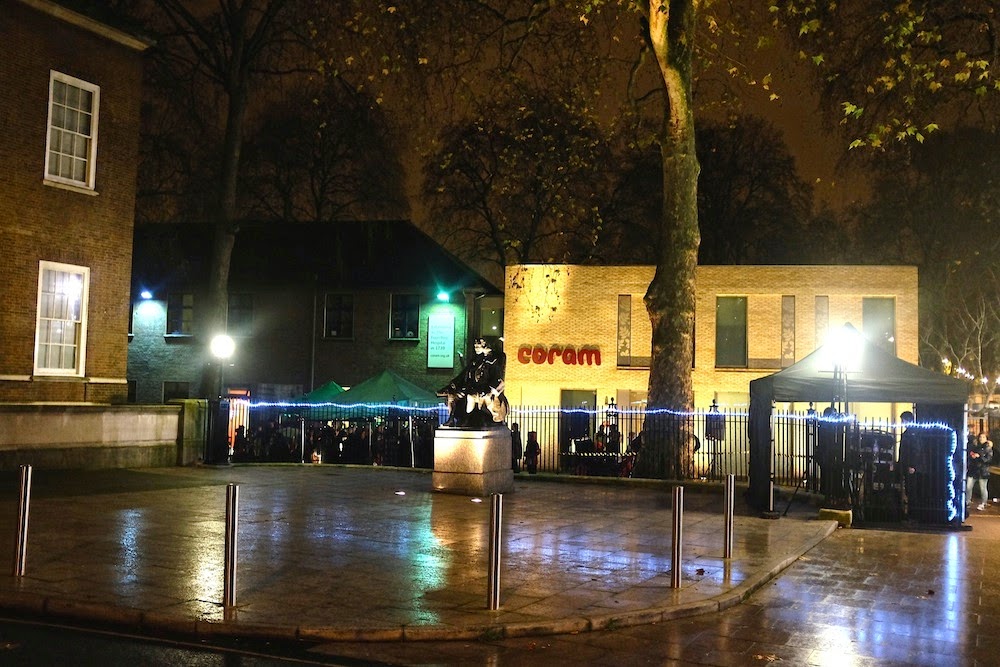 Had that in the bleak mid-winter (December 17). Except it wasn’t bleak at all. It was pretty joyous. Let alone lots of fun. That was the major key. The minor key was the food for thought – jaw-setting, re-setting, realignment-of-determination food for thought.

The green was the football pitch – under lights – that was right next to where we were. It accounted for the shouts of exuberance as well.

The rest of it was the Coram Festival of Lights, put on by the Bloomsbury-based children’s charity that in effect is the modern incarnation of the 1739 Foundling Hospital established in Coram’s Fields. The Festival of Lights is one of those run-up-to-Christmas treats that London is so good at. (And, yeah, I know – there’s all those Christmas Light extravaganzas on our commercial Broadways – Oxford Street, Regent Street, etc.

But I’ll take the Coram one every time. Take it because of everything mentioned in the third paragraph in this piece. And because of its of hail fellow well met-ness. And its quick look inside the wonderful Foundling Museum. And its stroll through the neighbourhood. It was guided by Carol Harris, the charity’s Social History Editor (And into the bargain – compliments of her diamond-shaped wire rims, black hat and black coat – the Platonic Ideal of a Bloomsbury Bluestocking!) 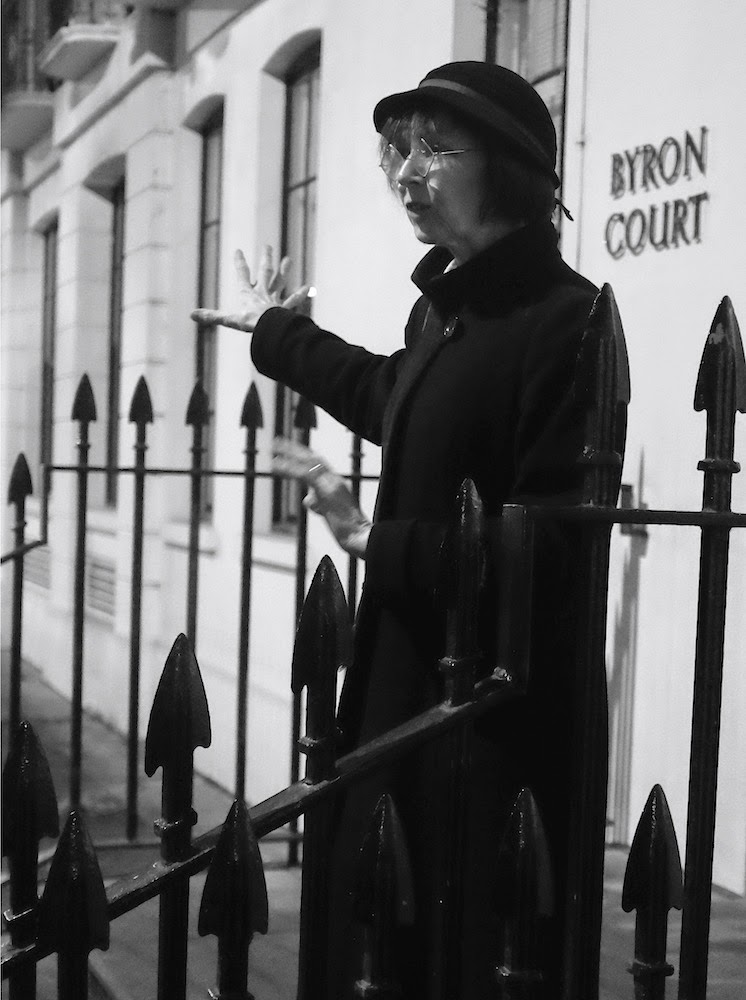 She had some sobering things to say: “child poverty in 2014 in this country is at the same level it was in 1921” and “health and inequality in 2014 is at 1912 levels.” Corroboration, if any were needed, of Seamus Milne’s “millions are now going hungry in Britain and food banks are booming in the sixth richest country in the world.”

So the fight goes on. The Foundling Hospital was needed in 1739. It – well, the charity it was the great progenitor of – is needed today, 275 years on.

Anyone remember that American presidential election campaign slogan 20 years ago or so – “a thousand points of light”? Well, it was of course just a bit of campaign fluff. Sounded good. A bit of feel good. But in the real scheme of things, completely empty. Meaningless.

There weren’t a thousand points of light in Coram's Fields on December 17, 2014. But there were a good few dozen. And they were real. The real ones as well as the figurative ones. Feel good that’s real – and real good.

Also gets my vote.