ART: Graphic Designer Abram Games at the Jewish Museum – The Times of Israel

FILM: Night At The Museum Hits London – The Guardian

MEDIA: The Voice ComesHome To South London – The Voice 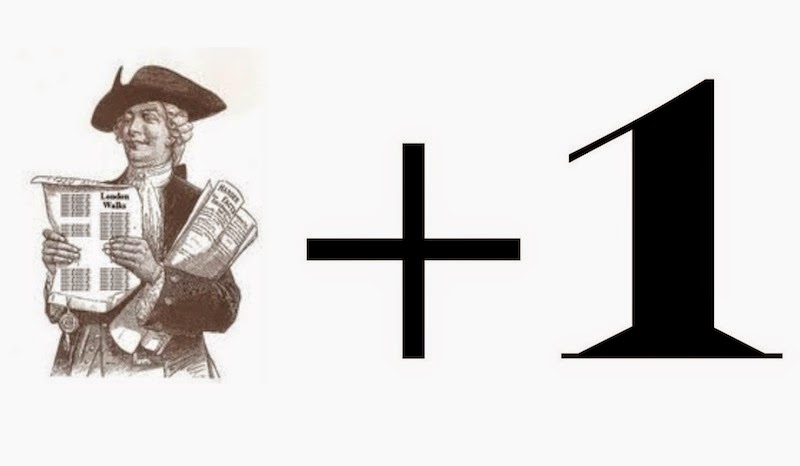 The new Saturday home (moving from its occasional Tuesday slot) for the post in which we point you in the direction of other happenings and events in our great city. A new exhibition, a gig, a museum, a pop-up-shop – the best of London within a few minutes of a London Walks walking tour.

The lengths to which we will go for fashion… At Tower Hill on a rainy evening, around 7pm we snapped these wet footprints… 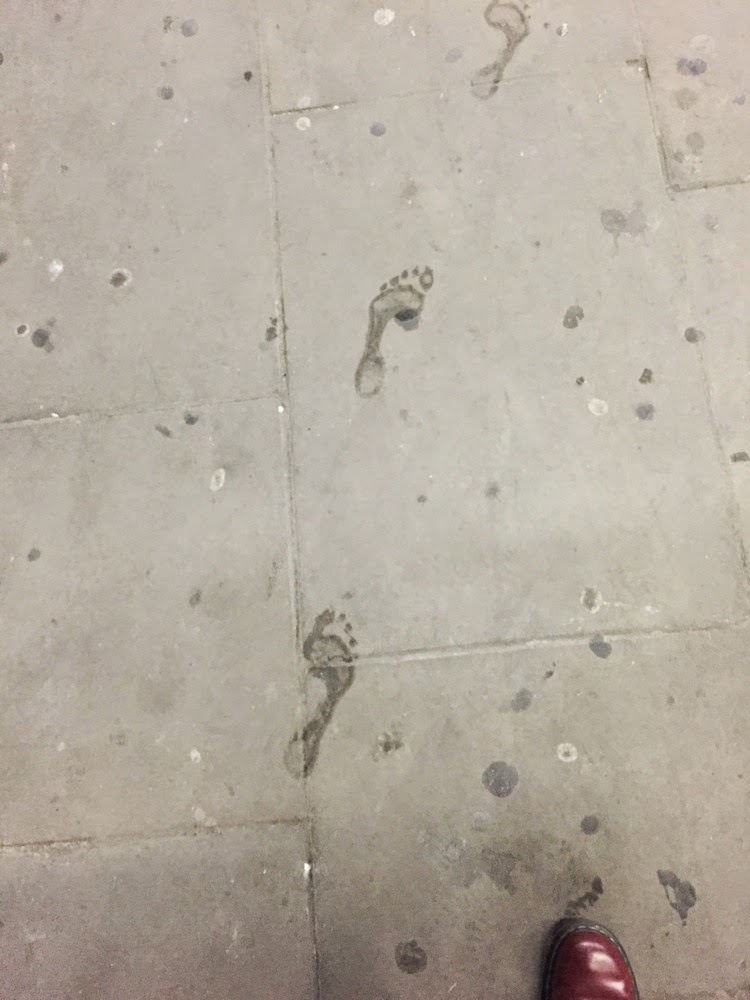 … left behind by a young woman who was carrying a violently-heeled pair of stilettos. She was clearly in pain, tottering along like Bambi with a hernia, but determined to persevere with the heels. Suffice to say she'll never make a London Walks guide. Or a London Walker for that matter. But kudos nonetheless.

On Christmas Day we'll be tuning in to Cerys Matthews on BBC Radio 4 as she leads us on a musical journey through Dylan Thomas's A Child's Christmas In Wales entitled All The Christmases. See the BBC website for details of how and when to listen: www.bbc.co.uk 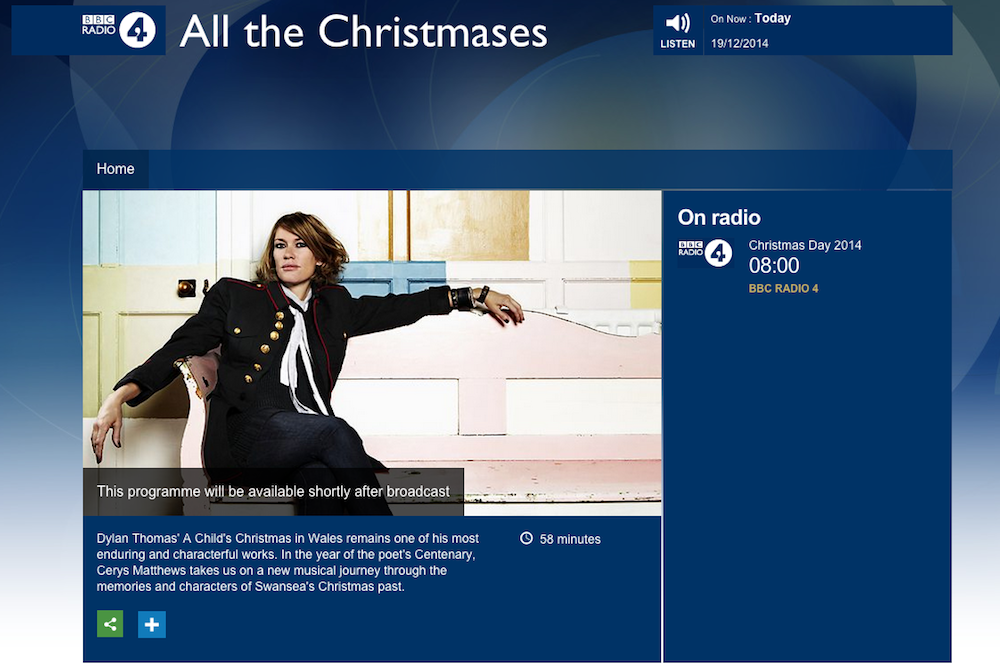 For other listening matter, do check out our London Walks Podcast (updated monthly) at londonwalks.podbean.com