The Last Word: #manspreading on the #London Underground 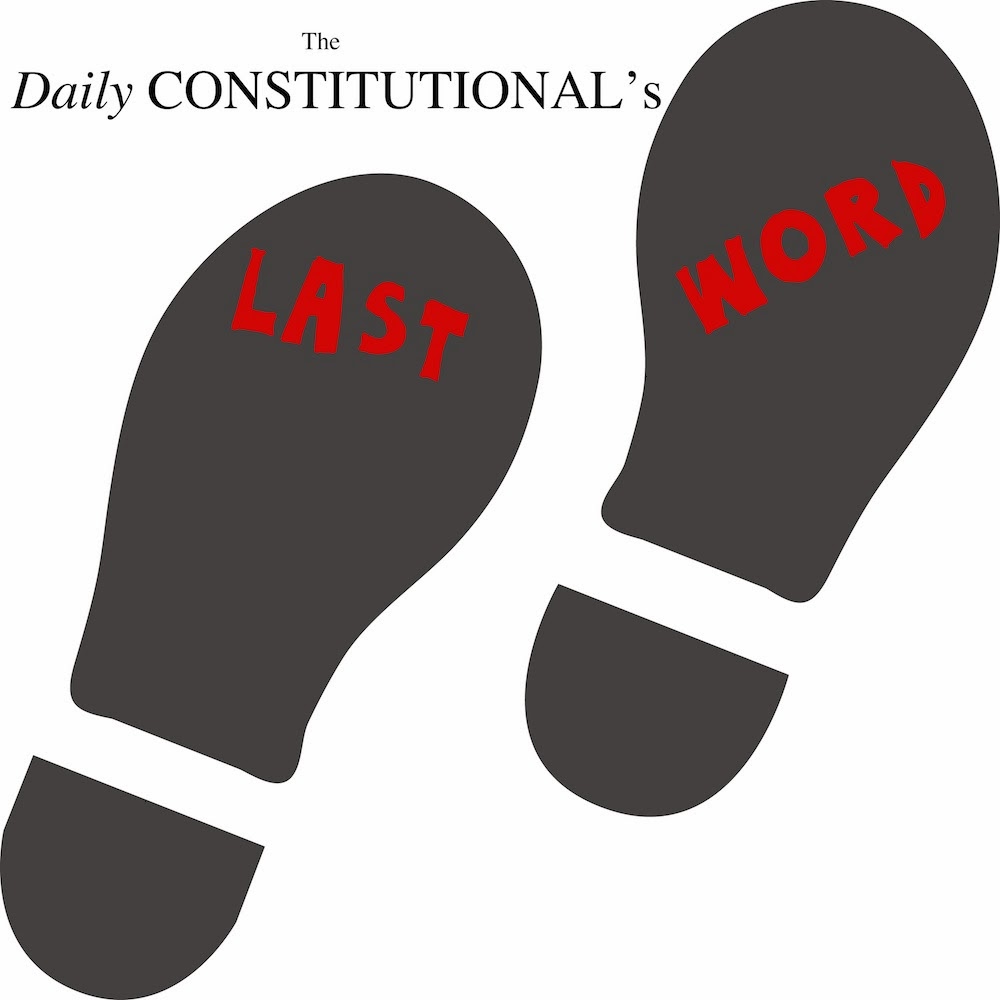 So where do we stand on manspreading?


Heaven forefend, but you may well have done it.

The practise – and gents, we're addressing you, here – of sitting with one's legs spread wide apart on the London Underground, invading the space of fellow passengers.

It's called manspreading and it's considered to be quite rude. So much so that there's a campaign to ban it in NYC. Here's the poster… 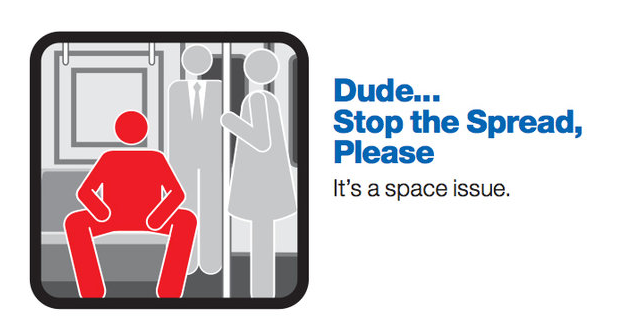 The broad defence from the male of the species is that the stuff that men have down there needs space.

The broad female riposte is: come off it duckie, nobody's THAT big.


Any thoughts, gentle London Walkers? Should we follow New York's lead and crack down (ahem) on manspreading?

Here's our own poster. It's a little less, er, subtle than the New York version. And it's not every day you hear THAT… 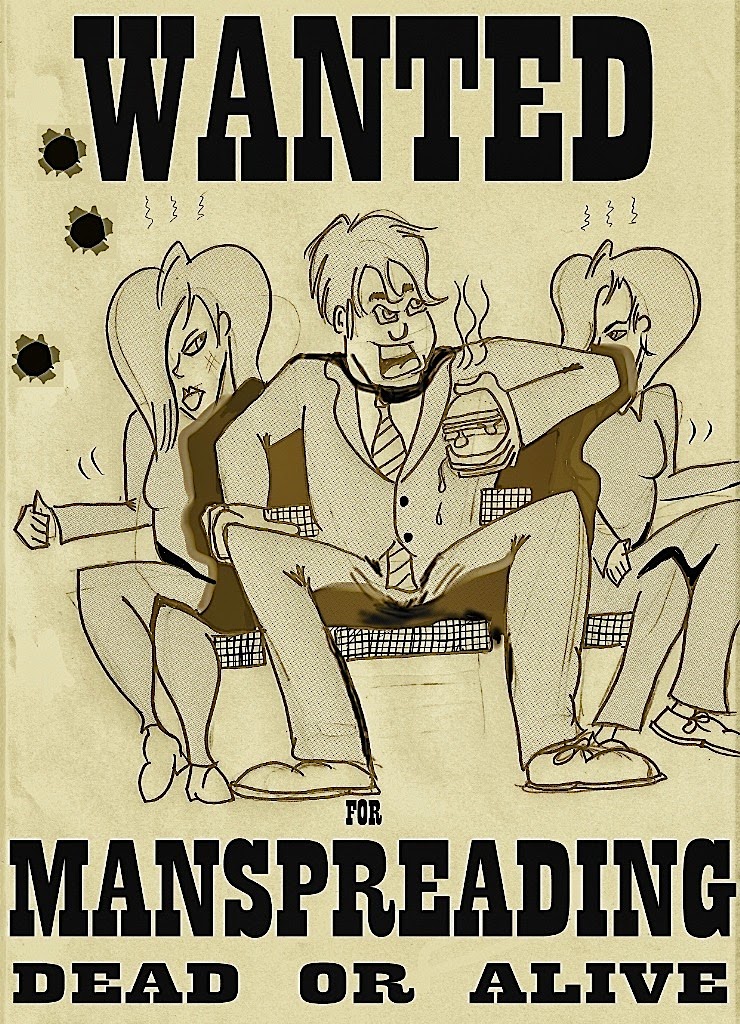 Email ThisBlogThis!Share to TwitterShare to FacebookShare to Pinterest
Labels: manspreading