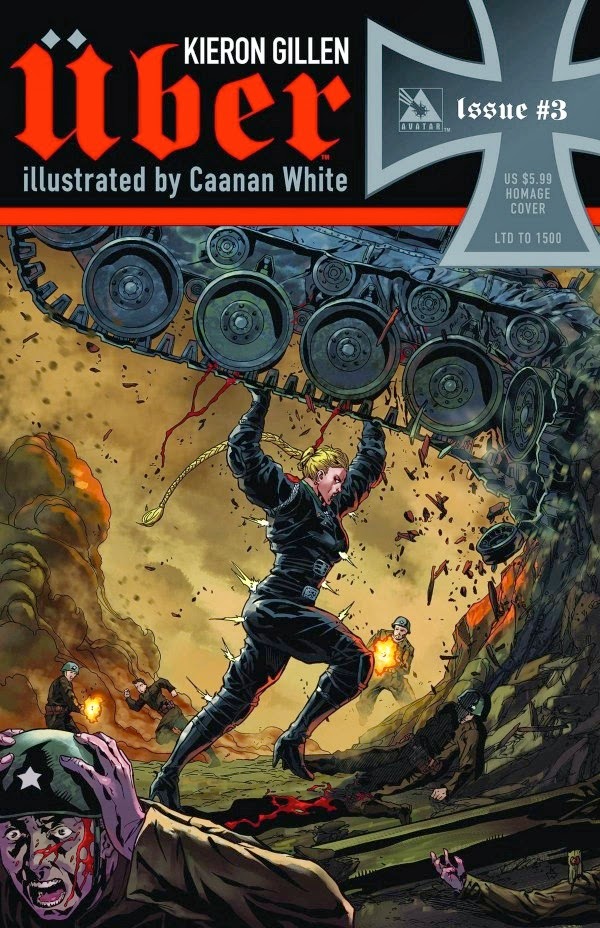 Kieron Gillen's Über is an ongoing comic book series set at the fag end of World War Two. It offers a chillingly imaginative and thoroughly gruesome alternate denouement to the Second World War.

At time of writing I've just laid aside issue #20. I'll be back for more in issue #21, so double tick on fascinating and compelling.

The seed of the book can be found in the much mythologized Wunderwaffe, the super weapons touted by the Nazi propaganda machine, of which only the V1 and V2 bombs (said to have been developed out of the same programme) ever came to full, murderous fruition.

Issue #11 is going centre stage in our Cartoon & Comic Book Tour of London, but we're treading carefully – there's a monumental spoiler to avoid in this issue, the revelation of which would be to ruin the impact of the entire series.

All we can say is that there's a clue in the word "monumental" and that Über takes two legendary symbols of Britishness and besmirches one with the other in a violent and truly shocking way. Enter artist Cannan White and his propensity for gory detail. His work, vivid and dynamic, is horribly haunting. Which brings us, perhaps, to why Mr. Gillen hopes that we don't necessarily enjoy this book. 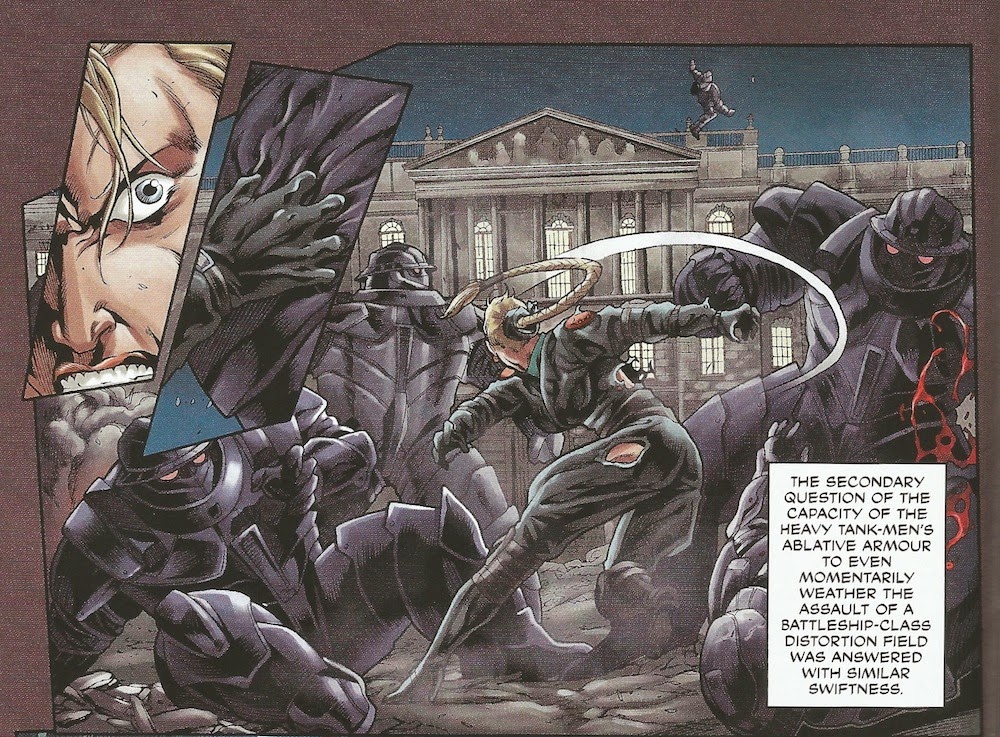 The context of the superhuman in the story's period setting is also worth noting. As we went to war, the superhero was very much in his infancy. Superman was on the scene and already popular. And the time was ripe for such characters as tools of morale boosting propaganda. Captain America was a created in the early years of the war when the US pursued a policy of isolation. The cover of his first story shows Cap socking Adolf Hitler squarely in the jaw.

You may, of course, be of the opinion that comic books were the least of the art begat by WWII and that Shostakovich's Symphony No.7, say, is of more import. I'm happy to appreciate the merits of both. But if I was called upon to defend the reputation of comic books as vehicles for serious storytelling, my task is made that little bit easier by the sophistication and nuance in Mr. Gillen's work.


You can buy Über by following the "Store" link at Avatar (the publisher's) website www.avatarpress.com

Alternatively you can pop in to Orbital Comics in Great Newport Street – find Orbital in our earlier post HERE.

You can find the location depicted by Caanan White above, now the Churchill War Rooms, here…