PROPERTY: No Properties Under £100,000 in London? ­ London Loves Business

MUSEUMS: Museum of London In Talks To Show Pieces From Met's "Black Museum" – The Independent

NATURE: Urban Beekeeping On the Rise In London – Munchies.vice.com

TIPS: Save Money In London – Metro


If You Do One OTHER Thing In London This Week…

Columbia Road Flower Market is open on Sundays from around 8a.m – it's the perfect precursor to Harry's Unknown East Walk on Sunday afternoons.

If you want to say it with flowers, then whatever that "it" may be, Columbia Road speaks your language with everything from bedding pants to bulbs to gypsophila to 10 foot banana trees. Plus it's lined with independent shops and cafés, nary a tax-dodging coffee chain in sight. Hallelujah!

Here's how to find it… 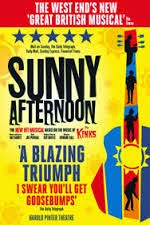 Last Saturday night London Spy was taken to the Harold Pinter Theatre to see Sunny Afternoon*, the musical built around the songs of The Kinks.

I've long had a problem with the so-called Catalogue Musicals, shows that take existing songs, often by pop composers, and build a narrative around them. My main problem being that the builders have often been cowboy builders, slapping the songs into the flimsiest of books and taking the money and running. And running and running.

No such trouble at Sunny Afternoon. Joe Penhall's script is an equal partner to Ray Davies' famous songs here. The conventions of musical theatre are never made clunky by songs elbowing their way in; the story is never bent clumsily out of shape simply to accommodate a big, popular hit. The book serves the songs and vice versa.

And Edward Hall's wonderful cast serve both. Especially the warring Davies brothers at the heart of the band. John Dagleish's Ray Davies is sweetly awkward as the famously diffident Davies, the Eeyore of rock'n'roll . Great voice, too, plaintive and true. George Macguire's wild Dave Davies is like a crate of gelignite balanced on the handlebars of a motorbike with no brakes. He's going to blow up sooner or later, the thrill is that we don't know when. 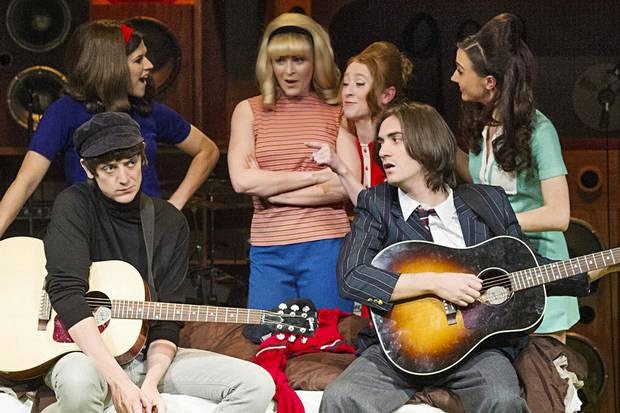 It seems to have been quite a challenge to bring this show to the stage. I have been reading rumours of the impending arrival of a Kinks musical for the best part of 20 years. Has taming the wide variety of the songs been a problem? That other successful catalogue musical Mamma Mia made many of us realise that Abba's songs were showtunes waiting to happen all along. The songs of Ray Davies are not so straightforward. They were written (and marketed) as rock and pop songs. But Davies's influences, being the true Londoner that he is, are wildly cosmopolitan: rock and pop, vaudeville, folk, blues, calypso, waltzes and country hoedowns are in the mix. Many of his songs are three-minute kitchen sink dramas in their own right.

The creative team's triumph here is to take such variety and weave it into an exhilarating theatrical cohesion. Not unlike London itself. A truly great British musical.

*London Spy paid for his own ticket

A tricolour on the Thames. #JeSuisCharlie… 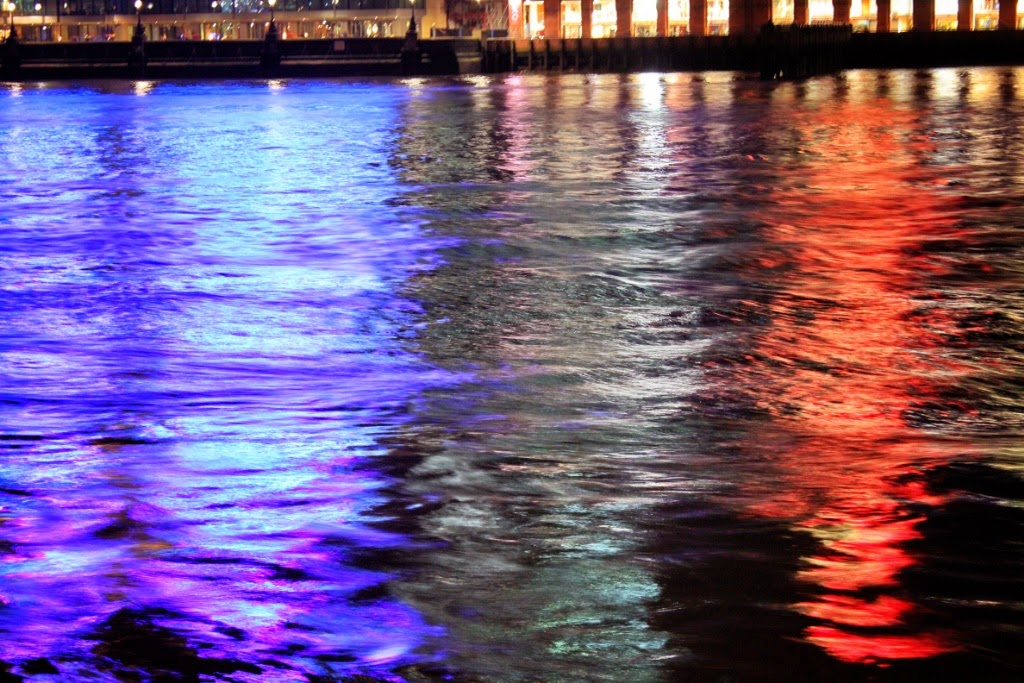