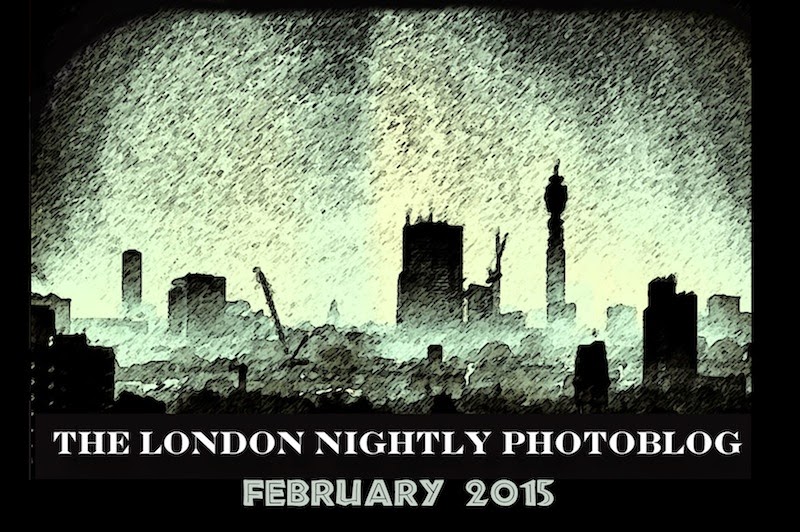 And so we bid farewell – for the time being – to the London Nightly Photoblog!

All through February we've been taking one last look at London at the end of every London Walking day. Over this past week our pics have had a museum theme to tie in with our February London Walks Podcast on Museums.

As ever, this slot is dedicated to all of our London Walkers and Daily Constitutionalists. Thanks for walking and thanks for reading!

We hope you've enjoyed our shots – the London Nightly Photoblog will return for another run in June this year. 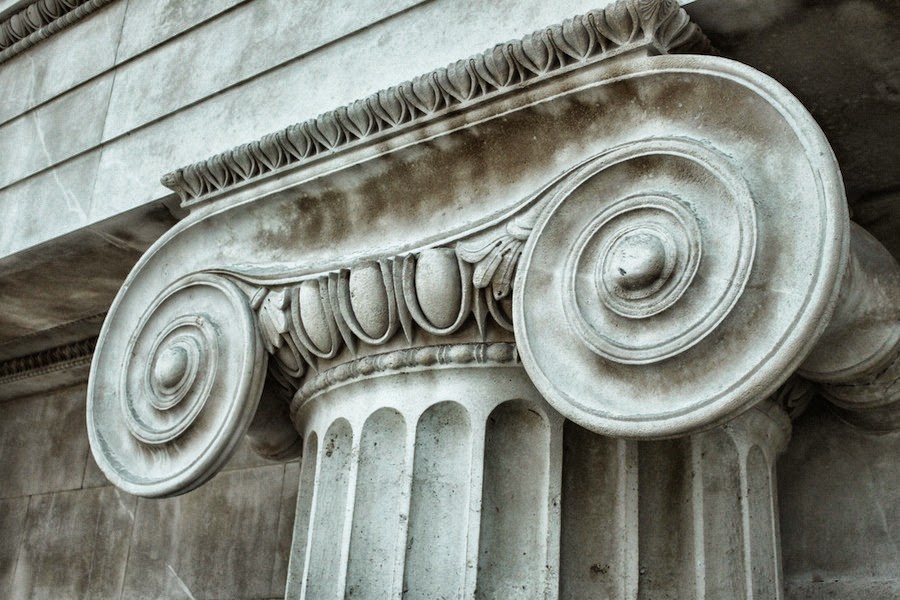 Part Three and… disaster strikes when our attempts to podcast at the John Soane Museum are thwarted!

Catch up with Parts One & Two here…

MORE ARCHITECTURE: Does London Have A "Fancy Bridge Fetish"? – CityLab

MORE FOOD: What On Earth Is "Cakeage?" – British Baker Magazine

This week The Guardian published an excellent piece posing the vexed question: who owns the banks of the River Thames?

"The Thames Path, which gained official National Trail status in 1989, is a 213-mile pedestrian route from the river’s source to the Thames Barrier that takes in some of Britain’s most iconic sites along the way. Sixty miles of the trail run through London, on both the north and south bank of the capital’s most famous waterway; Transport for London classifies this stretch as one of the most important pedestrian thoroughfares in the capital, and in 2013 Lonely Planet declared it to be among the finest urban walks on Earth.

In the centre of town it is possible, in many places, to stroll uninterrupted by the Thames and enjoy green parks, comfortable benches and vibrant cultural institutions along the way. Elsewhere though, the path bears more resemblance to a high-security prison corridor than a public right of way: gates, spikes and CCTV warning notices stand sentinel over fragmented patches of riverside that start and end abruptly, and whose access rights are shrouded in a veil of bureaucratic obscurity…"

Our advice this week is: 'Ave a cuppa tea… at Twinings Tea Shop & Museum, 216 The Strand. (We'll be visiting Twinings on the next part of our London Museums Podcast.)


London Story Of The Week

Our favourite story this week came from The Evening Standard, telling of four-year-old Londoner Mimi who lost her beloved soft toy Bunny on the 436 bus.

"A mother today praised London transport commissioner Sir Peter Hendy after he personally led the hunt to track down a toy bunny rabbit her daughter lost on a bus.

Alex Mannion, 36, said she was “so grateful” to Sir Peter for helping to reunite her four-year-old Mimi with the soft toy that she calls Bunny.

The Transport for London boss intervened after BBC London radio presenter Eddie Nestor broadcast Ms Mannion’s emailed appeal while he was in the studio for a regular phone-in."

It reminded us of our own version of this tale, concerning Isobella (then three years old) daughter of Daily Constitutional Editor Adam and London Walks guide Karen. It was first published on the 23rd March 2011 and subsequently picked up by East Finchley's local newspaper The Archer…

We’re hailing the people that keep our Underground stations going – the non-driving staff of the Underground. In particular, we’re saluting the good folk at East Finchley Station (although the sentiment applies right across the network). Here’s East Finchley station’s most famous detail… 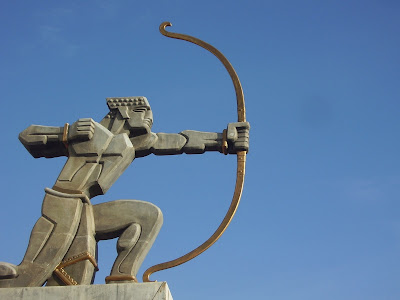 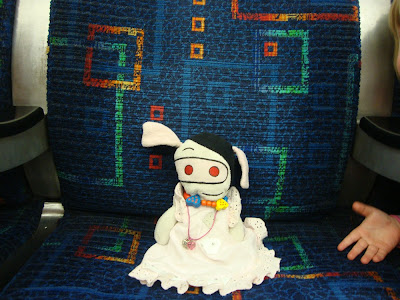 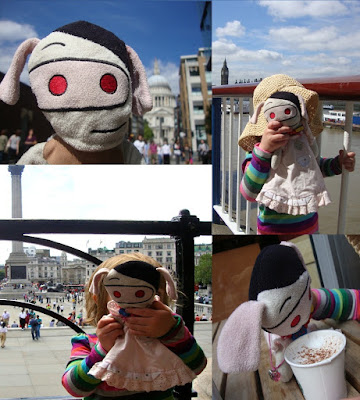 (If Isobella could interject, she would probably pick this point to do so. And she would point out that it was in fact her idiot father who was responsible for this atrocity and that both Isobella and MooMoo remain unimpeachable in this catalogue of neglect and near-disaster.)

I've already pointed you in the direction of Orbital Comics in the Cartoon & Comic Book Tour of London. And before our 20-part series ends, you should also check out Gosh! 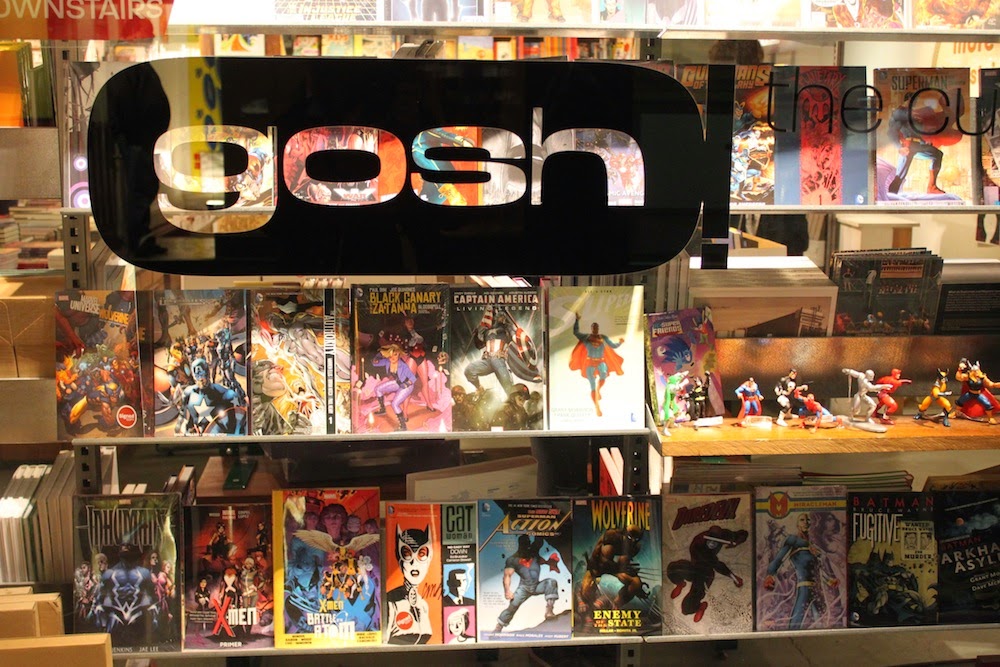 Gosh! is not only a great comic book store – well-stocked and friendly – but their events are top notch, too. This evening, for example, sees the launch do for Princess Decomposia & Count Spatula, a lovely looking book by Andi Watson. 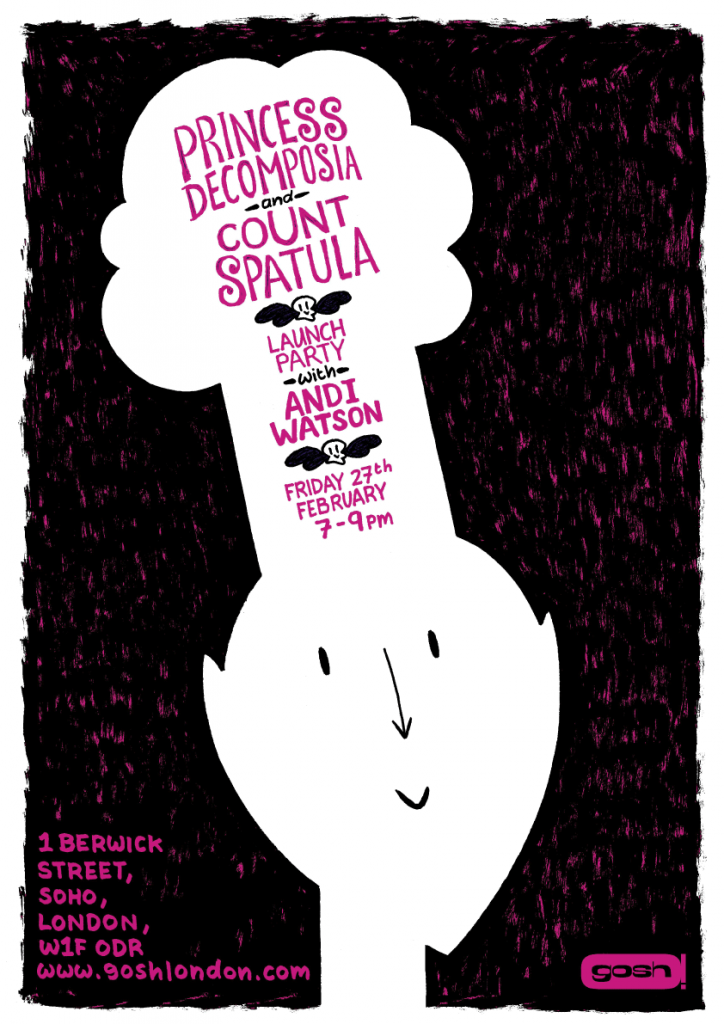 Andi Watson will be signing copies but if you can't make it along you can reserve or order a signed copy by emailing info@goshlondon.com.

There has been a Gosh! comic book store in London for as long as I can remember. Its former home was near the British Museum but it can currently be found doing its bit for turning back the tide of corporate dullness in Soho.

(Indeed the next comic book we'll feature in our tour gives Gosh! Comics a starring role in the narrative. Metroland was recommended to us by Camilla at Orbital Comics and it will be the next stop on our Cartoon & Comic Book Tour of London.)

Soho itself provides rich pickings for cartoons and their creators. Being an iconoclasts' paradise Soho is a natural home for cartoonists – Private Eye is based here (see earlier blog post). The defining events of 19th Century Soho, the cholera epidemics, also inspired some famous and angry cartoons. Perhaps most famous of all is A Court for King Cholera… 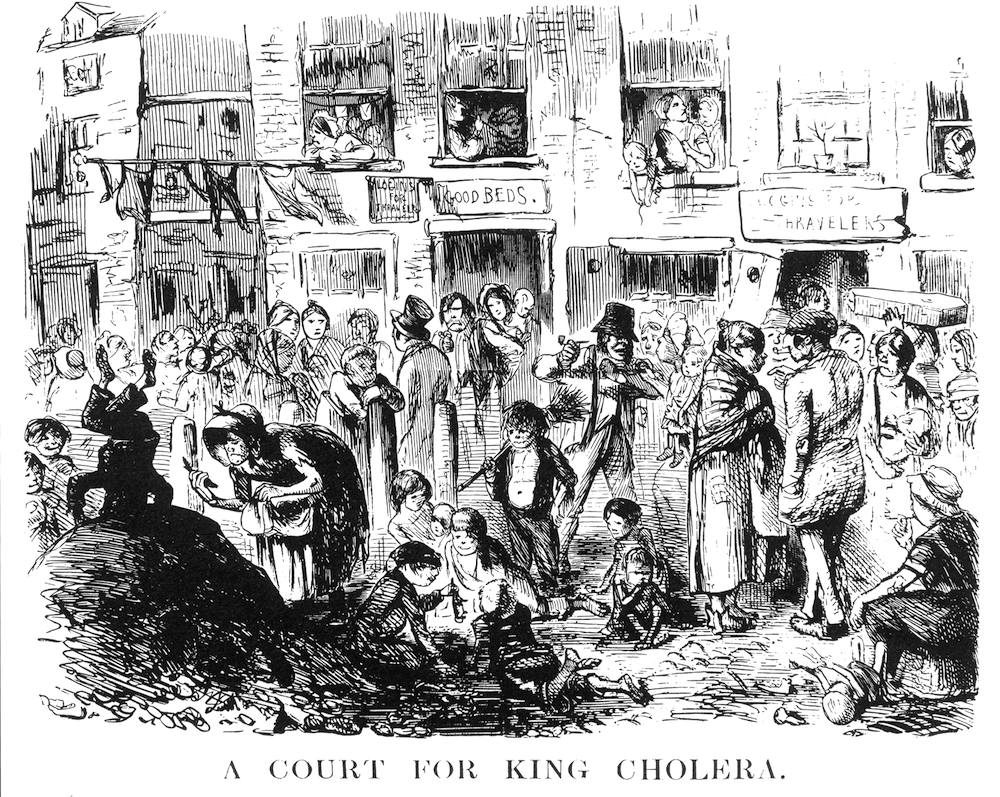 … by John Leech, published in Punch 1852. Twenty years earlier George Cruikshank had already poked fun at a profiteering medical profession in an earlier outbreak of the disease… 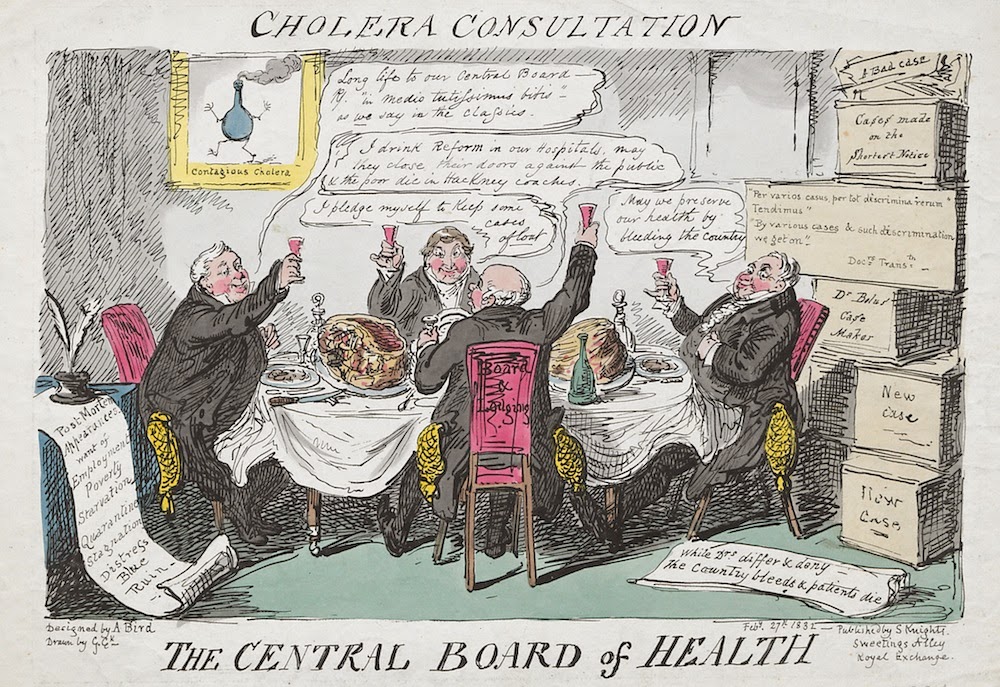