Unperturbed by the rumbling of the number 40 bus, a wolf stalks its prey in South London… 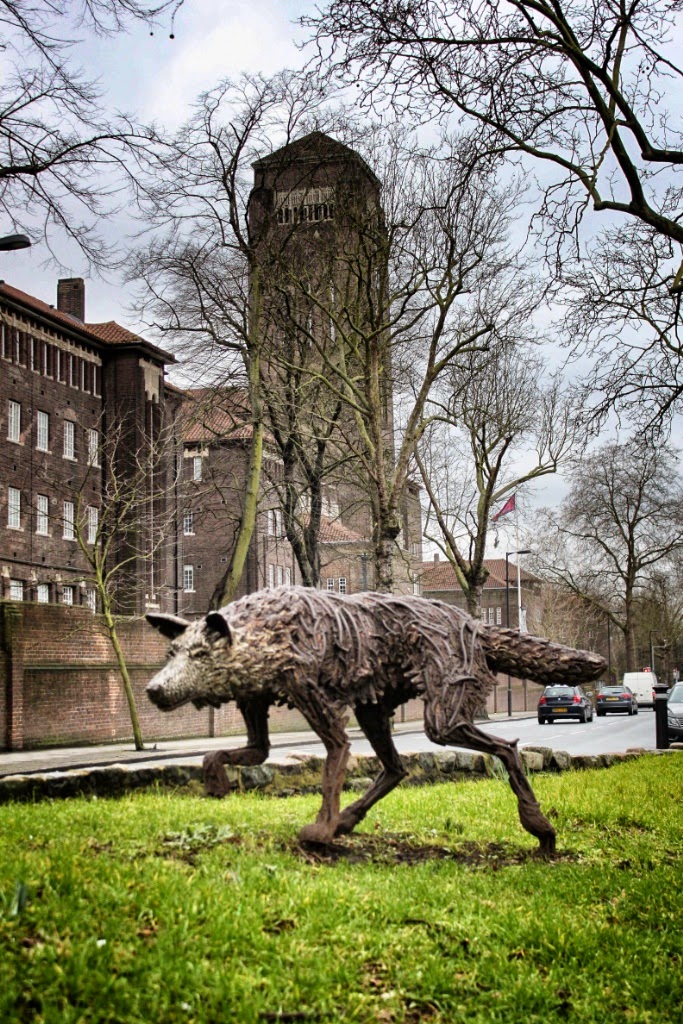 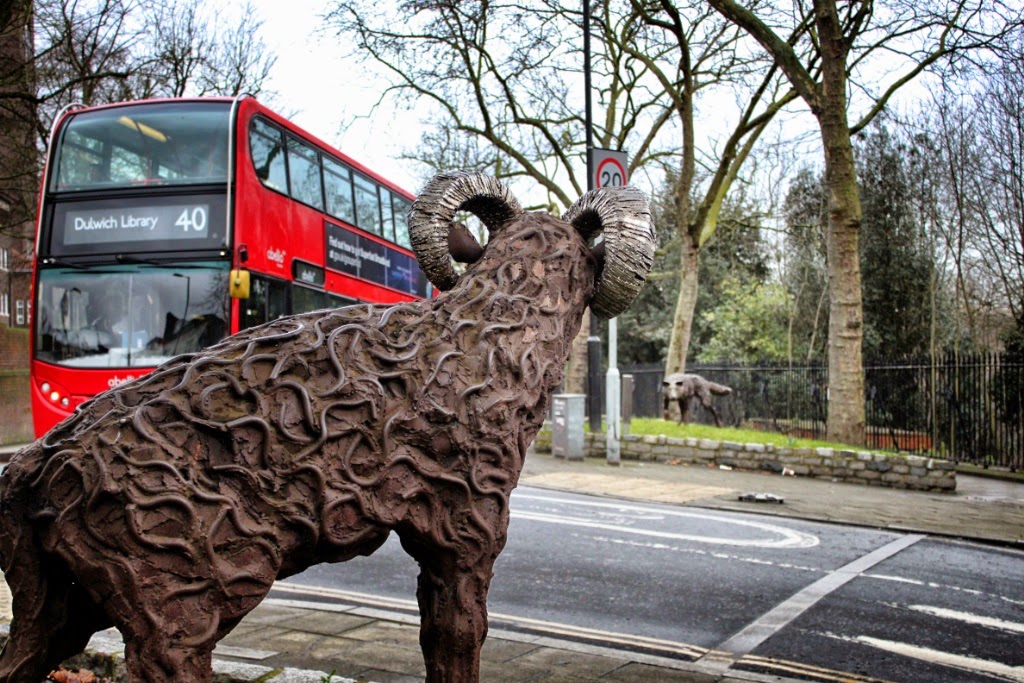 Leigh Dyer's bronze and steel sculpture "Run" has been a permanent feature at the junction of Grove Lane and Champion Park (near Denmark Hill station) since 2009.

On one side of the road, a wolf, coiled and sinister, is ready for the chase. On the other side, a ram is poised for flight.

Wolves are generally believed to have become extinct in England during the reign of King Henry VII, but this sculpture begs us to strip away the traffic, the buildings (including Giles Gilbert Scott's William Booth Memorial Training College as seen in the background of the first pic) to imagine a view across the Thames Valley plain to the river. It is a thrilling piece of work.