ARTS: Is The London Theatre Critic Becoming An Endangered Species? – the Stage

ARCHITECTURE: The Story of the London Eye – The Guardian

MUSEUMS: Sherlock at the Museum of London – New York Times

This was our favourite walking story of the week, a mother and daughter odyssey…

June 2009. The start of a three-month holiday and Katharine Norbury and her nine-year-old daughter, Evie, were making plans. Schools in Barcelona, where the family were living, had broken up. Katharine’s husband was still there working; she and Evie were back in Britain, the long summer days stretching before them.

Katharine had miscarried in the spring and wanted a project to stave off her terrible fear of “everything standing still”, as well as to entertain her daughter. A book, recently re-read, had struck a chord. The Scottish writer Neil Gunn’s 1951 novel, The Well at the World’s End, describes the search for “a well whose water is so clear it is invisible”. As Katharine and Evie discussed the terminology of rivers, sources and wells, an idea formed.

“The theme for the summer is following watercourses from the sea to the source,” wrote Evie in her journal, transcribing her mother’s words.

Read the full story in the Guardian HERE.

We've been out-and-about podcasting in London museums this week and on Thursday we were given a very warm welcome at Twinings Tea on the Strand. 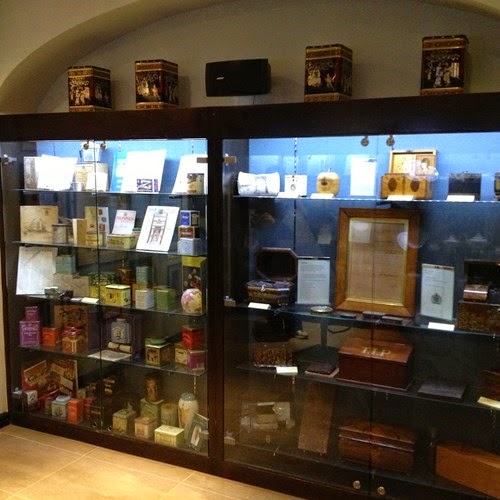 The Museum at Twinings is no more than a few metres square and is situated at the back of their famous shop. Yana was our host and she educated us in the ways and the history of tea. Here's a little snippet from their website which sums up the feel of the place perfectly…

"We also have a new Loose Tea Bar, which has created a lot of interest - with our sampling dishes, you can pick up the tea, smell it, taste it, throw it on the floor if you like! And although dry tea is great, wet tea is better - so we've just put in a new Sampling Counter, where you can ask us for a try of a little something! "

It was a perishing cold winter day and the welcome at Twining was outstanding. Who says British service is the world's worst?!

So our advice this week is simple: If you do one other thing in London this week… 'ave a cuppa tea!

There was a lovely "backstage" feeling in Chinatown this week as Soho prepares for Chinese New Year. Here are the lanterns being unpacked… 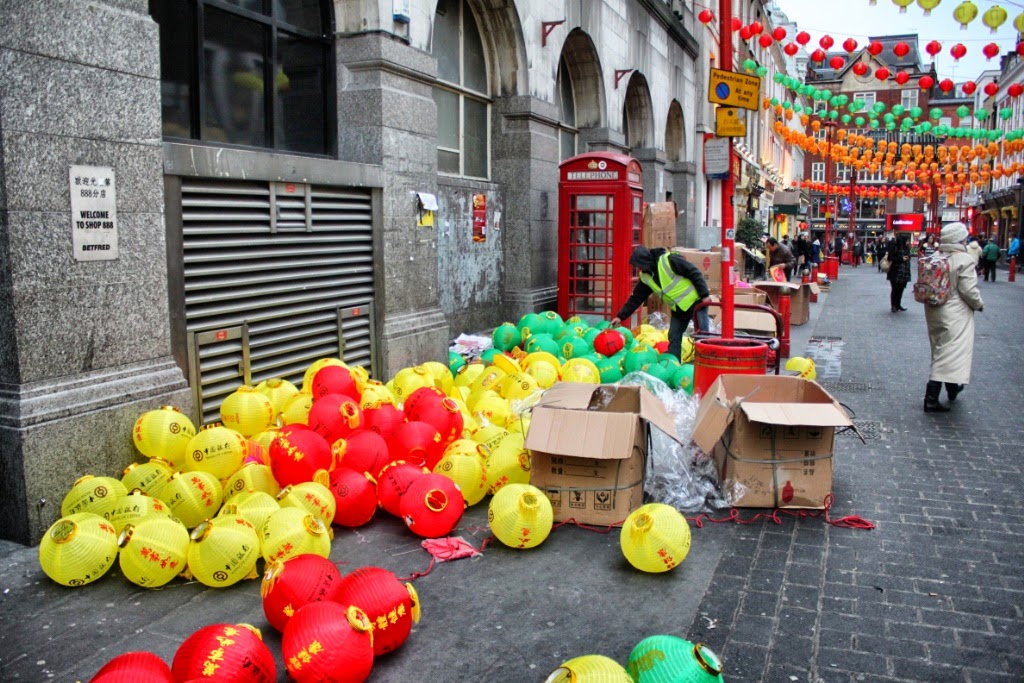 The Chinese New Year celebrations take place in and around Soho next Sunday – you can round off the day with the Soho Pub Walk, meeting at Leicester Square tube at 7pm.

…and we're currently compiling part two with visits to The Grant, The Petrie, The Cartoon and The British museums!

If you'd like to recommend your fave London museum, then drop us a line or leave a comment below.

Have a great week!