The Best Museums in #London No.10: The Brunel Museum @BrunelMuseum 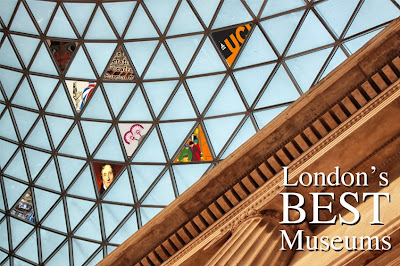 We've canvassed the London Walks guides, asking them to nominate their desert island museum and we'll be posting their responses throughout the month.

As usual, you are more than welcome to join in! Get in touch via Facebook, or Twitter or via the usual email address.

Hang on to your (stovepipe) hats, folks, here's Robert… 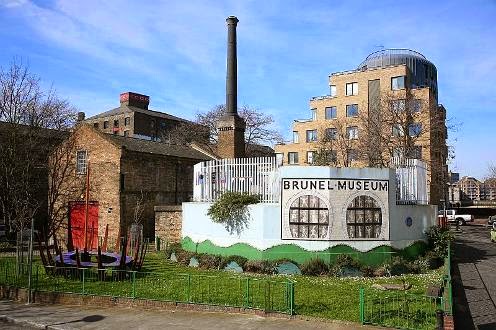 I am so glad you asked! If I could take one London Museum to a desert island, it would be The Brunel Museum because it has a secret underground chamber, in case it got too hot out there above ground. London Walks take you there five times a week with ‘Brunel’s London’ and ‘Mayflower to Brunel’s Tunnel’.  The Brunel Museum travels well because it is an International Historic Landmark. Also what the Victorians called the 'Eighth Wonder of the World!’

More important, I need to clear something up about museums. Forget display cases, ancient coins and bits of broken pottery, ‘museum' actually means ‘House of the Muses’. In other words 'House of Inspiration'.

There are nine muses and they are alive and well and live in a secret underground chamber at The Brunel Museum. Say Brunel Museum, say Inspiration.

Brunel Museum home to epic verse, as in Ode to M Brunel by Thomas Hood

Well! Monsieur Brunel,
How prospers now thy mighty undertaking,
To join by a hollow way the Bankside friends
Of Rotherhithe and Wapping
etc

Euterpe Muse of flutes and lyric poetry (and hang drums)

Brunel Museum stages Concerts, Pop Up opera and jazz in the underground chamber, including Manu Delago the best hang drum player in the world

Brunel Museum relaunches the Hellfire Club with Martin Soane (Greatest Show on Legs), and a regular stand up night follows shortly also as in Poem by Alan Gilbey

Brunel Museum no stranger to tragedy. In 1828 six men died in this chamber, and Isambard Kingdom Brunel nearly drowned. Also as in our recent promenade performance Othello by William Shakespeare: young bride killed in tragic misunderstanding over laundry.

Brunel Museum keen observer of ritual. On 17th January we celebrate Wassail, an old and sacred ceremony. We dance around fruit trees in the garden, recite poetry at them and give them a good kicking which ensures they will produce cider.

Brunel’s earliest commission was to build a telescope (he also built watches).

Details of these and other events on www.brunel-museum.org.uk

Robert is allowed to drive sheep across London Bridge. An Oxford graduate, he's an actor, museum director, author and holder of the Freedom. Let alone the first person since Brunel to organise an underwater fair. He's got the keys.


Here's how to find the Brunel Museum…

All three parts of our London Museums Podcast…