It's our weekly London roundup starting with a quote and a few stories that caught the eye in London this week, click the links to read the full articles…

Quote of the Week from Rick Steves:

Just perusing the fascinating lineup of two-hour tours offered by London Walks inspired me to stay longer. It’s hard to beat the price of the free walking tours sweeping Europe’s cities — but be prepared for an inexpert guide who will press you for a tip at the end. (See TRAVEL story below)

Congratulations to Fiona who was awarded the Blue Badge Guide of the Year title this week! 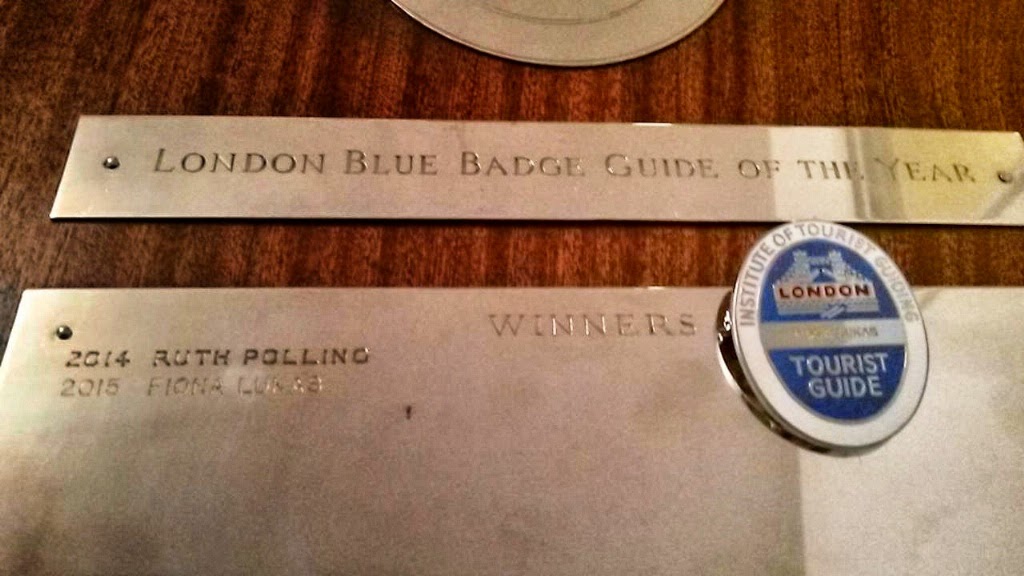 Fiona, a descendant of John of Gaunt, already had a trophy case of awards and professional qualifications: Blue Badge, City of London Badge, Westminster Badge. Anything else? Thought you'd never ask. She's an actress who also teaches juggling, circus skills and escapology (she made a famous break from the London Dungeon).

Blogroll of Honour – London Walker Blog of the Week

Big shout out to Vanessa B of Toronto – she's coming to see us here in London soon, and dropped us a line via Twitter to say we're on her London bucket list and she'd written about us on her blog. Thanks Vanessa!

We had a dig a round on her blog – the Stardust Classic Movies Blog - and liked it so much that we've been inspired to add this new, occasional slot to our weekly London Spy post – London Walker Blog of the Week!

Vanessa B is first up, natch… 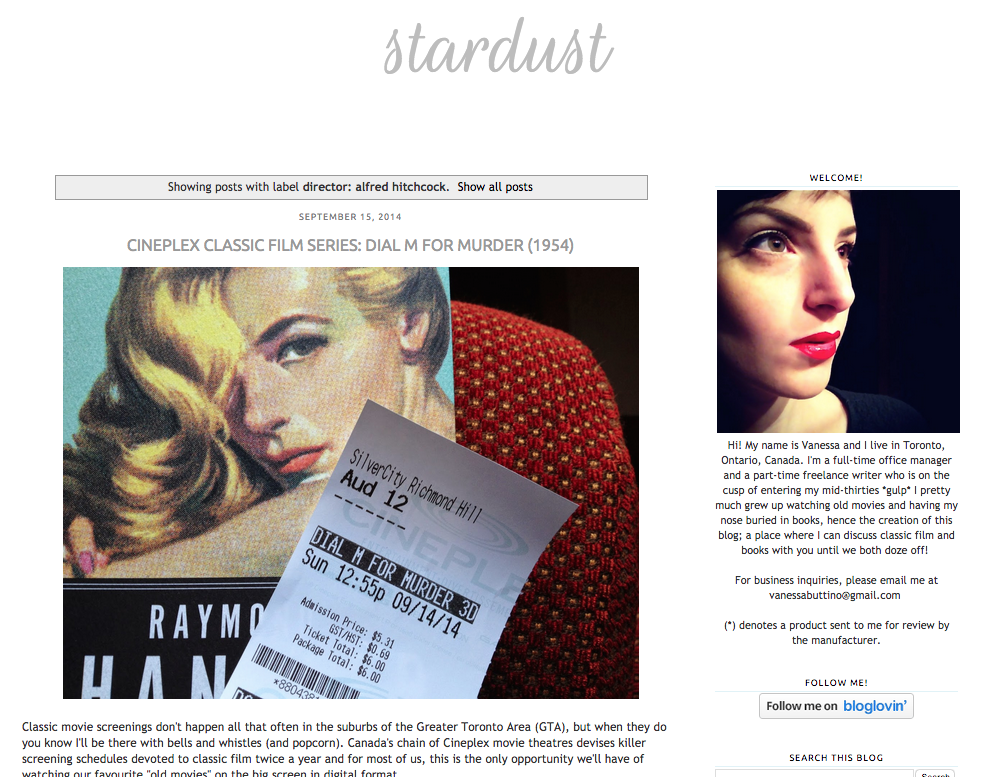 DIAL M FOR MURDER is the kind of film that leaves the audience pretty much breathless by the time its end credits roll. For me, this is the feeling I live for, especially when watching a movie classic that's earned a reputation over the years for being a prestige piece that will most likely endure for many more decades to come. Classic films like these never fail to impress me and when I leave the cinema I find myself walking taller with an inevitable spring in my step…

Made us want to watch this film again! Thanks Vanessa, keep up the great work and we'll see you soon on a London Walk. (P.S keep an ear out when we post Part Two of our Literary London Podcast next week – we're covering London bookshops and we know you're a fan of those too!)

Are you a London Walker & blogger? Send us a link, we love a good read!

Re: Confessions of a Serial Walker
Dear David, Richard the III & London Walks Guides At Large

I write to confess my sincere infatuation with London Walks.

About a decade ago I happened to be in London for the weekend and having done most of the Big Onion Walks in New York City and the Boston by Foot Walks in Boston, MA, in addition to various walks in other countries, stumbled upon London Walks. I took the Old Westminster Walk with Graham and, for better or for worse, was hitched. I hasten to add that Graham introduced me to Barrafina in Soho on his Soho In the Moring Walk a few years later and I have been faithfully returning there henceforth.

Fast forward 10 years and 125 walks (enumerated below and including those by your unofficial sister company Paris Walks) later and one could claim with impunity that a coveted benefit of me spending my sabbatical in the Math Department at Imperial College London is that its provides me with an opportunity to check plenty more walks off the list.

I find the guides without exception to be erudite, passionate, down to earth, “utterly reliable” as claimed and downright formidable in their knowledge of London. They treat their clients with genuine respect and an utter lack of hubris, often staying on afterward to have a drink at a pub with them or even inviting them to join them for a meal between walks.

Another wonderful thing about London Walks is the more of them you take the more you find that you must do in London. For example, a few weeks ago while on Hillary’s Eccentric London Walk, she informed us that the quintessential view over dinner in London is to be had at the National Portrait Gallery and, after having dinner there last week, I can attest to the accuracy of her assessment. Your company has effectively democratized the ability to become a London Insider. Some other things I find wonder about your Walks include

1.     The pamphlet is my 1 year old son Ken’s favorite toy and I take the Walks often enough (and often with Ken) that I can quickly replace those that he tears. Apologies for elevating your printing costs, but perhaps I am compensating by distributing the pamphlets to all of my colleagues.
2.     Your constantly adding new Walks so the well never runs dry.
3.     The Walks are invigorating and provide a bit of exercise to get the blood flowing,
both in the mind and in the body.
4.     It makes reading books by English authors all the more fun.
5.     Andy introduced me to the Ye Olde Cheshire Cheese Pub.

More than anything else London Walks has indeed taught me that what Dr.
Johnson said back is genuinely true and, moreover, bears repeating. "Why, Sir, you find no man, at all intellectual, who is willing to leave London. No, Sir, when a man is tired of London, he is tired of life; for there is in London all that life can afford." 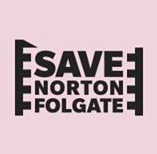 Norton Folgate, a beloved corner of East London, is under threat from property developer British Land. The Save Norton Folgate campaign is staging an event this week - Wednesday 22nd April at 6:30– to raise awareness of their protest with historian Dan Cruickshank.

Mr Cruickshank will tell the story of the first defeat of British Land in Norton Folgate back in 1977 and outlines the current battle to stop them obliterating the neighbourhood under a hideous corporate plaza. Sian Phillips reads the poetry of John Betjeman who lent his support to the 1977 campaign and Alec Forshaw, the distinguished Conservation Consultant, dissects the inadequacies of British Land's current scheme.

The Spitalfields Trust's Save Norton Folgate exhibition will be on show.

Distracted walking. It's a thing. Did you know that? Me either. But it is a thing.

Recent scientific biomechanics studies have looked into the potentiality that using a mobile phone could alter a person’s walking patterns, and ultimately increase their chances of experiencing a slip/trip and fall.

Er… doh? And how about this, from the Alabama News Leader…

The American Academy of Orthopaedic Surgeons (AAOS) says distracted walkers are causing an epidemic of fractures and other orthopaedic injuries.

The New Zealand Herald chips in with some valuable advice in their article on pedestrian safety in Auckland:

Pedestrians have the right-of-way over vehicles on footpaths.

Thanks for clearing that up. We do hope that the Addison Lee cab driver who practically mounted the pavement in Wardour Street yesterday during our Rock'n'Roll London walk is reading this.

Sunshine. Lots of it, too… 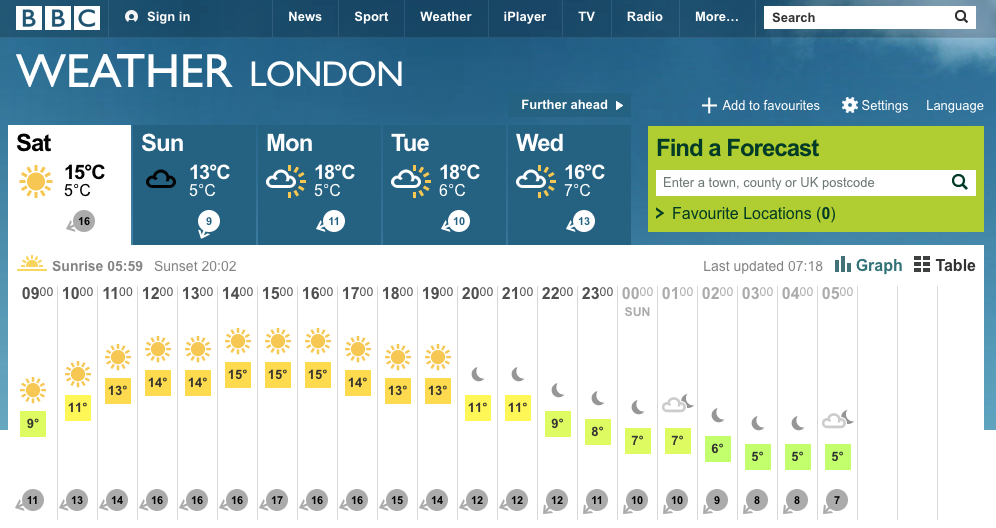 We're currently working on Episode Two of our Literary London Podcast. In the meantime, catch up with Episode One…

Via Twitter from Erica F who seems quite pleased that the new London Walks programme is now online at www.walks.com. Thanks Erica, looking forward to welcoming you!

Thanks for reading. Over the next few days we've got a whole load of Literary London stuff coming up on The Daily Constitutional. Stay in touch! London Spy will return next week.