Strand On The Green This Saturday With #London Walks. See Jesus's Coffin @StrandW4

Ahead of his Strand on the Green walk this Saturday (meeting at Gunnersbury tube 10:45a.m), here's Daily Constitutional Special Correspondent David Tucker… 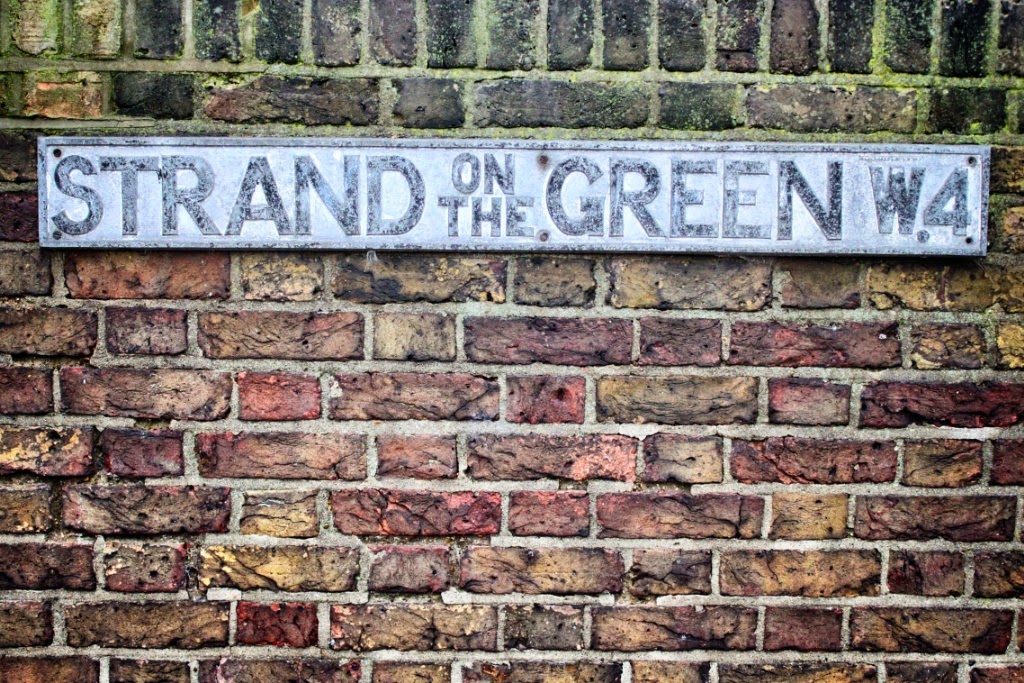 That was one way I was going to open this “post” about my Strand on the Green walk next Saturday (April 11, 10.45 am from Gunnersbury Tube).

Other way was:  Squeezing the vaginal muscles makes the pupils dilate, making you more attractive.

Ok, while you self-administer the smelling salts, a bit of background.

You’d be surprised how much goes into our Tour du Jour walks. Everything from mucho hours in the local studies library – because a neighbourhood like Strand on the Green has not been “written up”, nothing much has been published about it, so I had to create the walk from scratch, pioneer it, and the only way to do that is with the handholds of primary documents. To getting out there and talking to locals. To getting the timing right when that’s applicable.

And boy is it ever applicable with the Strand on the Green walk.

Applicable because you can’t walk Strand on the Green when the footpath is under water. Which it will be if you’re not careful about the tides.

So your first stop is the Thames Tidal Tables.

But you’re going for the trifecta here. The second part of which is to see it – the neighbourhood – when the magnolias are in bloom. And that’s a pretty narrow window. Fingers crossed that I’ve got this one right. Certainly Penny’s – Mary’s mum’s – magnolia is blooming this week. So, that’s Parts I & II of the trifecta.

You think Easter’s over? You’re wrong. It may be for us but it’s not for the Russians. Their Easter is next Sunday. Making Saturday, April 11 a very important day in the Russian Orthodox calendar.

And what’s that got to do with Strand on the Green?  Well, on our way from Gunnersbury Tube to Strand on the Green there’s a sight up ahead that’ll cause a sharp intake of breath. Because it’s so unexpected in a pretty, residential, west London neighbourhood. Yes, that’s right. You’ve guessed. A Russian Orthodox church. Complete with the onion shaped, spangled with gold stars, deep blue dome. And why is it blue? And what are those stars all about? Well, come along on the walk and you’ll find out.

And why is the church there? Apart from the fact that there’s been a Russian Orthodox  “presence” in London for 300 years? Well, again, come along on the walk.

And come in with me to their Easter Saturday service. It will have started at 9 am. We’ll get there at about 11.20 am. And, yes, for sure, it’ll still be going on. It’s  an eye-opening – and ear-opening and olfactory nerve opening – experience. No pews. They stand. Why? “Because you don’t sit in the presence of God.” Ok, there are benches at the side where the very old and the very pregnant can get off their feet – “God wouldn’t expect them – wouldn’t demand that they stand.” And there’s lots of ikons. And incense. And chanting.

And Jesus’s coffin, right there, in the middle of everything.

They don’t call the day before when the man in that coffin died Good Friday. To them that’s a bit of western sophistry. I’ll essay – very laboured it’ll be – the Russian phrase. It’s basically untranslatable. But it roughly means, “terrible, terrible, suffering, a heart-breaking occasion”. Because Jesus died. In a terrible way. And he’s dead. And then later on on Saturday the coffin will be moved to the side. Because He will have risen from the dead. Be out of the coffin. Amongst us. And the Russians will be full of joy. And feasting.

And what’s this have to do with that other intro line I had in mind? The dilating eyes matter.

Well, thinking about what Russia’s become… Parts of it anyway. Parts of Moscow at any rate. The Russian bonanza. The tsunami of wealth that’s cascaded in there in the last 20 years and the impact it’s had on that culture. The Forbeses (as their known) – as in Forbes rich list. The nouveau riche Russian plutocrats. Cadres of impossibly wealthy Russian men.

Sugar daddies. Sugar daddies looking for mistresses. And the “academies” – there are dozens of them in Moscow – like the Gold-digger Academy or the Geisha School or the How to be a Real Woman Academy – that purport to teach – for fees that run to about £600 a week – attractive Russian girls how to bag a millionaire. And not talking, really, realistically, about wedlock. Talking about being a mistress.

The girls, incidentally, are known as “tiolki”, cattle. Peter Pomerantsev, to whom I’m indebted for lifting the curtain on this bit of contemporary Russian life, says it’s a buyer’s market: there are dozens, no, hundreds, of “cattle” for every “Forbes”.

And, yes, one of the tips the cattle are given is to squeeze their vaginal muscles because it will make their pupils dilate, making them more attractive.

And knowing that, well, it provides no little perspective on what we see – what we encounter – when we look in on that Easter weekend service. It sharpens things. You have to wonder if maybe old Russia’s not to be found in Russia anymore. Maybe its last outpost is this very hard up little Russian orthodox church in west London, where the phrase `– phonetic spelling here – “strast  niah sedmeetz” – still has meaning. Terrible, terrible suffering and the presence of God – old Russia, deep deep Russia – is, well, alive and well. Even if it’s in an outpost a long way from home.

Even if home is no longer home.

Email ThisBlogThis!Share to TwitterShare to FacebookShare to Pinterest
Labels: Strand on the Green, W4