The London Reading List No.22: London Perceived by V.S Pritchett

The book I’d recommend on London? Eezy peezy. I think it’s the best book ever written on London. Well, the best non-fiction book. 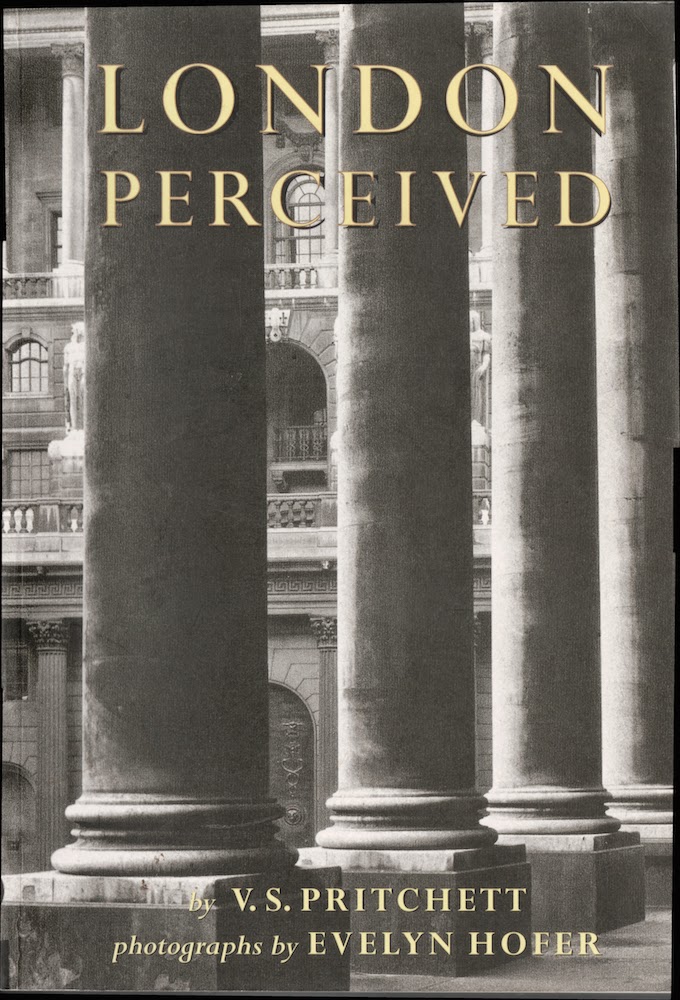 Why is it so wonderful? Well, first of all it’s beautifully written. It’s the prose equivalent of a prima ballerina – Sylvie Guillem, for example, dancing the Odette and Odile roles in Swan Lake.

But that shouldn’t come as a surprise because V.S. Pritchett is one of the two or three greatest prose stylists in English of the 20th century.

But that’s only part of the story. The other (main) reason it’s at the top of my personal Leader Board on non-fiction books on London is that it does what I wouldn’t have thought was possible.

It captures, in words, the spirit of London, the soul of the place. The London essence.

Again, for a pretty good analogy, think of a great portrait. There are any number of competent draughtsmen. Artists who can do a good likeness, draw – or paint – a portrait that looks like the sitter.

A Rembrandt though only comes along once a millennium, if that often. The point being that a Rembrandt isn’t just a superb likeness – he’s at the same time done the well nigh impossible. He’s captured, in oils on canvas, the essence of his sitters. What they’re like, their “interior landscape”, what they’ve experienced, what they’ve been through, what they’ve felt, who they are through and through. The innermost self.

And that’s what Pritchett has done with his sitter: London. It’s not just an exterior description, not just a recounting of some of what London’s been through – its history – it’s what all of that experience and all of those externalities have annealed London into it. It’s the deep inside of London – its spirit, its soul.

Deep inside but ever so evanescent. You wouldn’t have thought that that was capturable. Not in words on a page.

But that’s what Pritchett’s accomplished in London Perceived. (As long as we’re at it you might as well pause before – and let it sink in – that wonderful title. Perceived.  OED’s first definition is “take in or apprehend with the mind or senses.” That sequence is important. Mind first. The senses come second. The blind excepted we all see London.  But it’s not just a question of seeing it. Any snap happy, never been here before, couple-of-days-in-London tourist sees – well, sort of sees – London. But our book – London Perceived – it’s not just seeing it, it’s perceiving it. It’s the eyes (and ears and olfactories, etc.) and that mind of Pritchett’s. The mind of a genius.  The second OED definition of perceived drives the point home: “To apprehend with the mind; to become aware or conscious of; to realize, to discern, observe.”

To apprehend with the mind. The spirit – or soul – of London is not something you can sightsee, take a photograph of. You can only apprehend it with the mind – and only with a brilliant mind – and then somehow find the right words and get them into the right order.

Special book. A book I love. And am in awe of.

Here’s a sample passage.  From near the beginning.

“One’s first impression is of a heavy city, a place of aching heads. The very name London has tonnage in it. The two syllables are two thumps of the steam hammer, the slow clump-clump of a policeman’s feet, the cannoning of shunting engines, or the sound of coal thundering down the holes in the pavements of Victorian terraces. Lie down on the grass in the middle of a London park, far away from any street and from the numerosity, and the earth rumbles and trembles day and night. The note is low and ruminative and, in this, resembles the quiet but meaning voices of the people who hate drama more than anything else on earth and for reasons that do not totally bear inspection. As Londoners, we are – you see – drama itself and have no reason to whip ourselves up into states with sirens and altercations. We like the police to be quiet, the ambulances discreet, and the fire engines jolly.

This weight of the city and its name have another associations, mainly with the sense of authority, quiet self-consequence – known among us as modesty – unbounded worry, ineluctable usage, and natural muddle. These are aspects of a general London frame of mind. If Paris suggests intelligence, if Rome suggests the world, if New York suggests activity, the word for London is experience. This points to the awful fact that London has been the most powerful and richest capital in the world for several centuries. It has been, until a mere fifteen years ago, the capital of the largest world empire since the Roman and, even now, is the focal point of a vague Commonwealth. It is the capital source of a language now dominant in the world. Great Britain invented this language; London printed it and made it presentable. At the back of their minds – and the London mind has more back than front to it – Londoners are very aware of these things and are weighed down by them rather than elated. The familiar tone of the London voice is quick, flat-voweled, and concerned. The speaker is staving off the thought that hope is circumscribed and that every gift horse is to be looked at long in the mouth. He is – he complains – through no fault of his own, a citizen of the world.”

"The word for London is experience."

Well, more on that word experience in a forthcoming post.