No.23: Rivers of London by Ben Aaronovitch

This one was recommended to me by a London Walker 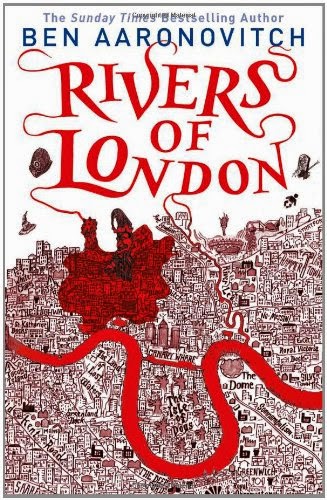 Aaaronovitch was born and raised in London and all his work reflects his abiding fascination and love for what he modestly likes to refer to as the ‘Capital of the World’.

Rivers of London is the first in a series of books which centres around the adventures of Peter Grant, a young officer in the Metropolitan Police force.

Following an unexpected encounter with a ghost, Grant is then is recruited into a small and secret (ish) branch of the Met that deals with magic and the supernatural. Having become the first English apprentice wizard in over seventy years he must immediately deal with two different but ultimately inter-related cases.

In one he must find what is possessing ordinary people and turning them into vicious killers, (Charles Macklin the very same ghost who pops up in our Ghosts of the West End walk features plus a great scene set in St Paul's Churchyard Covent Garden). In the second he must broker a peace between the two warring gods of the River Thames.

The genre is urban fantasy the location Covent Garden and Holborn but the novel also draws a great deal on the historical and mythological background of London and the Thames Valley.

Some of the characters are strongly associated with the River Thames and its tributaries. Most prominent after the Thames itself include Beverley Brook, Lady Ty, Oxley, Lea and mentions are given to the Effra, Ash, Brent and Crane. What's great about it is the supernatural element is played down, brilliant stuff from a writer who’s television credits include episodes of Doctor Who and Blake's 7.