Free. It can be a sneaky word, free.

But in this story, they really mean it – and they won't be giving you a verbal mugging for "tips" or a "donation". 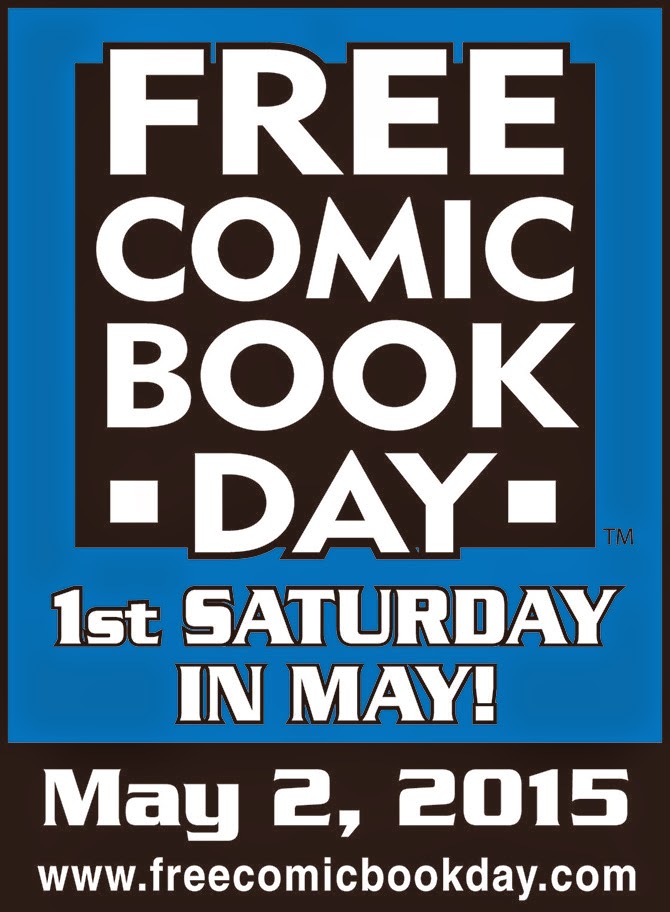 It's Free Comic Book Day 2015! Here in London we have two wonderful comic book stores – Orbital on Great Newport Street and Gosh! in Berwick Street and they are both participating in this worldwide event. Pop along today and get your free comic book!

We mentioned both Orbital & Gosh! in our Cartoon & Comic Book Tour of London on this blog earlier this year. Thanks for the free comic book, guys, we hope you have a great day!


And for more on cartoon London, your guide on this morning's Hidden West End Gin City, Seven Deadly Dials, Slum of Slums walk (meet at Tottenham Court Road station at 10:45a.m) will be dealing with William Hogarth and pointing you in the direction of London's wonderful Cartoon Museum. Then later in the day, at 2:30pm from Temple Station, Publish & Be Damned! will deal with Fleet Street's journalism days and cartoonists will feature there too.