D.C Editor Adam writes… This post originally appeared on the Daily Constitutional back in 2013 as part of our Great London Films series.

We're reblogging it tonight in honour of Sir Christopher Lee, the London-born actor who died today at the age of 93.

Lee played Dracula on the big screen nine times from the 50's to the 70's. This is one of my favourites… 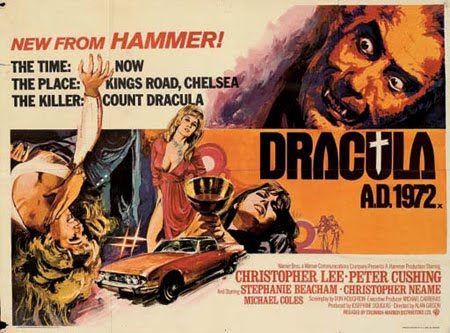 I’ve blogged about this movie before, in all its ludicrous gory glory it remains a great London favourite of mine…

A million miles from Bram Stoker it may well be. But the glimpses of London and the perfectly balanced contrast in the central performances make this film the perfect DVD to go home to after a London Walks Ghost Walk.