My Favourite London Street No.2. #Chiswick by the River

London Walks guide Ann adds to our My Favourite London Street series. "It's not really a street," she adds, but she has chosen one of London's most picturesque places. Here she is… 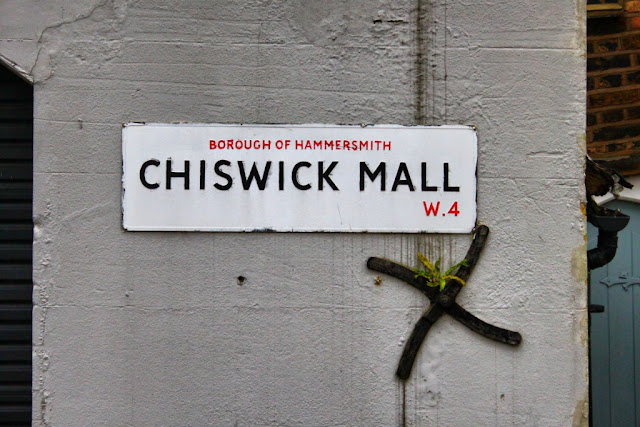 The most beautiful road in London has to be the two miles along the Thames at Hammersmith, starting at Upper Mall. You'll see herons and seagulls, rowers and the occasional pleasure boat, while you pass gardens overflowing with roses and wisteria. There are grand 17th Century houses, little cottages, grand early 20th Century semis – and a brewery. Not to mention the Georgian house where William Morris spent the last 18 years of his life.

And did I mention the pubs? The Dove, which has been there since the 15th Century and claims to have the smallest bar in the world, the Blue Anchor, where Gustav Holst used to drink, the Black Lion, with its ghost story. And if you walk far enough along you can see the Chiswick Lifeboat Station - the second busiest in the country.

Come on my walk this Saturday afternoon to hear more about Morris and his neighbours. And join Alison's walk - Charming Chiswick  to see even more of this beautiful stretch  of the river.

Ann
Ann – quondam BBC journalist and current star Blue Badge Guide – knows everything there is to know about food: its history, where to buy it, how to cook it, how to enjoy it and, into the bargain, how to keep your figure! Of which she's an exemplar!!

Here's Ann in action with her Foodies London Walk…

Email ThisBlogThis!Share to TwitterShare to FacebookShare to Pinterest
Labels: Along the Thames, Chiswick, London Streets