Adam writes… Stage doors. They can be singularly unglamorous places. Here I am trying to add a dash of panache to the stage door at the Dominion Theatre on the Rock'n'Roll London Walk… 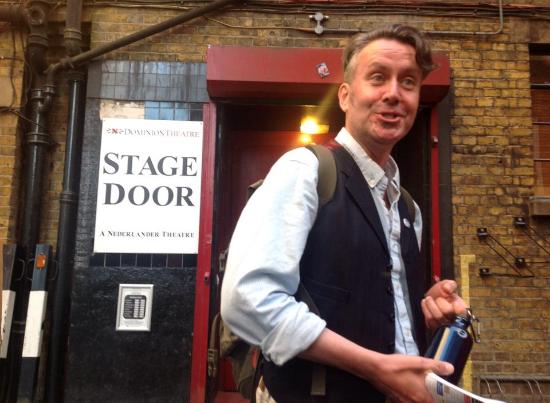 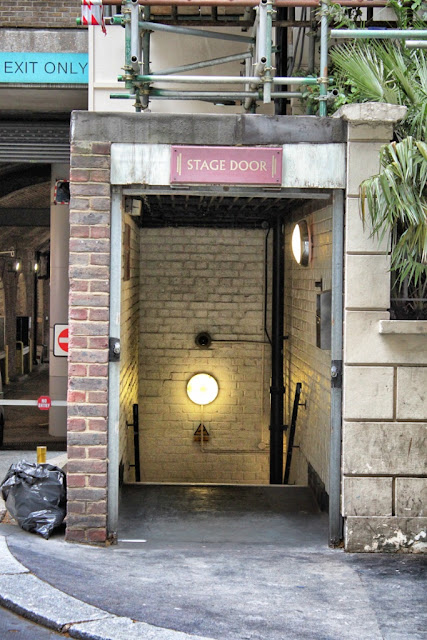 … down by the Embankment, it's The Playhouse Theatre and something of a shrine for both music AND comedy geeks (I'm guilty of both).

From 1951 the BBC was in residence at The Playhouse and The Goon Show was recorded here. BBC sessions from the Beatles, The Who, Zep, The Stones and Pink Floyd also took place at the theatre which dates in its current form from 1907.

In one famous incident, on 28th July 1967, the Floyd's Syd Barrett went missing from a session for the BBC's Saturday Club. The session had to be abandoned as a consequence. It was presumably via this door (above) through which Barrett, by all accounts in midst of a freak out, made his escape.

The production currently in residence at The Playhouse is 1984, a dramatisation of the George Orwell novel, a book which is not without its own rock'n'roll connections. 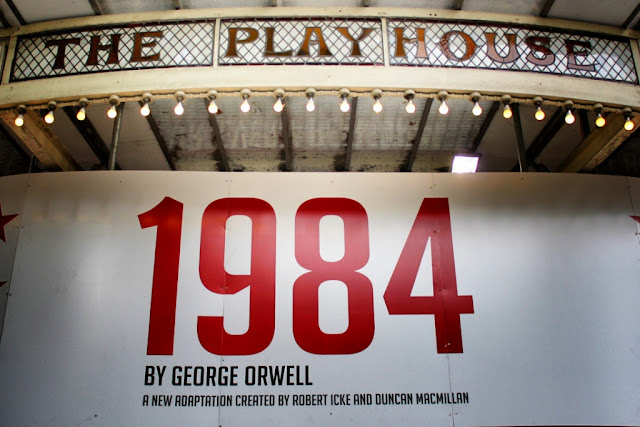 In 1973 David Bowie approached the estate of George Orwell to adapt 1984 for the stage. Permission was denied and the Diamond Dogs album – a glam dystopia influenced by Orwell – is the result.


Here are a few tracks from BBC sessions at The Playhouse…

Richard P is leading the Rock'n'Roll London Walk today at 2pm from Tottenham Court Road station. There's no need to book, the walk costs £10 per person and £8 for concessions.